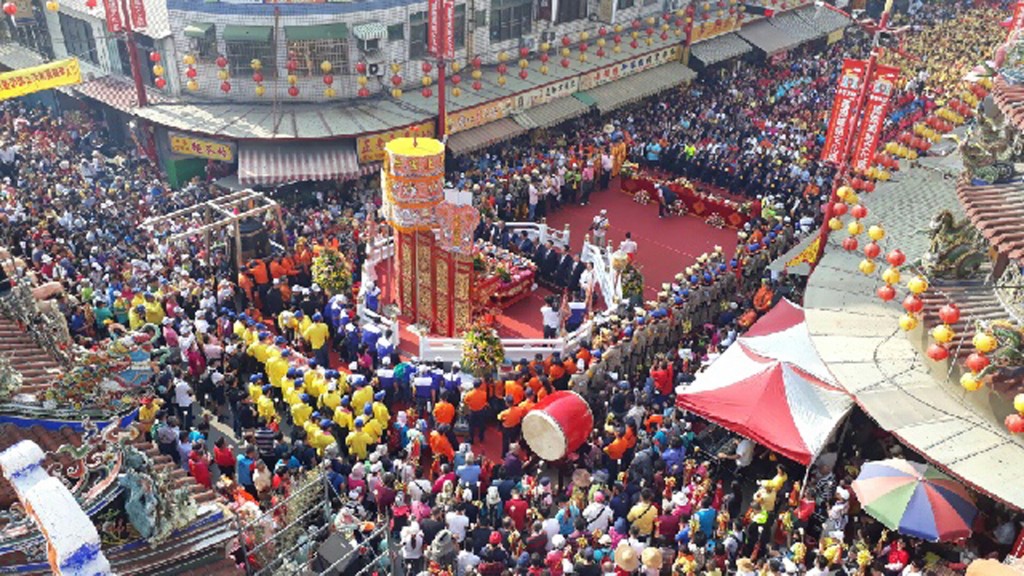 TAIPEI (Taiwan News) — As cases of the coronavirus (COVID-19) continue to rise in Taiwan, worries that the upcoming Mazu temple tour, which draws thousands of participants to central Taiwan each year, could become a hotbed of infection also increase.

The annual Dajia Mazu Pilgrimage will set off from the Jenn Lann Temple in Taichung on March 19. A statue of the Taoist sea god, carried by temple staff and followers on foot, will make stops in Yunlin, Chiayi, and Changhua counties before returning to Taichung on March 28, traveling over 300 kilometers in nine days.

The largest of its kind in Taiwan, the annual pilgrimage draws tens of thousands of people annually, including temple staff, local communities, and followers from across the island as well as domestic and foreign tourists, and the number continues to increase year after year.

However, the pilgrimage, once acclaimed by Discovery as one of the world’s three major religious festivals, is facing a major challenge amid the escalating virus that has sickened nearly 80,000 people globally and killed more than 2,000.

Yen Li-ming (顏莉敏), deputy speaker of Taichung City Council and daughter of the chairman of the Jenn Lann Temple, Yen Ching-piao (顏清標), said she was not clear on the measures the temple would take against the infectious disease. However, she said those who have planned to take part in the pilgrimage are encouraged to take enhanced precautions or cancel their trip if they are very concerned.

Despite calls from medical experts to call off the pilgrimage, Yen Ching-piao has expressed determination to carry on as planned. “Mazu and the Jade Emperor will cooperate and stamp out the epidemic in Taiwan and the world,” said the chairman, referring to the two major deities predominant in traditional religion on the island.

Yen said he would pray to the gods for an early end to the epidemic: “People should not be worried. Mazu will protect us.”

The Central Epidemic Command Center has no plans to ban large-scale public events for now, as the chance of community-transmitted infection remains low, according to Deputy Director-General of the Centers for Disease Control (CDC) Chuang Jen-hsiang (莊人祥). Nevertheless, he encouraged organizers and would-be participants of mass gatherings to refer to advisories issued by the CDC and take preventive measures.

In addition to visiting temples and shrines throughout different towns and villages, the annual pilgrimage comprises various rituals carried out by temple staff and performances by dance troupes, performers on electronic stage trucks, and others. Local communities are also likely to offer free food as an act of gratitude for the protection of the gods, giving streets the atmosphere of an open-air buffet carnival.

Taiwan has confirmed 28 cases of the virus as of Monday morning (Feb. 24), with a few clusters taking place within families. Among the infected, one has died and five have been discharged from the hospital after making a recovery.