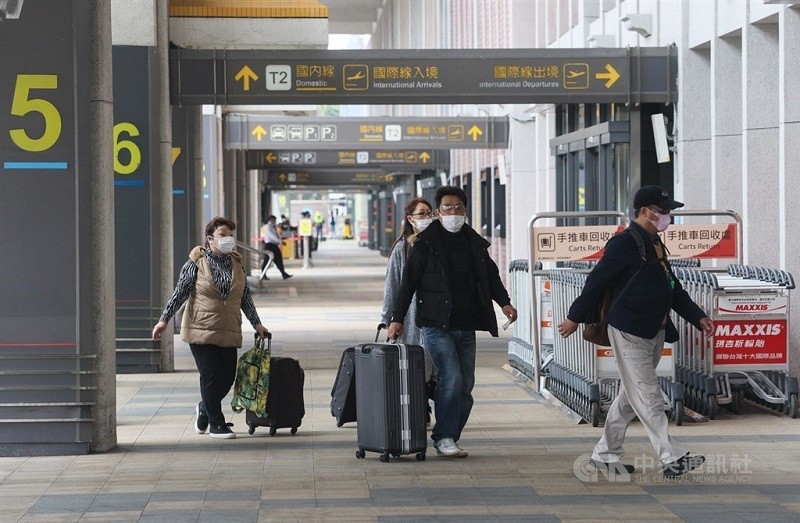 Taiwan's Central Epidemic Command Center (CECC) on Sunday announced a prohibition on overseas travel by the country's healthcare professionals, saying it was a temporary measure to effectively manage human resources amid the spread of the deadly novel coronavirus (COVID-19).

Health Minister Chen Shih-chung (陳時中), who heads the CECC, said that with the current shortage of manpower in the health system, Taiwan cannot afford to put its medical personnel into 14-day quarantine when they return from trips abroad.

The prohibition applies only to frontline medical personnel employed in hospitals nationwide and does not extend to the staff at clinics, according to the CECC.

Healthcare professionals who must attend important meetings and epidemic-related seminars abroad will have to obtain approval from the relevant health authorities at the local government level, the CECC said.

The announcement came one day after three local governments banned overseas travel by their public servants.

The island county of Penghu was the first to impose the ban, saying it was aimed at lowering the risk of its employees contracting the deadly virus.

Later in the day, Taichung and Tainan cities said their public servants would be prohibited from visiting countries and territories listed in the CECC's Level 2 and 3 travel alerts.

These include China, Hong Kong and Macau, for which the CECC has issued a Level 3 travel warning, its highest alert, which urges people to avoid unnecessary travel to those places, due to the COVID-19 outbreak.

The CECC has also issued travel warnings for Singapore, Japan and South Korea (Level 2), and for Thailand, Iran and Italy (Level 1), urging travelers from Taiwan to take precautions while in those countries.

The local governments in other municipalities in Taiwan have said they do not plan to prohibit overseas travel by their employees but will ask them to observe the CECC travel warnings.
Meanwhile, the national Directorate-General of Personnel Administration said Sunday that it respects the local governments' decisions but has no intention of imposing a national ban on public servants any time soon.

In the military, personnel have been advised against visiting any of the 29 countries and territories that have so far reported COVID-19 cases, after it was confirmed that two of the 600-plus infections inSouth Korea had occurred in the military.

Taiwan's military spokesman Shih Shun-wen (史順文) said the travel advisory was meant to prevent an outbreak among the troops responsible for national security.

Military personnel who choose to travel to any of 29 areas listed by the CECC as having confirmed COVID-19 cases will be required to remain in quarantine for 14 days after they return, and that time will be deducted from their annual leave, Shih said.

As of Sunday, the number of COVID-19 cases in Taiwan had climbed to 28, with one death.