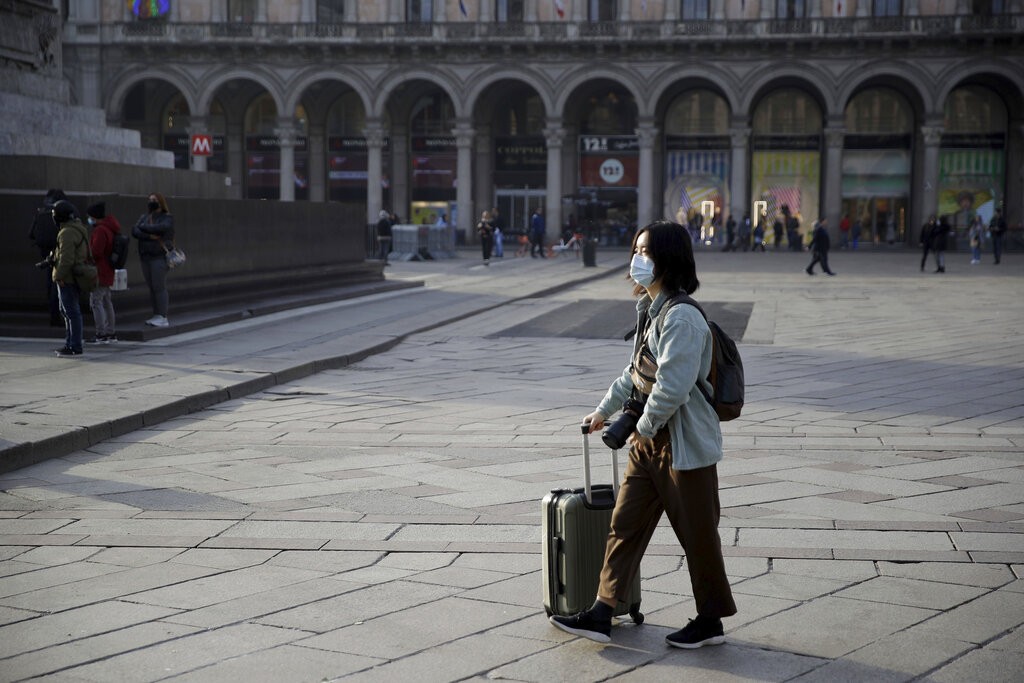 TAIPEI (Taiwan News) — Taiwan raised its travel advisories for Italy and Iran to a “Watch,” due to an escalation in the number of the coronavirus (COVID-19) cases in the two countries on Sunday (Feb. 23).

The Central Epidemic Command Center (CECC) advises individuals who wish to travel to Italy or Iran to practice enhanced precautions and monitor their health for two weeks after returning to the country. More than 78,800 cases of the SARS-like disease have been reported globally as of press time, with more than 2,400 people killed.

Cases of the new virus have surged in Italy over the past few days, with a confirmed 79 so far, including two deaths and one recovered. Of the remaining 76 who have contracted the disease, 54 are in Lombardy, 17 in Veneto, two in Emilia Romagna, two in Lazio, and one in Piemonte.

Italy has seen a number of COVID-19 clusters, but it remains unclear where they originated. The authorities have put 10 towns in Lombardy on lockdown and are preventing travel between the most affected regions of northern Italy and other parts of the country.

Iran has confirmed 28 cases of the viral infection in at least four cities across the country, including its capital, Tehran, since the report of its first case last week. Six people have died from the disease so far.

The Iranian authorities said the virus was first brought into the country by a citizen who traveled frequently between Iran and China. The virus has since spread to other Middle Eastern countries, such as Lebanon and the United Arab Emirates.