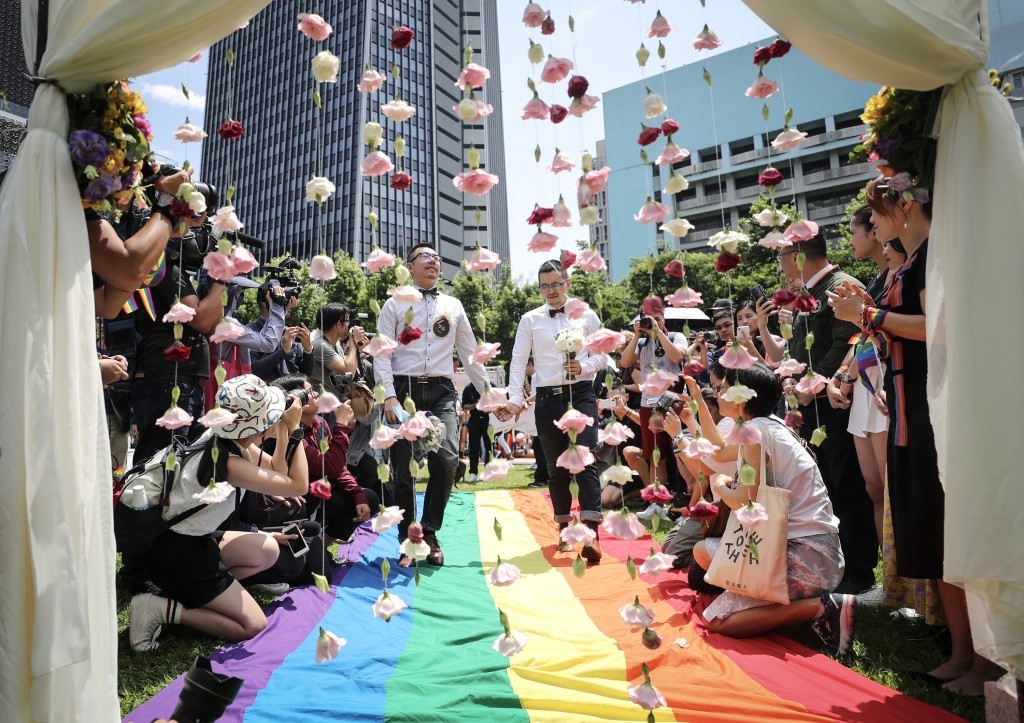 TAIPEI (Taiwan News) — Since becoming the first country in Asia to legalize same-sex unions in May 2019, Taiwan has seen 2,939 same-sex weddings, the Ministry of Interior said Saturday (Feb. 22).

The Legislative Yuan approved gay marriages in a vote last May 17, following years of campaigning and court rulings. According to the latest statistics, Taiwan registered a total of 134,524 weddings in 2019, CNA reported.

The figure amounted to a drop of 0.65 percent compared to the previous year and the lowest total in a decade. A total of 21,216 marriages, or 15.77 percent, were between a Taiwanese and a foreign citizen, with 42.45 percent of those involving nationals from Southeast Asia and 31.57 percent Chinese citizens.

As for same-sex marriages, 928 were concluded between men and 2,011 between women, ministry data showed. Geographically, the largest number took place in New Taipei City, namely 614, followed by 484 in Taipei City and 396 in Kaohsiung City.

Gay rights activists have also been campaigning for the legalization of same-sex marriages between a Taiwanese citizen and a partner from a country which ban the practice. At present, only citizens from countries where same-sex marriage is legal can marry their Taiwanese partner on the island nation.