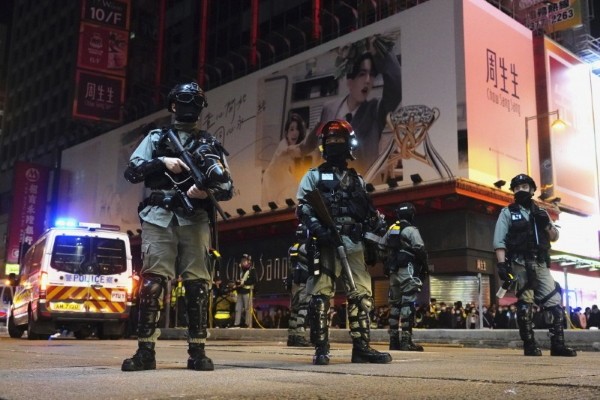 TAIPEI (Taiwan News) — On Thursday evening (Feb. 21), a Hong Kong police officer was officially diagnosed with the Wuhan coronavirus, raising fears of a potential outbreak in the police force after he attended a banquet with a number of other officers.

As Hong Kong reached 68 confirmed cases of novel coronavirus (COVID-19) and two deaths, Stand News on Thursday reported that a police officer had been officially diagnosed with the disease that evening, bringing the total to 69. His wife and mother-in-law have also been found to be presenting symptoms of the disease and are undergoing testing.

According to the report, the 48-year-old police officer lives in Yau Mei Court Yun Mei House (油美苑潤美閣), a Disciplined Services dormitory in Hong Kong's Yau Tong area. Medical staff told the news service that he had developed a fever and cough on Feb. 18 and registered in the outpatient department of a local hospital.

However, that evening the officer, who is based at North Point Police Station, went ahead and attended a dinner party for the retirement of a district commander before returning to the clinic Feb. 19. Doctors took saliva samples for examination on Feb. 20, and he was diagnosed with the disease that evening.

The event reportedly took place in the city's Western District, and 59 other officers attended.

On its official Facebook page, the Hong Kong Police Force pointed out that the officer had no recent history of outbound travel. The announcement stated that all of the officers who were at the party have been placed under quarantine and are cooperating with the Department of Health.