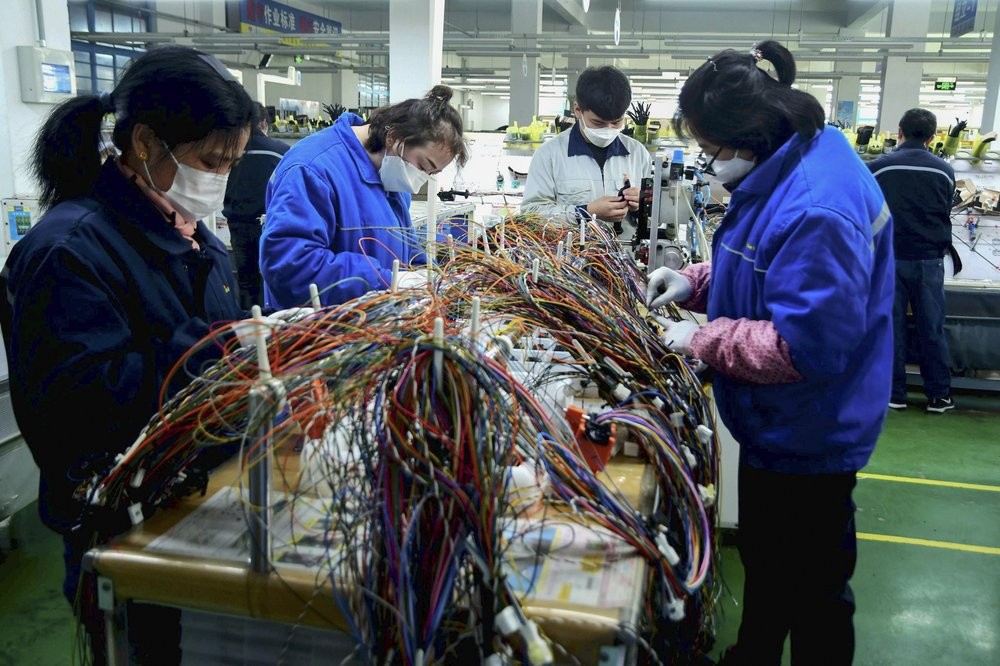 TAIPEI (Taiwan News) — Foreign companies are having a difficult time maintaining operations in China despite some workers having returned from the extended Lunar New Year holiday; labor shortages and plummeting sales prevail.

In the past weeks, international brands have shut down a myriad of stores in China amid the Wuhan virus outbreak. Nike said it has shuttered about half of its locations in China, and its remaining stores have seen shortened hours owing to fewer shoppers.

Despite the loss in sales, companies remain cautious about whether to reopen their doors: fear of the epidemic being one reason and low footfall being the other. After suspending operating its Chinese operations entirely on Feb. 1, Apple has reopened several with limited hours.

Meanwhile, manufacturers in China are also struggling to get production back on track in the face of a shortage of workers.

Even at factories that have been allowed to open, coronavirus prevention measures, such as a 14-day quarantine for workers who have recently visited high-risk areas, have still left many production lines empty. General Motors told AP that it began a “staggered start” at its factories on Feb. 16.

The news agency pointed out that the coronavirus outbreak might even worsen the Chinese automobile market's two-year sales decline. Sales of SUVs, minivans, and sedans hit an annual peak of $24.7 million in 2017 and have fallen ever since. Last year’s revenues tumbled by 9.6 percent to $21.4 million.

Taiwanese manufacturers in China are recovering, but slowly. Inventec has brought back 60 percent of the production volume of its Shanghai factories while Wistron announced its factories in Chongqing and Chengdu have reopened after receiving the green light from local authorities, reported Tech News.

An employee at Foxconn, Apple's largest supplier in China, told NPR that 4,000 people used to work one production line at the multinational's Kunshan factory, but now it is manned by only a dozen. "Even if you come back to the factory, you have to spend 14 days in quarantine. We have some longtime workers that haven't even returned," the worker said.

Apple informed its investors on Feb.17 that it did not expect to meet its revenue guidance for the first quarter due to constrained supply and falling demand within China resulting from the store shutdowns.