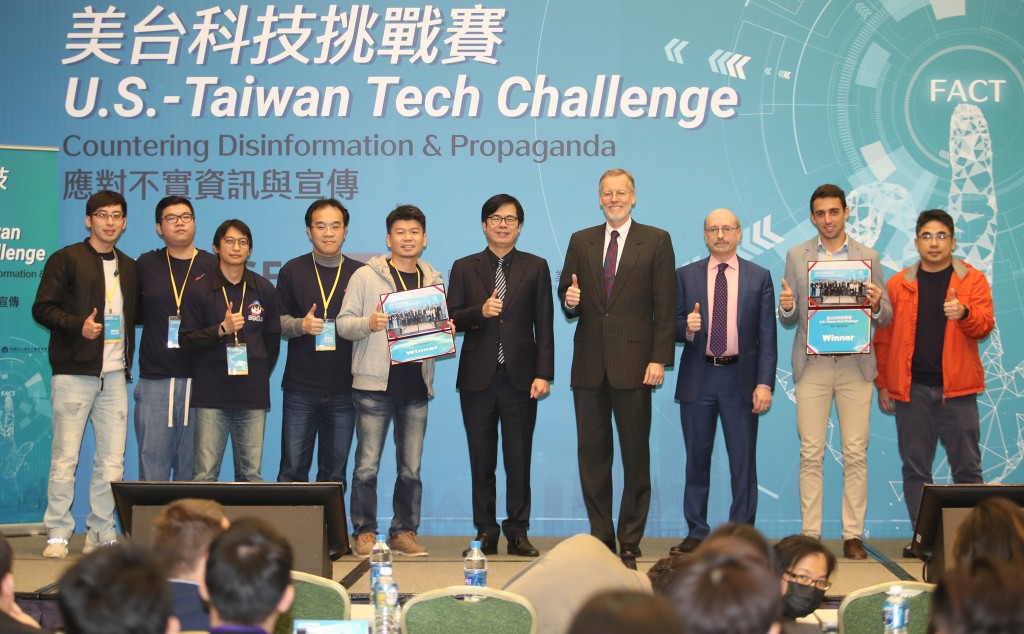 TAIPEI (Taiwan News) — A Taiwanese tech team has been awarded $US175,000 in a competition funded by the U.S. Department of State to seek solutions to counter disinformation.

A team of six members from Trend Micro Taiwan won the biggest prize in the U.S.-Taiwan Tech Challenge as it concluded in Taipei on Thursday afternoon (Feb. 20). The event, supported by the U.S. Department of State’s Global Engagement Center, a government agency handling foreign propaganda and disinformation, selected seven companies from Taiwan, Israel, and Australia for the final competition.

It is an honor for Trend Micro to make contributions to the area of information security, said Kalin Chih, a member from the winning team. The team has been working with the Criminal Investigation Bureau in Taiwan on fraud-busting efforts, and it looks forward to collaborating with other partners on tackling disinformation in the future, he said.

Another company from Israel, Cyabra, received an award of US$75,000 in the competition. The prize will be allocated to more research and development in the company, said Assaf Danby, a representative from Cyabra.

“The threats that propaganda and disinformation pose to our democratic societies and values are indeed critical,” remarked Brent Christensen, director of the American Institute in Taiwan (AIT). “All sectors of society — not just government — must work together to find innovative solutions to the pressing problem of disinformation and the manipulation of the truth by malign actors,” he said.

The efforts to fight against disinformation cannot be dependent solely on the government, said Taiwan’s Vice Premier and chief information security officer in the Executive Yuan Chen Chi-mai (陳其邁). The administration has been working with NGOs to clear up rumors circulated on the internet, he said.

Chen compared the dissemination of viruses to the spread of disinformation. Individuals require immune systems to detect and destroy bacteria, just as societies need the ability to distinguish disinformation from the truth, he said.

Disinformation and misinformation jeopardize democratic societies and freedom of speech, said Chen, calling for collaborations with other countries in seeking solutions to the issue.