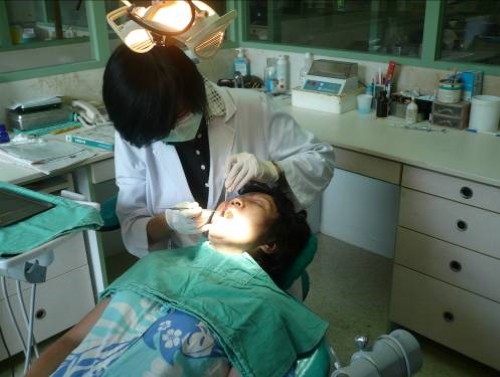 TAIPEI (Taiwan News) — A Taiwanese woman with a toothache was rejected by 10 dentists after they learned that she had recently returned from Hokkaido, Japan, but the Ministry of Health and Welfare (MOHW) makes clear that denial of medical treatment can result in a fine as high as NT$50,000 (US$1,600).

A Taiwanese woman, surnamed Cheng (鄭), who recently traveled to Hokkaido, started to suffer swelling and pain in her gums and went to a dental clinic to have her teeth examined. When she filled out a questionnaire about her recent travel history, the clinic refused to treat her because she had recently traveled to Japan, where there have been 705 confirmed cases of the novel coronavirus (COVID-19) and three deaths.

On the digital billboard outside the clinic, a message can be seen scrolling across which reads, "Taking a high standard of infection control, protecting patients," according to EBC. Cheng told the news site that when she was rejected by the first clinic she began crying out of rage and insisted that she did not have any symptoms of the disease and had constantly monitored her temperature.

Cheng said that she visited Hokkaido from Feb. 10 to Feb. 15. She said that she went to work the next day after she returned from Japan.

On the morning of Feb. 18, she said that her gums had become swollen and painful. That afternoon she visited the first clinic, but she was rejected because of her travel history.

She said that she was in such great pain that she could no longer eat. Cheng told EBC that she contacted approximately 10 clinics in total and was rejected by all of them when she told them she had recently visited Japan.

One clinic even told her that because she had just returned from Hokkaido, she must undergo a 14-day quarantine and they could not help her. In fact, there is no such regulation currently in place requiring travelers to Japan to automatically undergo a quarantine when returning to Taiwan.

Cheng called the CDC's 1922 hotline and they recommended that she go to a hospital for treatment, which she thought was ridiculous. When questioned by EBC about the incident, the clinic released a notice from the Central Epidemic Command Center (CECC) which read: "Starting on Feb. 16, community monitoring should be comprehensively strengthened."

The statement announced that all persons returning from abroad within the past 14 days who are suspected of having contracted the disease should be subject to screening. The clinic said that dentists are in a high-risk environment and that after receiving the CECC notice, they explained the necessity of epidemic prevention to the patients concerned.

However, after hearing of Cheng's case, the MOHW and the Centers for Disease Control both said that doctors cannot refuse to treat patients. Doctors who are found to be refusing to treat patients in Taiwan can be subject to a fine of between NT$10,000 and NT$50,000.