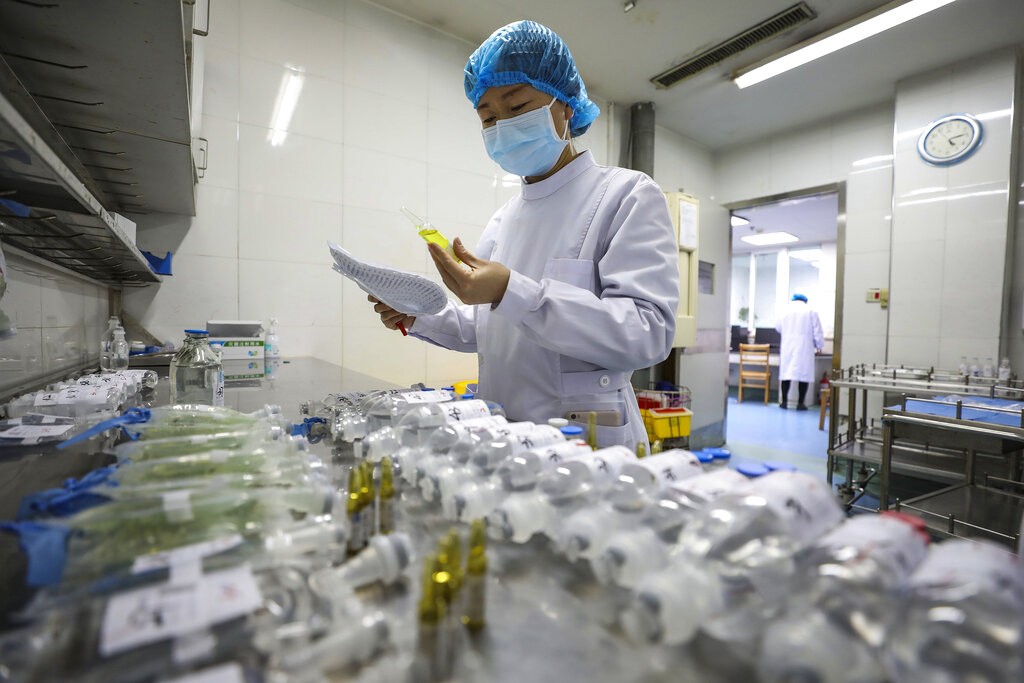 TAIPEI (Taiwan News) — On Wednesday (Feb. 19), China's National Health Commission (NHC) announced that it is again changing the method by which Wuhan coronavirus infections are tabulated, with patients in Hubei Province being classified in the same way as other patients across the country, significantly reducing the number of cases reported on Thursday.

In a notice issued by the NHC on Feb. 6, it wrote that the classification of new Wuhan virus infections will be divided into four categories: "suspected cases," "clinically diagnosed cases," "confirmed cases," and "positive tests." Among these, "positive tests" refers to "asymptomatic infected patients" who test positive for the disease but have no symptoms.

Then, on Feb. 13, Hubei suddenly began including "clinically diagnosed cases" based on computerized tomography (CT) scans in its infection numbers, making it the only province to use the method to diagnose such cases. That day, the number of new infections skyrocketed to 14,840 and deaths rose by 242, of which 135 were derived from the new CT scanning method, reported Fortune.

There was no explanation as to the time period of the diagnoses made with the CT scanning method. An NHC spokesman was also unable to explain why Hubei had started including "clinically diagnosed cases" over a week after the official edict had been announced.

In yet another reversal, the sixth version of its guidelines for the calculation of novel coronavirus (COVID-19) cases released on Wednesday, the Chinese government said that there will no longer be a difference between the methods used by Hubei and other provinces to generate infection reports. In addition, the numbers of classifications will be reduced again to just "suspected cases" and "confirmed cases."

The new guidelines no longer mention CT scans and instead say that all confirmed cases must be determined based on laboratory tests known as nucleic acid tests (NATs). The removal of CT scans as a method of detecting the disease will likely lower the number of confirmed cases reported each day.

The number of officially confirmed cases of Wuhan virus have been steadily dropping since the massive surge on Feb. 13. On Thursday (Feb. 20), the first full day since the new counting scheme was announced, only 394 confirmed cases were reported, a dramatic drop from 1,749 the previous day.