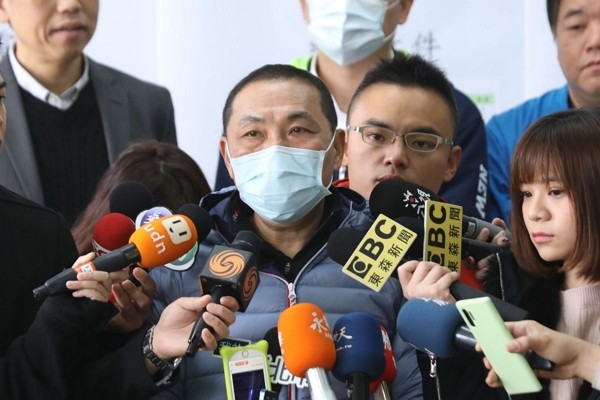 TAIPEI (Taiwan News) — New Taipei city resident Kuo Fu-wen (郭富文), who had escaped from home quarantine since his return from China Feb.7, has been found in a hotel in Taoyuan City and will face heavy fines as well as time in the quarantine zone.

On Tuesday (Feb. 18), the New Taipei Department of Civil Affairs revealed the names of two city residents who have avoided the authorities' contact attempts despite being placed under home quarantine. The department officials said that both quarantine violators have provided false contact information and could not be located.

Following the announcement, the police received reports that Kuo had checked into a hotel outside the city and were able to find him Wednesday morning (Feb. 19). When asked about the motivation behind his refusal to comply with the quarantine rule, Kuo claimed that he was healthy and there was absolutely no reason for him to stay home, reported ETtoday.

During a press interview, New Taipei City Mayor Hou Yu-ih (侯友宜) said that Kuo has tested negative for the Wuhan coronavirus (COVID-19). However, Hou said Kuo "intentionally" used wrong information to misguide the authorities, so the government will adopt a stricter punishment to deter such behavior.

Hou stressed that there are currently 4,316 people under home quarantine in the city and the government should not tolerate behaviors that endanger the public. He added that any individuals violating the quarantine rule on purpose will be placed in an assigned quarantine zone since they cannot be trusted at home.

The New Taipei city mayor said that the government will continue to generate better ways to track those quarantined. He also urged the Taiwanese citizens to take responsibility for the health of the entire population and not challenge the law, reported CNA.