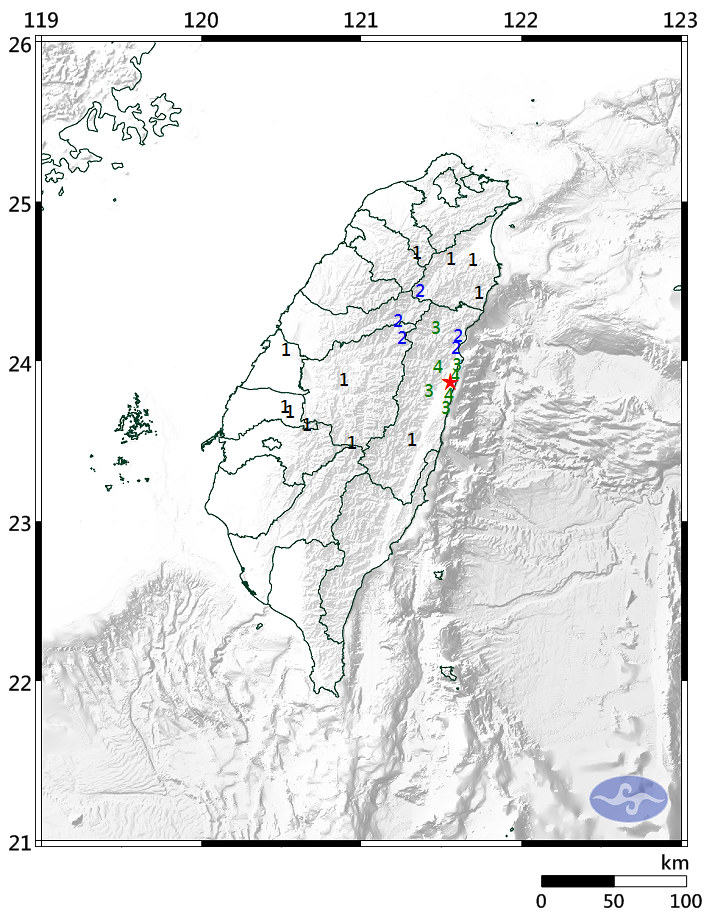 The latest quake struck at a depth of 7 kilometers, in the township of Shoufeng 14.6 km southwest of the Hualien County Government, the Central Weather Bureau said.

It was not immediately known whether it was an aftershock of the magnitude 5.5 quake which hit the same region Saturday evening at 7:00 p.m. and was felt almost islandwide. The first shock was followed by a 5.1 quake within five minutes.

In the early hours of Sunday (Feb. 16) morning, a magnitude 4.9 tremor struck the Hualien area.