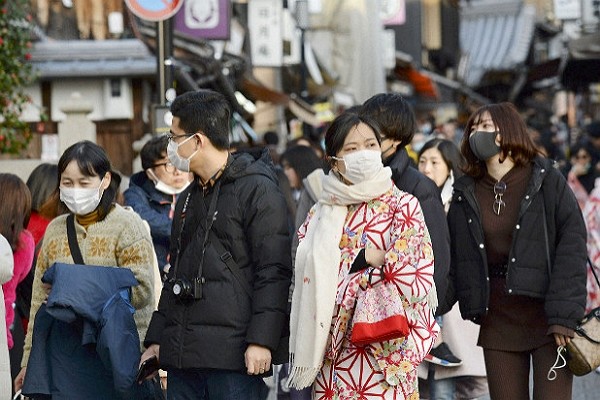 TAIPEI (Taiwan News) — A national survey conducted by Japanese newspaper The Asahi Shimbun showed that more than 85 percent of Japanese are concerned about the Wuhan coronavirus (COVID-19) epidemic in the country.

The survey, which was carried out between Feb. 15 and Feb. 16 through computer-assisted telephone interviews, found that 50 percent of respondents are dissatisfied with the Japanese government's response to the viral outbreak. By comparison, only 39 percent approve of Japanese Prime Minister Shinzo Abe's efforts.

In the survey, 85 percent of the respondents said they were worried about the growing number of domestic infections, and only 13 percent indicated that they are confident the situation is under control. Regarding the Japanese government's handling of the coronavirus-plagued cruise ship the Diamond Princess, close to 45 percent said keeping the passengers on the ship is "inappropriate," while 39 percent took the opposing stance and regarded the decision as "appropriate."

Amid increasing concern among the public, the Japanese Ministry of Health on Monday (Feb. 17) provided specific hotlines to citizens who are experiencing shortness of breath and have a temperature of 37.5 degrees Celsius or higher. Many Japanese companies are also starting to allow employees to work from home to avoid exposure to the virus in the country's congested public transportation systems, according to CNN.