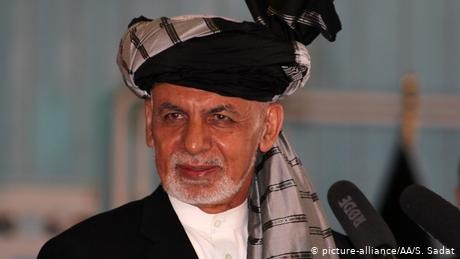 Ashraf Ghani has won a second term as Afghanistan's president after final election results were released on Tuesday.

However, doubt was soon cast on the outcome as runner-up Abdullah Abdullah announced he would contest the result of last year's poll and vowed to form his own parallel government.

Read more: Bundeswehr in Afghanistan: What you need to know

"Our team, based on clean and biometric votes, is the victor and we declare our victory. The fraudsters are the shame of history and we announce our inclusive government," Abdullah said at a press conference in Kabul.

The fraction over 50% Ghani garnered means he is able to avoid a second round of voting according to electoral rules.

President Ashraf Ghani, 70, once described his job as the worst in the world. He previously worked with Abduallah in a fragile national unity government that was put together under US pressure after both leaders claimed victory in Afghanistan's last elections in 2014.

The election last fall had the lowest voter turnout since the fall of the Taliban regime in 2001.