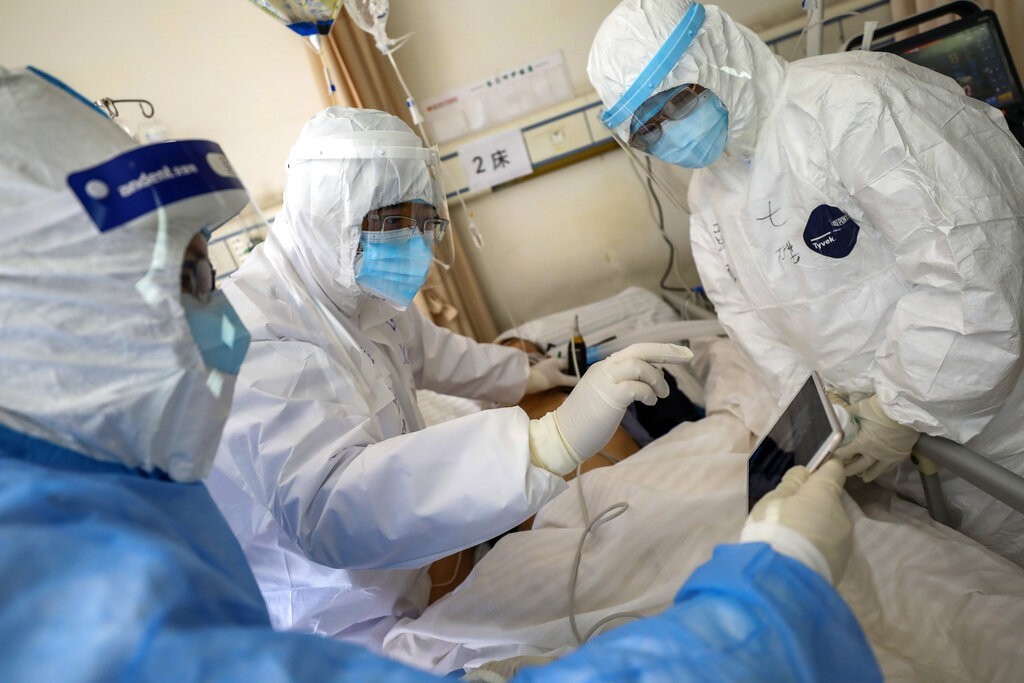 TAIPEI (Taiwan News) — As confusion and rumors swirl around both the common flu and the Wuhan coronavirus, a Taiwanese doctor says that the key signs of the latter are lower respiratory tract symptoms, while a runny nose and sore throat are more likely signs of the flu.

Over 80 percent of those presenting symptoms of the novel coronavirus (COVID-19) develop a fever. However, because there is also an influenza epidemic raging, many patients with the flu also have a fever, making the two difficult to distinguish initially.

Su I-feng (蘇一峰) a pulmonologist at the Yangming Branch of Taipei City Hospital said that COVID-19 primarily affects the lower respiratory tract. Therefore, lower respiratory symptoms such as a cough and difficulty breathing are more common than they are in flu patients.

Su said that relatively speaking, upper respiratory symptoms, such as a stuffy or runny nose, and a sore throat are less common with the coronavirus. He said that an investigation of a patient's contact and travel history combined with x-rays or computed tomography (CT) scans to search for bilateral ground-glass opacities are currently the main methods of identifying patients at high risk for Wuhan coronavirus.

Recently, there have been many reports of asymptomatic patients later being diagnosed with the disease. Su cited an example put forward by Chinese scholars in The Lancet on Feb. 13 in which one patient had no obvious respiratory symptoms while undergoing brain surgery.

However, after the operation, the patient later developed pneumonia and rapidly deteriorated, and 14 medical and nursing personnel were later infected as a result. Su said that this and similar cases show that people who are asymptomatic or have mild symptoms are still highly infectious.

In addition, he also mentioned that the death rate of the Wuhan coronavirus is not clear at present and that most of the published death cases have been elderly and chronically ill patients. He pointed out that the latest research from the University of South Carolina found that smokers are more susceptible to catching COVID-19.

Scientists found that levels of Angiotensin-converting enzyme-2 (ACE2), the receptor the virus uses as its host, are higher in smokers. Increased levels in ACE2 could make smokers more susceptible to contracting the disease.

Therefore, Su advised people to reduce their smoking as much as possible to better ward off the virus.

As for the internet rumor circulating that the flu is far deadlier than COVID019, an analysis of 44,672 coronavirus patients in China found that 1,203 had succumbed to the disease by Feb. 11, according to the New York Times. This equates to a mortality rate of 2.3 percent, far deadlier than the common flu, which has a fatality rate of about 0.1 percent in the U.S.