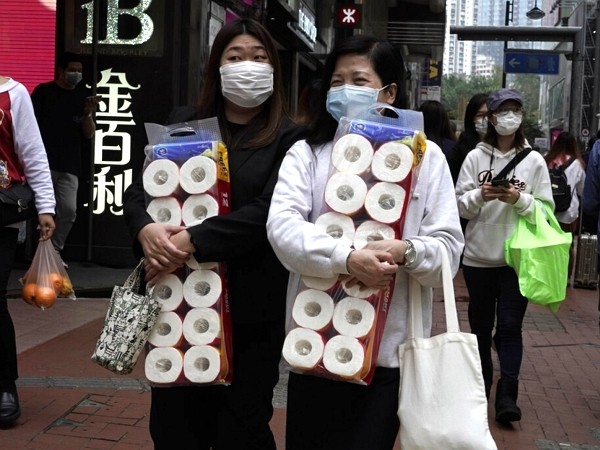 TAIPEI (Taiwan News) — Three armed robbers reportedly stole 600 toilet rolls from a supermarket in Hong Kong on Monday morning (Feb. 17), after a wave of panic-buying due to the Wuhan coronavirus (COVID-19).

According to UDN, three masked men in their 20s took approximately HK$2,000 (US$258) worth of toilet paper from a delivery man outside a Wellcome supermarket in Mong Kok. Police said that one of the robbers was armed with a knife.

Police suspect the crime is linked to coronavirus-triggered panic buying and said they are tracking down the suspects. Despite the Hong Kong government's assurances that daily supplies are unaffected by the viral outbreak, many supermarkets have over the past few weeks been emptied of toilet roll and foods such as rice and pasta.

As soon as news of the robbery broke, many Chinese internet users said they were not surprised by the crime since toilet paper has become a hot commodity in the special administrative region and China. As of Monday afternoon, there have been 57 confirmed cases of COVID-19 in Hong Kong, including one death.

Similar panic buying occurred in Taiwan earlier this month after an online rumor surged on social media that surgical mask production had exhausted the raw materials for toilet paper. Since then, the Taiwan government has cleared up the rumor and arrested the marketers responsible, reported Liberty Times.