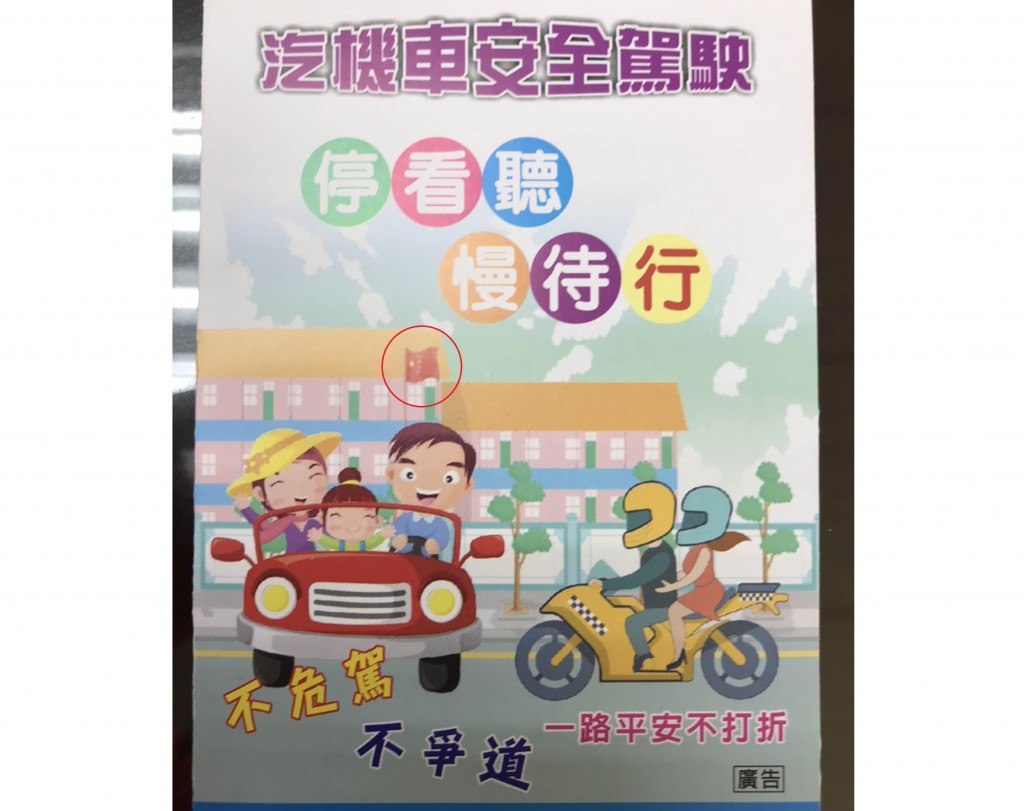 TAIPEI (Taiwan News) - Three officers from the Kaohsiung City Police Department have been penalized for a road safety flyer issued by the agency having a Chinese national flag.

The police officer responsible for reviewing the image before printing was given two demerits for negligence. The officer’s supervisor was given one demerit and demoted.

In addition, the head of the traffic division from the agency, surnamed Chen, also got one demerit. The police department convened on Sunday (Feb. 16) to discuss the punishments of personnel involved in the incident and possible approaches to make up for the mistake.

The officers were originally given a reprimand, but the police agency decided to elevate the punishment after the internal meeting.

The flyer, printed last year, was intended to promote safe driving and riding. A citizen last week reported that the flyer had China’s red and five-star flag in the background.

The agency said the company commissioned to print the flyer had sourced the free image from the internet. It said it would recall all the flyers that had been circulated and replace them with new ones.