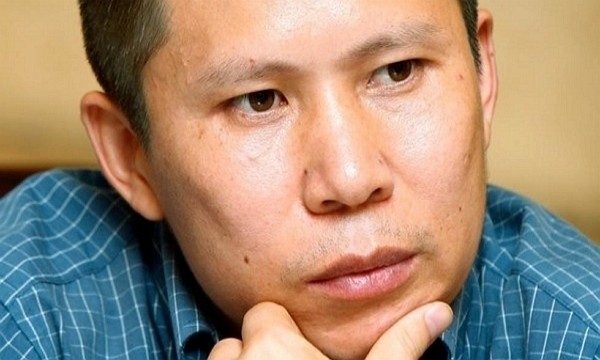 According to Liberty Times, Xu had been hiding at his law firm colleague Yang Bin's (楊斌) house in Guangzhou, but was captured by Chinese police after strict household screenings were implemented due to the coronavirus outbreak. Yang and her family were also detained before being released on Sunday (Feb. 16).

Through social media postings earlier this month, Xu, a lawyer and former lecturer at the Beijing University of Post and Telecommunications, publicly asked the Chinese leader to resign and said the coronavirus outbreak had exposed Xi's obvious inability to govern the country. Referring to himself as "the child in the Emperor's New Clothes," the activist suggested Xi should step down since he does not have the necessary confidence of a politician or the desire to listen to the Chinese population.

Xu pointed out in his article, which was reposted by many internet users in China before being taken down, that the Chinese Communist Party's (CCP) failed attempts to contain the viral outbreak have caused widespread dissatisfaction around the country. He added the U.S.-China trade war and the Hong Kong anti-extradition bill protests have also contributed to the people's frustration.

This was not the first time the CCP targeted Xu for his public remarks. He was previously sentenced to four years in prison on the charge of disturbing public order, according to Taro News.