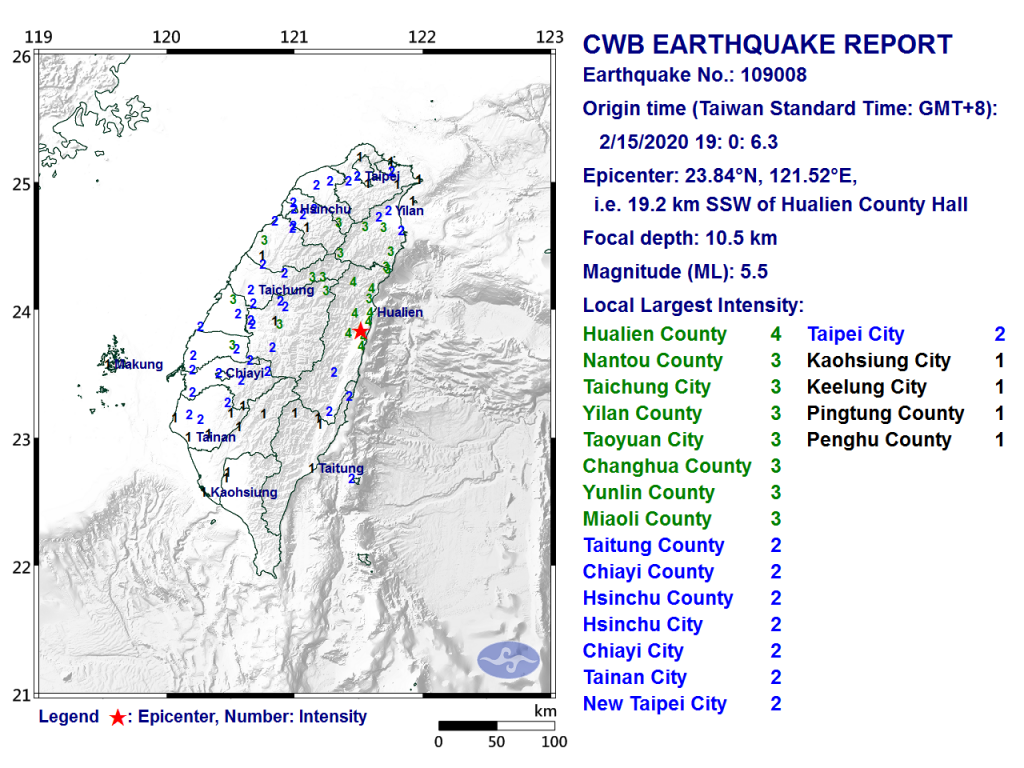 The epicenter of the first temblor was located 19.2 kilometers south-southwest of Hualien County Hall at a focal depth of 10.5 kilometers, based on CWB data. Taiwan uses an intensity scale of 1 to 7, which gauges the degree to which a quake is felt at a specific location.

The second quake's epicenter was located 18.1 km southwest of Hualien County Hall 8.4 km under the surface. It registered an intensity of 3 in Hualien and Yilan.

No injuries resulting from the quakes have been reported at the time of publication.