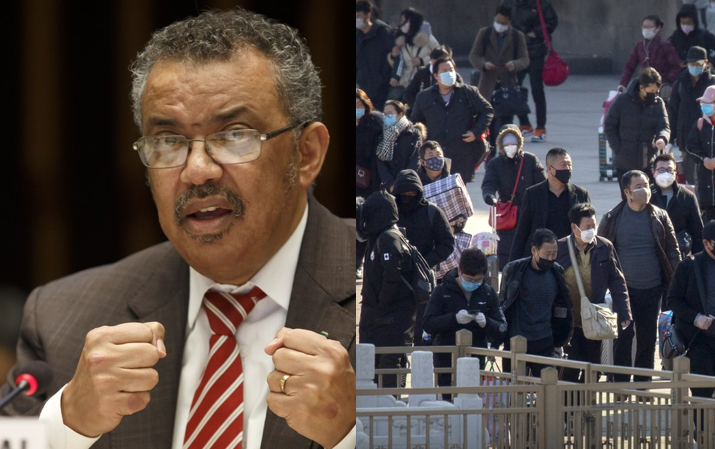 TAIPEI (Taiwan News) — The World Health Organization (WHO) Director-General Tedros Adhanom Ghebreyesus attempted to debunk accusations of China's meddling in the organization during a press conference on Wednesday (Feb. 12) before recognizing the country's endeavor to halt the spread of the novel coronavirus (COVID-19).

In response to the accusations, Tedros emphasized China's cooperation throughout the outbreak, including its sharing of the viral sequence and its willingness to implement economically painful lockdowns. "We did not say anything to please anyone. We just simply told the truth."

Criticism surrounding the former Minister of Health from Ethiopia has been unceasing since he met with Chinese Communist Party (CCP) Chairman Xi Jinping (習近平) on Jan. 28 and affirmed his confidence in Xi's ability to control the outbreak.

Given the fact that the Chinese authorities played down the significance of the virus in the early stages, Tedros' gestures toward Xi have been met with ridicule. His belated declaration of COVID-19 as a global health emergency on Jan. 30 also raised dissatisfaction and brought about a petition for his resignation on change.org that has accumulated more than 378,000 signatures.

The bond between Tedros' country of origin and China has also cast doubt on whether he can maintain the impartiality required of the leader of a global organization. Ethiopia is one of the members of China's expansive Belt and Road Initiative; the country has taken massive loans from China, estimated to be worth more than $12.1 billion since 2000 and constituting half of the African nation's foreign debt, reported The Geopolitics.

On the other hand, there are experts who are hailing Tedros' skill at walking the tight rope of interacting with the CCP. “To take on China in some aggressive way in the context of this, I’m not sure that would have been helpful,” Ashish Jha, a global health researcher at the Harvard T.H. Chan School of Public Health, told Science.

Tedros' previous experience combating AIDS, malaria, and tuberculosis is also mark of his capability, according to Science. In addition, he is credited with sound management of the Ebola outbreak in Africa, having taken a dozen trips to the affected regions.

The fight against Ebola taught him a clear strategy: fight the disease at the source and try to keep it from gaining a foothold elsewhere. “Focus on the epicenter. If you have several epicenters, it is chaos,” he said.