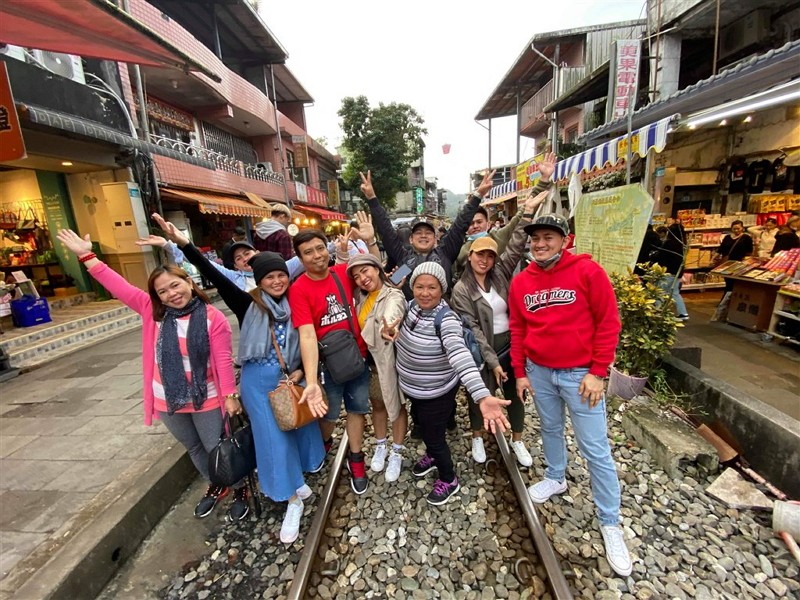 Following the Philippine government's decision Friday to lift a travel ban against Taiwan aimed at halting the spread of the novel coronavirus (COVID-19), members of the Filipino community interviewed by CNA on Saturday said they were relieved that the welfare of overseas Filipino workers and visits between the two countries will not be affected.

Allan Viray, a production worker in Hsinchu who is originally from the Philippine province of Pampanga, told CNA that he was relieved that the ban was lifted because he felt many Overseas Filipino Workers (OFWs) may lose their jobs in Taiwan if Taiwan decides to introduce countermeasures, such as a ban on Filipino migrant workers.

"A lot of my friends suffered because they only learned that they couldn't work in Taiwan after they had already paid for their placement fees," Viray said. "In addition, many of my friends in the tourism industry have had many of their bookings cancelled."

Many Filipino tourists who had planned trips to Taiwan almost had to cancel their holidays because of the ban, said Robin Liu, a Taiwanese tour operator who was born and raised in the Philippines.

"Tickets, tours, and hotel rooms were already paid for. Imagine how much money they would've lost. Anyway, I am grateful that the travel ban has been removed," Liu said.

Chris Aguilar, a factory worker in New Taipei and originally from the Philippine province of Pangasinan, said his family members were among those affected by the brief ban.

"My relatives and friends wanted to visit during that time because I kept telling them how beautiful and safe Taiwan was, and how proud I was to be here in the country I call my second home," Aguilar said.

He said many OFWs in Taiwan were worried that their families would suffer if the ban was not lifted and if Taiwan decides to retaliate.

"How do you expect them to feed their families back home and pay for their children's education and clothing? How can they afford to give a beautiful life for their loved ones?" Aguilar said.

The controversy unfolded as the Philippines' Civil Aeronautics Board issued the ban on Monday, stating that under the country's one-China policy, Taiwan would be included in a Feb. 2 presidential directive banning travelers from China and its special administrative regions.

The policy barred the entry of travelers from China, Hong Kong, Macau and Taiwan, as well as people who had visited those four destinations in the 14 days preceding their arrival, with the exception of Filipino citizens and holders of permanent resident visas.

The ban was widely criticized in Taiwan for its anticipated effect on business and travel between the two countries as well as the hiring of Filipino migrants.

By late Wednesday, unnamed sources in Taiwan said Taipei was considering countermeasures against Manila, such as a ban on Filipino migrant workers or cancellation of visa-free entry for Filipinos.

The decision to lift the ban was made by the Philippines' Inter-Agency Task Force for the Management of Emerging Infectious Disease （IATF） and was based on the "strict measures ... and protocols" Taiwan's government is implementing to prevent the spread of the coronavirus, the statement said.

Gilda Banugan, chairperson of Migrante Taiwan, a NGO that aims to promote the rights of the migrant workers, said that over the past few days while the ban was in place, many Filipinos in Taiwan contacted her organization to seek help and assistance.

Even though the ban was in the name of disease prevention, Banugan said Taiwan's health care is ranked first in the world according to the Health Care Index by Country released by Numbeo, an online database.

"The strong condemnation from every sector, groups and the unity of society and the strength and stance of the Taiwan government is the big impact for them (the Philippine government) to lift the Taiwan travel ban," she said.

Following the lifting of the ban, Banugan said she hoped both countries will continue to strengthen their friendship.

There are 157,487 Filipinos working in Taiwan as of the end of December, 2019, according to Ministry of Labor statistics.