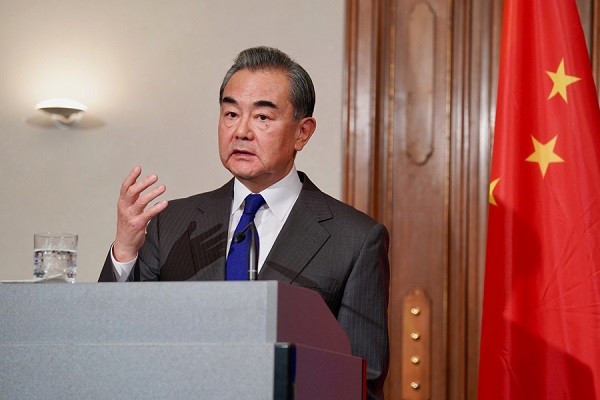 TAIPEI (Taiwan News) — China State Councilor and Foreign Minister Wang Yi (王毅) claims the Wuhan coronavirus outbreak is under control and measures introduced by some countries to limit the spread of virus are causing panic.

In an interview with Reuters, in Berlin, on Friday (Feb. 14), Wang said China had been open and transparent about the virus from the very beginning of the outbreak. "Less than 1 percent of the confirmed cases were found outside China. The country left no stone unturned in protecting its people and sacrificing for the global public health."

He praised China's strict measures to stifle the spread of the disease and quoted World Health Organization (WHO) endorsements. "It is unprecedented for any country to manage an epidemic in such a profound way, especially in a country with 1.4 billion people. But China made it."

Wang said he generally agreed with the approaches taken by other countries to control the disease, but criticized those who overreacted. More than 50 countries have restricted entry to people who have recently been to China.

Wang's words correspond to those of Chinese Communist Party (CCP) Chairman Xi Jinping (習近平). Xi recently reminded the CCP's top officials of the dire impact of the epidemic on the economy when preventive measures are extreme, according to Reuters.