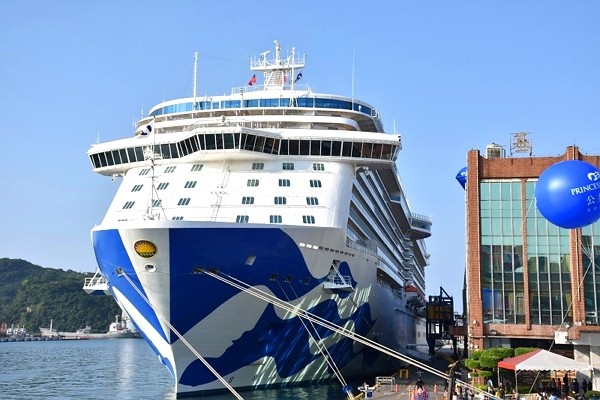 So far, 218 of the 3,711 guests and crew on board have tested positive for the dreaded coronavirus, including an 85-year-old Taiwanese man who was confirmed earlier Friday morning. After news broke out that the ship had anchored at the port of Keelung on Jan. 31, the Centers for Disease Control (CDC) immediately issued a warning to Taiwanese citizens who have been to the tourist spots on the cruise passengers' itineraries.

Health and Welfare Minister Chen Shih-chung (陳時中) said that individuals who have been to these places should closely monitor their own health and report to the hospital if feeling unwell. According to the CDC's list of locations confirmed to have been visited by the Diamond Princess passengers, all of the places were located in Taipei, New Taipei, and Keelung, including tourist hot spots such as Taipei 101, the Chiang Kai-shek Memorial Hall, Ximending, and Jiufen Old Street.

During a press conference on Friday, CDC Deputy Director-General Chuang Jen-hsiang (莊人祥) said that it has been 14 days since the Diamond Princess made its stop in Taiwan, and all 30 suspected cases that were placed under quarantine have tested negative for the coronavirus. He stressed, however, that citizens still need to be cautious and wear masks at populated areas in case of the unexpected, reported ETtoday.

Although the Taipei-Keelung Metropolitan Area has been cleared of contamination by the Diamond Princess, the cruise ship itself remains afloat in Yokohoma, Japan with more than 3,700 people aboard. Many of the passengers have expressed their desire to leave the vessel, including several Taiwanese who wrote to President Tsai Ing-wen (蔡英文) for help, reported Yahoo News.