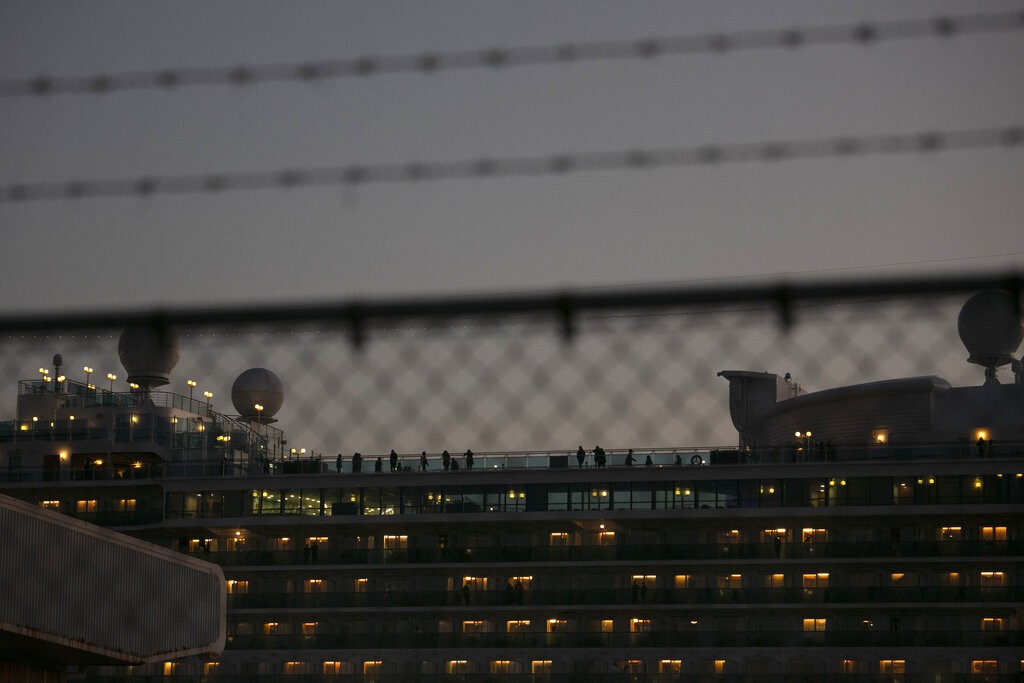 TAIPEI (Taiwan News) — An 85-year-old Taiwanese man on the Wuhan coronavirus infected Diamond Princess cruise ship has tested positive, 11 days after the ship was quarantined off the coast of Yokohama, near Tokyo.

The man's son told CNA that his ailing father was sent to a hospital a day ago. On Friday morning (Feb. 14) he was confirmed to have been infected with the highly contagious virus (COVID-19).

The man and his father developed a cough while quarantined aboard the ship. The father also coughed up blood.

The son wrote a letter to Taiwan President Tsai Ing-wen (蔡英文) days ago pleading for his father to get the necessary medical assistance. The middle-aged man appeared upset after learning the test result Friday morning but expressed gratitude for the help offered by the Taiwan government and its office in Japan.

The father-son duo joined part of the 15-day cruise beginning Jan. 20 from Yokohama. The cruise trip was originally scheduled to end on Feb. 4.

More than 3,000 people have been confined inside the ship after an 80-year-old Hong Kong man tested positive for the virus after disembarking in Hong Kong. The number of infected passengers was 220 as of Thursday (Feb. 13).

According to CNA, the cruise liner has 20 Taiwanese passengers on board, while another 10 to 15 are Taiwanese with United States or Japanese passports.