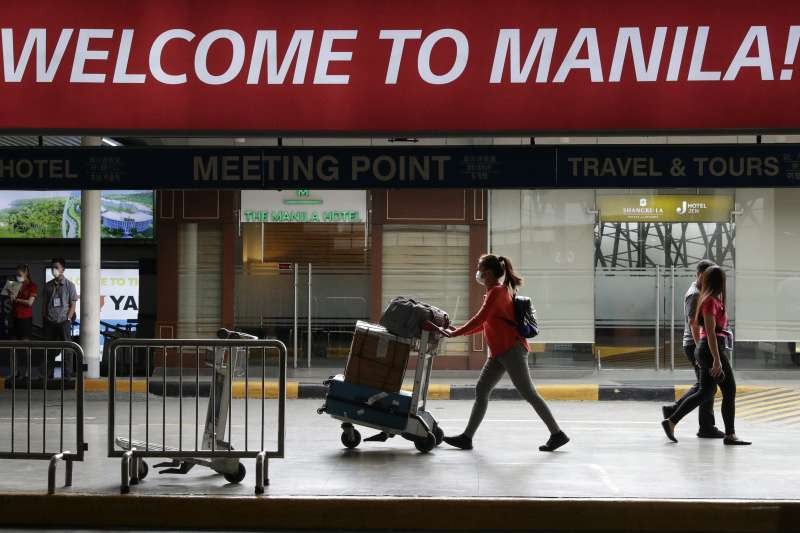 TAIPEI (Taiwan News) — After the abrupt inclusion of Taiwan in a travel ban for China left hundreds of Taiwanese stranded at Philippine airports, the Manila Economic and Cultural Office (MECO) announced on Thursday (Feb. 13) that it will provide refunds on visa fees for those caught off guard by the sudden ban.

On Feb. 2, Philippine President Rodrigo Duterte announced that a travel ban would be imposed on all foreigners who had visited China and its special administrative regions over the past 14 days. However, on Monday (Feb. 10), Domingo abruptly announced that all visitors arriving from Taiwan would also be subject to the ban based on the Philippines' "one China" policy.

This sudden announcement led to complete chaos with many flights from Taiwan to the Philippines suddenly canceled and hundreds of Taiwanese passengers finding themselves trapped at customs in Philippine airports. Three major travel agencies stated that nearly 500 Taiwanese tourists have been left stranded at customs in Cebu, Kalibo, and Manila International Airports.

MECO Chairman Angelito Banayo told Taiwan News that an inter-agency task force including the Philippines' Bureau of Immigration, Department of Health, and Department of Foreign Affairs, among other agencies, will meet on Friday to discuss the ban on Taiwan. Banayo said the task force will announce its decision on whether to lift the ban later that day.

In a press release obtained by Taiwan News, MECO states that it will provide a refund to Taiwanese who paid visa fees between Nov. 10, 2019 and Feb. 10, 2020. Those wishing to receive a refund must fill out a "Request for Refund Form," provide a machine-generated receipt, their original passport, and a photocopy of the visa issued.

The office added that, alternatively, visa holders could also apply to have the validity of their visas extended. Those wishing to extend their visas will need to fill out a "Request for Extension Form," provide a machine-generated receipt, their original passport, and a photocopy of the visa issued.

Those who obtained a visa through MECO's Electronic Travel Authorization (ETA) system can also apply for a refund on visas issued since Jan. 10. Those wishing to receive a refund will need to submit a "Request for Refund Form," their original passport, and a photocopy of the ETA issued.

The office added that it will continue to accept applications for sticker visas provided the applicants clearly understand they are aware of the travel ban, and will assume the risk of not being able to travel to the Philippines due to the travel ban, and that the processing fee is nonrefundable.