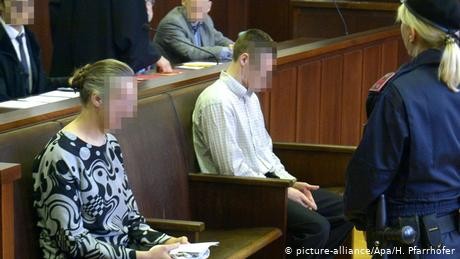 A German couple in Austria were convicted to five-year jail terms on Wednesday for causing their daughter's death by neglect, when they did not take her to the hospital with chronic pancreatitis. The charge, literally translated as "murder through neglect," roughly equates to second-degree murder or manslaughter convictions in English-language legal systems.

The daughter died on September 17, 2019, 10 days after her 13th birthday. The couple, a 39-year-old Uzbekistan-born German man and a 35-year-old German woman, were charged in Krems an der Donau in northeastern Austria in October for not taking her to the hospital.

During the trial, the couple said they were members of an unaffiliated Christian church; the father described himself as a missionary and a preacher.

Diagnosis, but no further treatment

The daughter was diagnosed with the ailment in the summer of 2017 after the state's child protection agency insisted she be taken to a hospital after receiving a tip-off from relatives. The couple then told a court that they would take her to the doctor for checkups in the following days, but the girl never saw a doctor again.

On the day of her death, the girl complained of stomach pain, and the couple thought she was experiencing her first period. When her condition didn't improve, the father said that he offered to take her to the doctor but that she didn't want to go. He said he had prayed for her and fasted instead.

"I spoke with her, stroked her, gave her things to drink," the mother said. "I believed that God would heal her."

The couple admitted that they neglected their daughter, but didn't believe their actions could be classified as murder.

"Both of them definitely didn't want their daughter to die," their defense attorney, Zaid Rauf, said before the trial.

The girl was one of the couple's eight children. The couple moved to Austria eight years ago so their children could be home schooled. Unlike Germany, there is no compulsory schooling for children in Austria, only compulsory education.

"We love our children," the mother said.