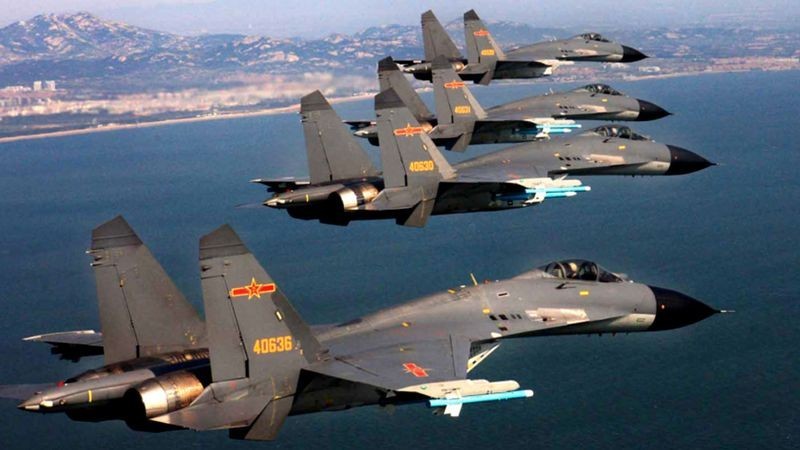 TAIPEI (Taiwan News) — The U.S. Department of State on Tuesday (Feb. 11) issued a warning against China's recent military intimidation of Taiwan and its decision to send military aircraft to encroach on the island's airspace for two consecutive days.

The State Department pointed out that Beijing's insistence on unifying with Taiwan is not beneficial to either party and that the Chinese Communist Party (CCP) should instead engage in bilateral dialogue with the Taiwanese government. It reminded China that Taiwan and the U.S. share unofficial diplomatic relations and that the U.S. firmly opposes any action that would threaten the peace and safety of the Taiwanese population, as stated in the Taiwan Relations Act.

People's Liberation Army mouthpiece China Military said the aircraft that flew past Taiwan on Sunday (Feb. 9) and Monday (Feb. 10) were sent to fulfill their duties and discourage Taiwan President Tsai Ing-wen (蔡英文) and the ruling Democratic Progressive Party (DPP) from declaring the island's independence. It added that the DPP is "playing with fire" and needs to be careful, reported CNA.

China's Taiwan Affairs Office (TAO) spokesman Ma Xiaoguang (馬曉光) on Monday was asked whether the exercises were linked to the Taiwanese vice president-elect's visit to the U.S. last week. Ma responded that the DPP has on many occasions expressed a desire to damage "national sovereignty" and that the Chinese military has the capacity to defeat all separatist activities in Taiwan, reported UDN.