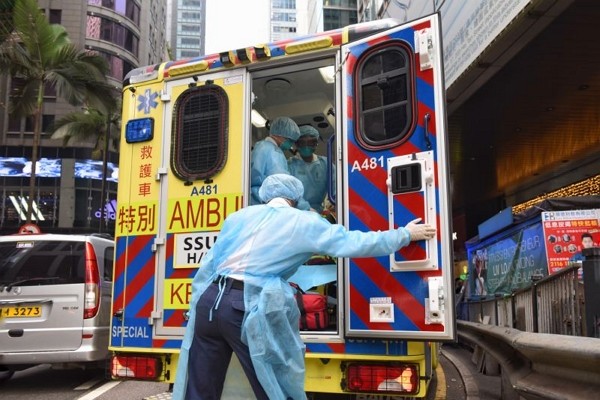 TAIPEI (Taiwan News) — A staffer from a funeral home in the Chinese city of Wuhan, the epicenter of the novel coronavirus (2019-nCoV) outbreak, claims that the number of bodies she and her co-workers have had to transport and cremate each day is four to five times higher than the usual amount.

In a phone interview with The Epoch Times, the source, whose name was not revealed for privacy reasons, said that the workers at the funeral home have only been sleeping two to three hours a day since Jan. 22, right before the Lunar New Year holiday. She said the entire staff is under great pressure and that she feels like she could break down at any moment.

When asked about the real situation in Wuhan, the source said the truth is that the current workload is unbearable and that 40 to 50 more workers would be needed to meet the demand. She added that the number of bodies they receive daily has been accelerating at an extraordinary speed and that it is hard to keep pace even with 11 cremation furnaces.

The woman proceeded to say that the bodies sent to the funeral home during her shift on Feb. 3 alone totaled 127, a number much higher than the daily count revealed by the Chinese Communist Party (CCP), but that only eight were confirmed to have died from the coronavirus on their death certificates. She pointed out that only about 38 percent of the bodies she receives are transported from the hospitals, while the rest come from local households.

In response to Wuhan CCP chief Ma Guoqiang's (馬國強) remarks that the bodies of Chinese coronavirus patients who die each day can be cremated in 90 minutes, the staffer angrily called Ma a "dog-like official" and accused China's bureaucracy of being the catalyst of the out-of-control situation. She warned that the CCP is not telling the truth and that its accounts cannot be trusted, reported Liberty Times.

According to the latest figures issued by the Chinese government, 1,110 people have lost their lives to the coronavirus, and 44,370 have been infected. However, based on the account of the Wuhan funeral home staffer, the daily average number of bodies suspected of being coronavirus victims is estimated at 225, or 4,725 bodies, at a single Wuhan funeral home since Jan. 22.

There currently are eight registered funeral homes in Wuhan. If the account of the funeral home staffer is true, this would mean there are 1,628 deaths per day in the city and 34,200 over the past 21 days.