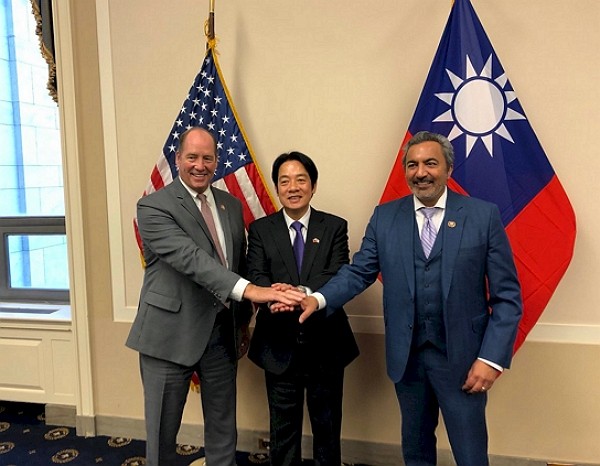 Lai told the media that he was delighted to have had the opportunity to visit Washington, DC, as well as join the annual National Prayer Breakfast, hosted by U.S. President Donald Trump, at which he was the most prominent Taiwanese politician to attend in decades. He said that it had been a smooth trip and also that he had been able to reunite with some old friends.

The vice president-to-be stressed that he had been paying close attention to Taiwan's management of the coronavirus epidemic even while he was abroad. He expressed gratitude to all the medical staff on the island, saying that he is confident in the Centers for Disease Control's (CDC) ability to contain the virus, reported CNA.

According to Liberty Times, Lai attended the 68th National Prayer Breakfast in Washington last Thursday (Feb. 6) along with U.S. Vice President Mike Pence, Secretary of State Mike Pompeo, House Speaker Nancy Pelosi, a number of senators and congressmen, and representatives from around the world. His attendance, which marked the highest-profile visit by a Taiwanese figure in four decades, signaled the extent to which bilateral ties between Taiwan and the U.S. have strengthened since 1979. On Monday, U.S. Rep. Ted Yoho (R-FL) posted pictures of himself with Lai on his Twitter account, saying it was an honor to meet with Taiwan's future vice president. He pointed out that "Taiwan plays an important role in the global arena" and that the U.S. intends to maintain a strong partnership with the East Asian country.

Yoho also urged multilateral institutions, such as the World Health Organization (WHO) and the International Civil Aviation Organization (ICAO) to recognize Taiwan's contributions to the global community. He said that he will continue to advocate for Taiwan as well as its status in global conversations.

Honored to meet with #Taiwan VP William Ching-te Lai this past week. Taiwan plays an important role in the global arena & remains one of our strongest international partnerships. @TECRO_USA @HouseForeignGOP pic.twitter.com/uJC34lh1Uh