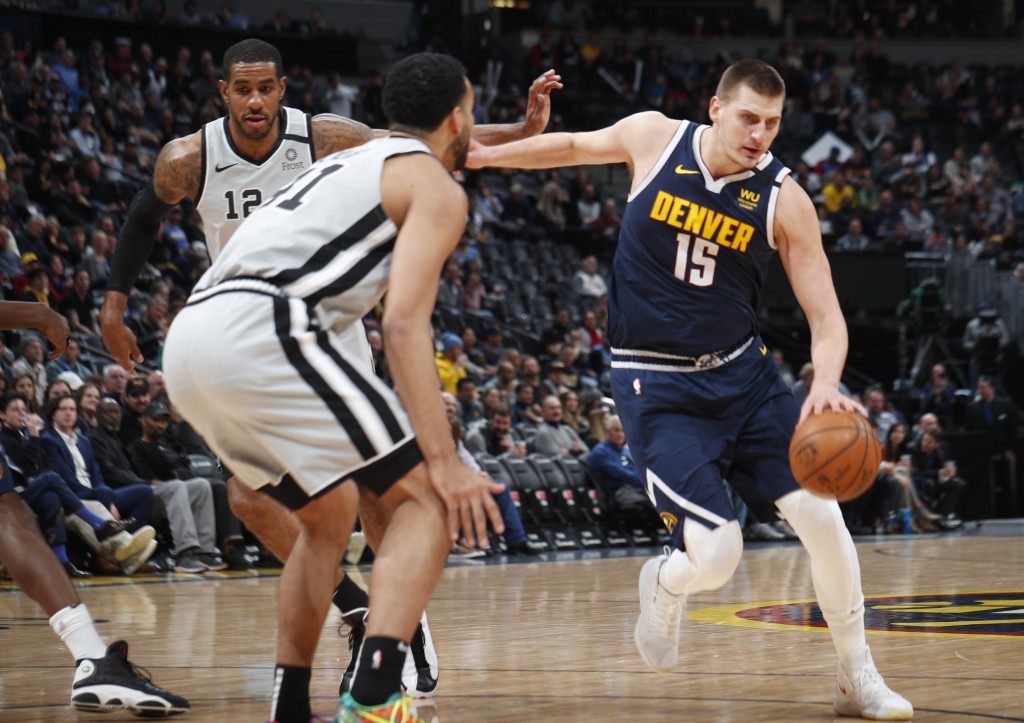 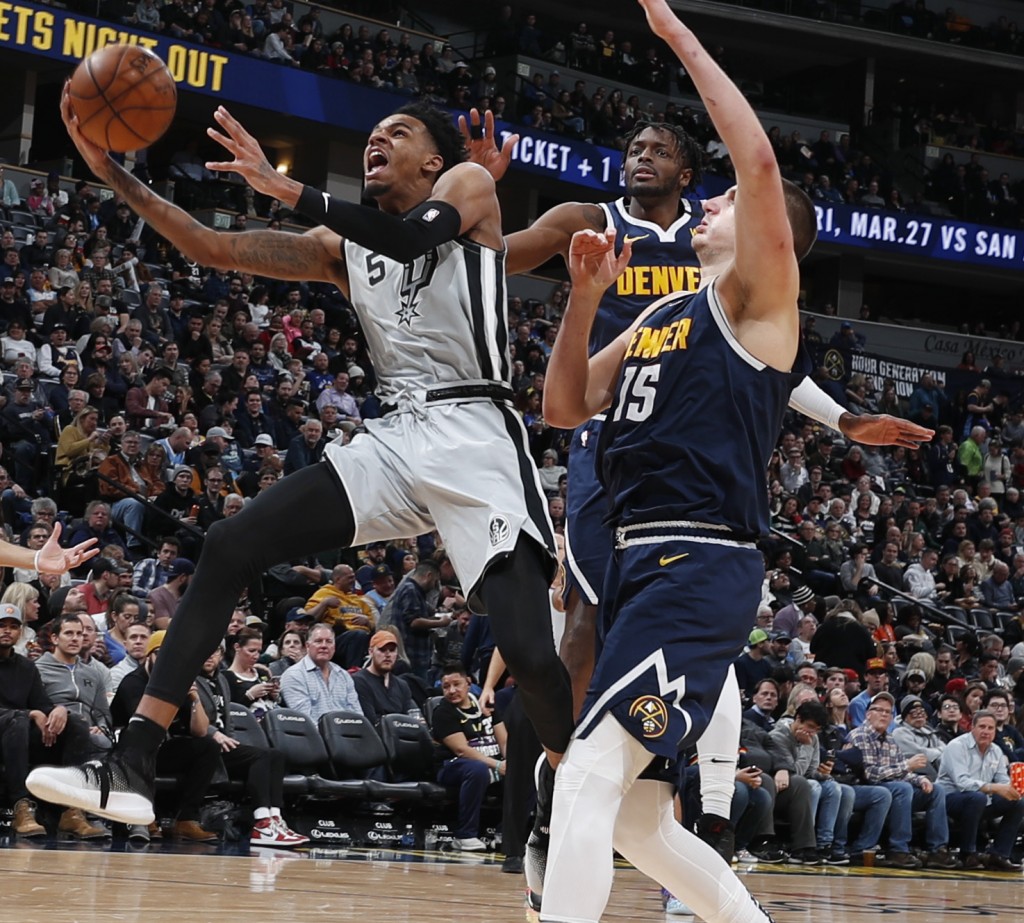 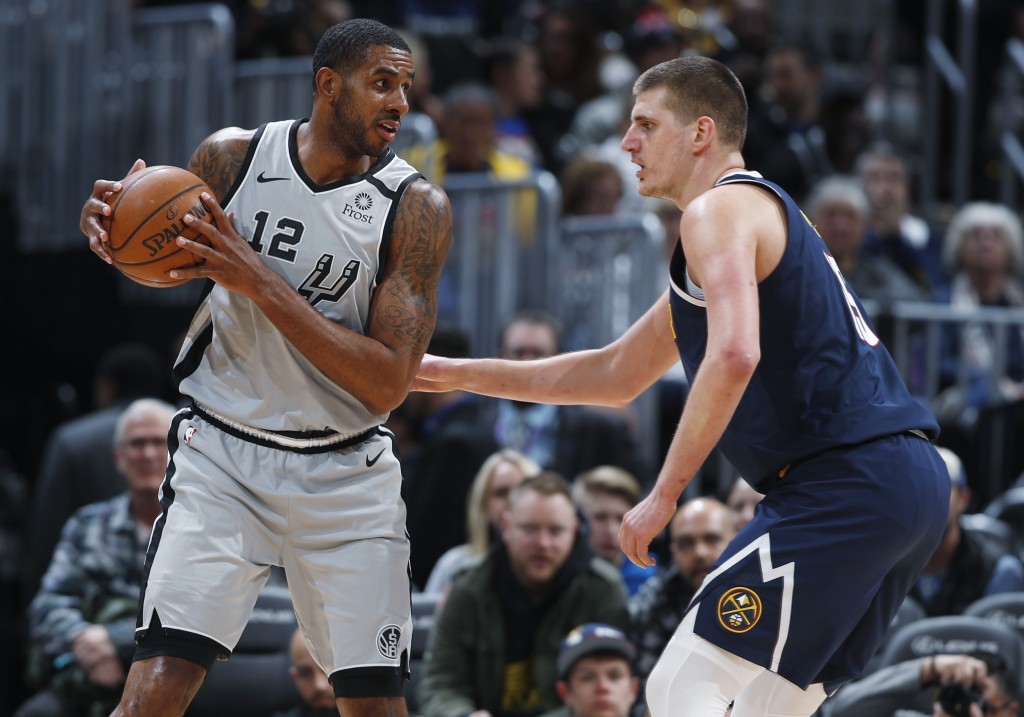 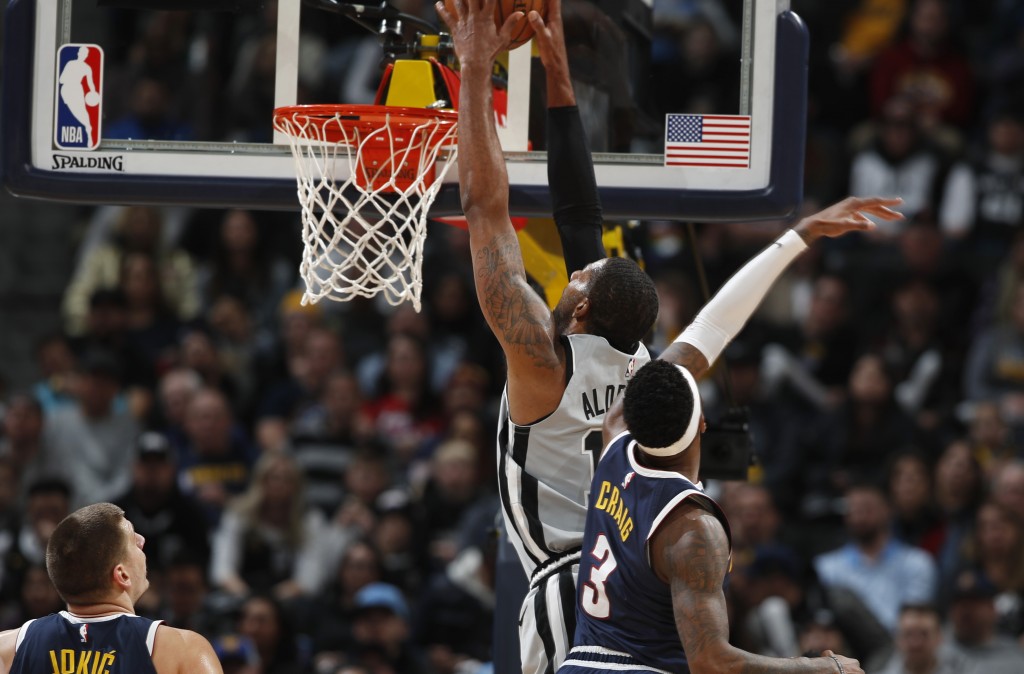 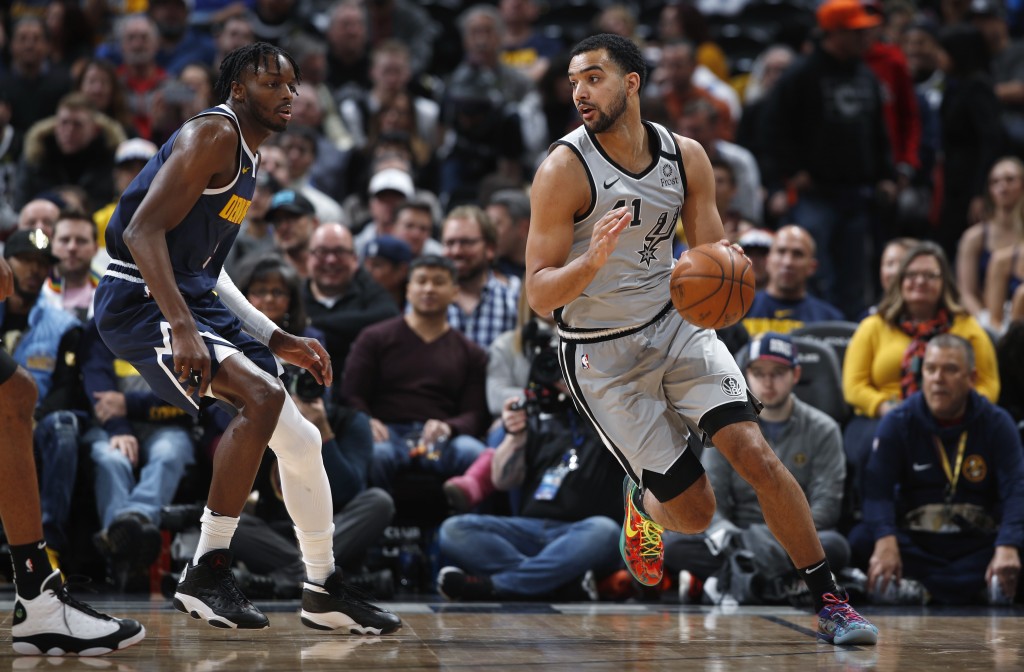 DENVER (AP) — Jamal Murray scored 14 of his 26 points in the fourth quarter to help the Denver Nuggets rally from 23 down to beat the San Antonio Spurs 127-120 on Monday night.

Denver scored 74 points in the second half, a season high, and outscored San Antonio by 21 after halftime. The Nuggets have won three in a row and six of their last seven.

Paul Millsap, who had 22 off the bench, helped spark the comeback on his 35th birthday. He had 16 points in the second half, including a go-ahead 3-pointer early in the fourth.

Nikola Jokic had 19 points, 13 assists and eight rebounds while battling foul trouble trying to guard LaMarcus Aldridge. The Spurs forward had 33 points to lead all scorers.

The Spurs, on an extended eight-game road trip, have lost the first five despite leading for most of the way. They scored 40 in the first quarter, led 67-53 at halftime and quickly extended it to 22 points. Aldridge, who scored all 17 of his first-half points in the first 10:31 of the game, added seven more to increase the San Antonio advantage to 86-63 lead.

The Nuggets mounted a furious rally in the final 3:14 to cut the Spurs' lead to 93-89 after three, and then took their first lead on Millsap's 3-pointer with 9:01 left.

The Spurs scored eight in a row to go back in front 107-102 but Murray had 11 points to kick-start another rally and give the Nuggets the lead for good.

Spurs: G DeMar Derozan sat out with back spasms. ... Derrick White played his college basketball at the University of Colorado at Boulder. ... Aldridge's season high in points is 40.

Nuggets: Forwards Keita Bates-Diop and Jordan McRae, acquired in separate deals last week, made their home debuts. Bates-Diop saw his first action with Denver on Saturday at Phoenix. McRae scored eight points in 17 minutes. ... The 67 points allowed in the first half were two shy of the most Denver has given up this season.