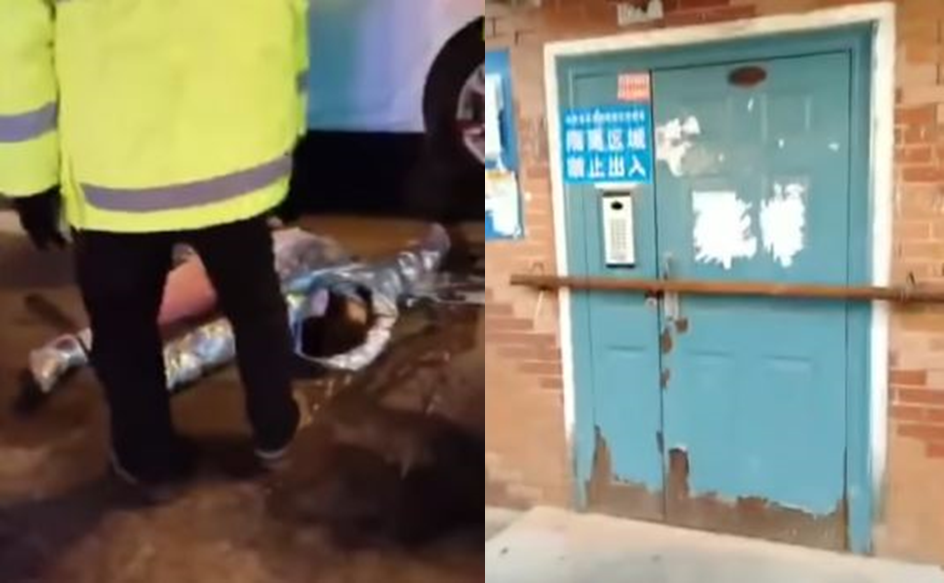 TAIPEI (Taiwan News) — With China locking down 84 cities either partially or entirely to tackle the novel coronavirus (2019-nCoV) outbreak, preventive measures are becoming extreme in the country, where the epidemic is shaking faith in the governance of the Chinese Communist Party (CCP).

Tensions between local authorities and residents have intensified within the locked-down Chinese cities. In a video uploaded on Weibo, a Hangzhou family can be seen arguing with members of local law enforcement agencies over whether they have the right to lock the household's doors from the outside during the quarantine.

In the video, a self-claimed local administrator says he came with the law enforcement officers to implement the "hard quarantine" rolled out in the city. However, they refuse to provide their names or a clear answer when asked how soon the authorities could open the door if an emergency occurred.

The video ends after more backup arrives, with the local administrator forcibly shutting the door as the owner cries out, "This is illegal detention!" The same measure also occurred in a Harbin neighborhood, where the apartment doors of several residents confirmed to be infected with 2019-nCoV were either blocked or welded shut.

Amid fears of a worsening epidemic, tightened social controls predominate. A video shared by Epoch Times shows a woman wearing a face mask being pulled from her car by police. A struggle then ensues on the street before the police subdue her. According to the media outlet, she was not confirmed to have the virus but had merely violated a traffic restriction.

The woman lay in an unconscious heap on the ground before being carried into a police car.

The incapability of the local Red Cross is also hindering the progress of the battle against the coronavirus. A report from the Red Cross in Hubei Province showed that of the two million masks donated from across China, the local branch had only delivered 200,000 to hospitals, many of them to hospitals that do not accept 2019-nCoV patients, reported Al Jazeera.

A video uploaded by a frontline medical worker in Wuhan substantiated this report. He claimed that Wuhan Hankou Hospital had failed to receive 10,000 donated N95 face masks that were to be delivered through Wuhan Red Cross. The non-profit only had reportedly 9,000 face masks left for the medical facility, none of which meets the medical standard.

A number of hospitals in Wuhan are now saying they will only accept direct donations, effectively bypassing the Red Cross, according to the news agency.