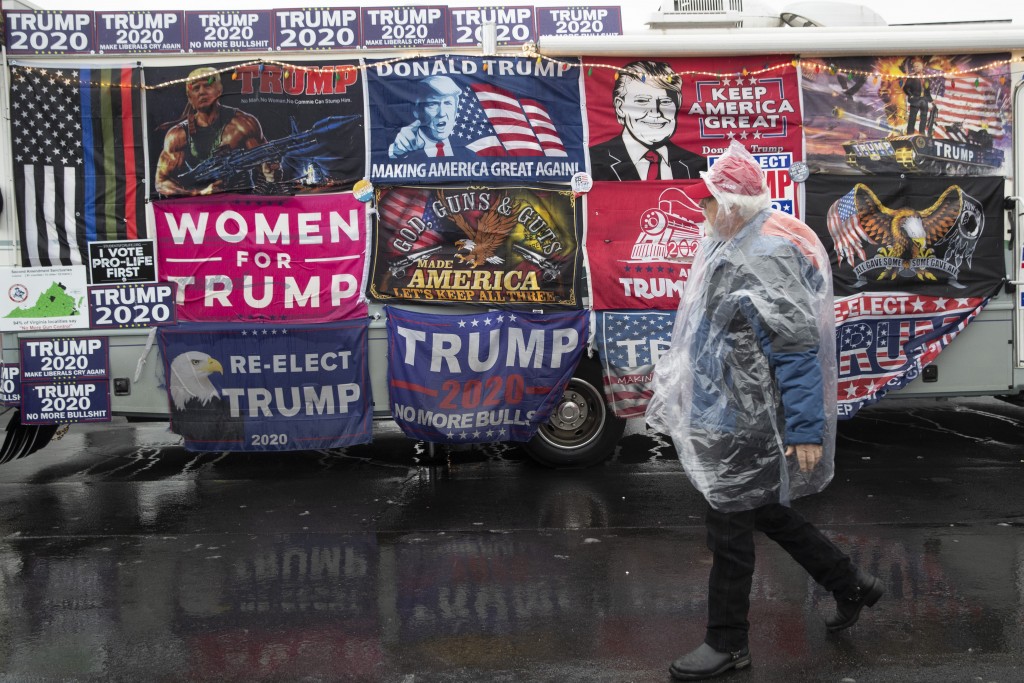 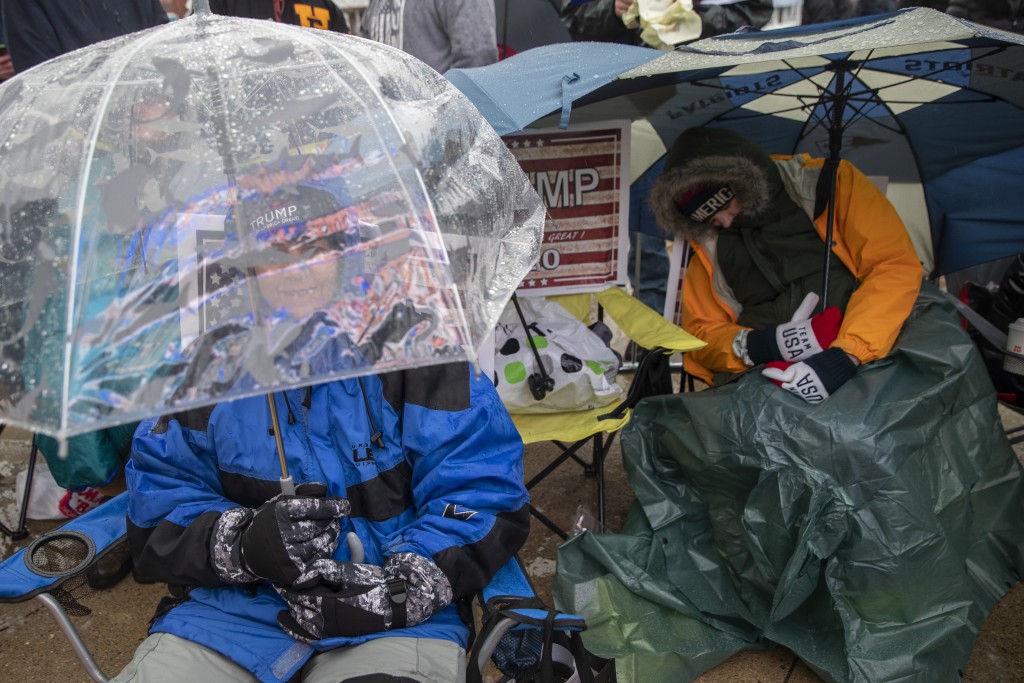 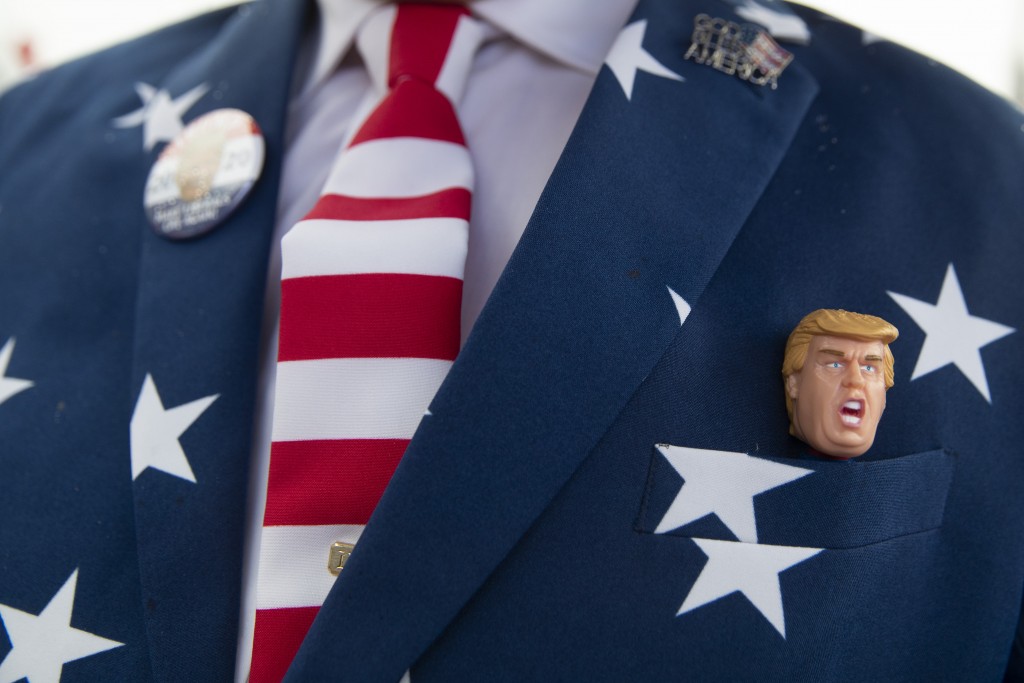 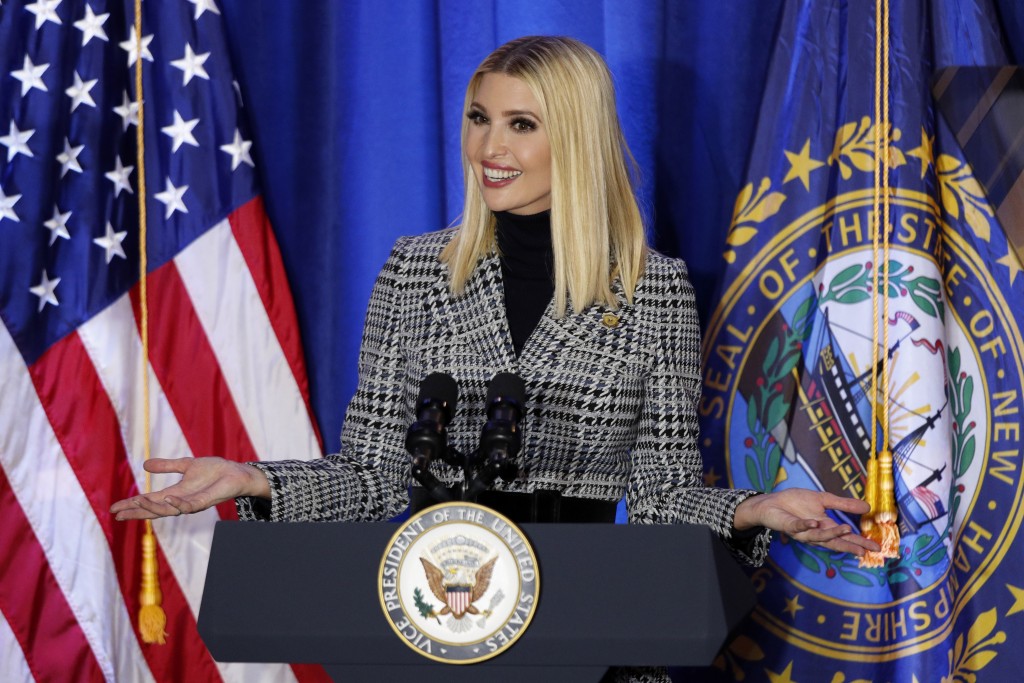 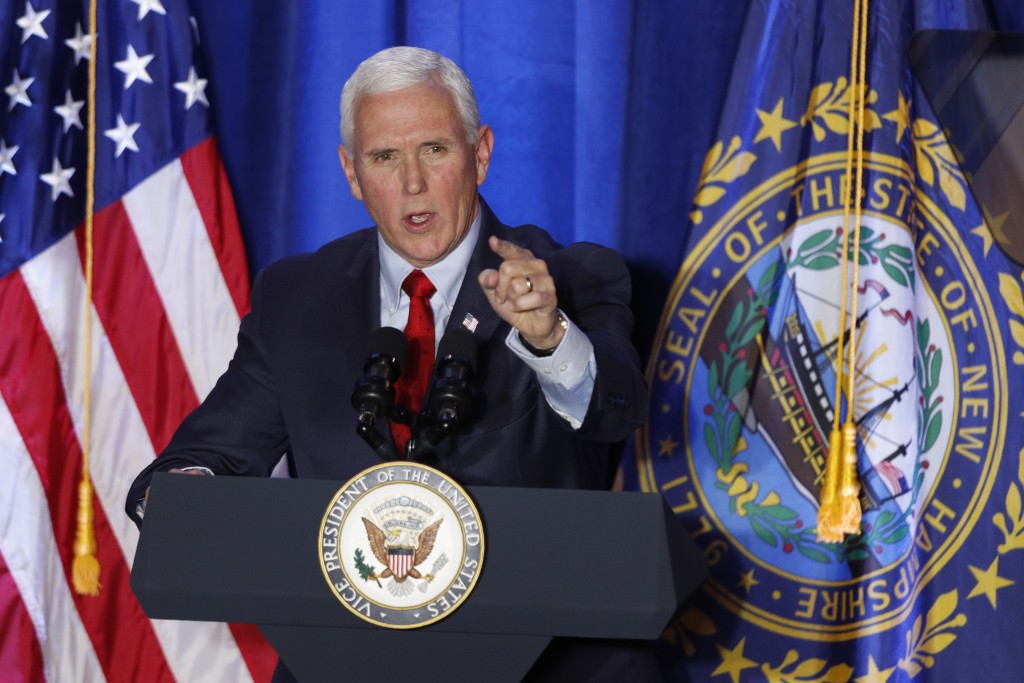 MANCHESTER, N.H. (AP) — President Donald Trump was looking to get under Democrats' skin Monday with a rally in New Hampshire on the eve of the state's first-in-the-nation primaries. He also aimed to put on a show of force foreshadowing GOP strength in November's general election.

Trump, on a high after his acquittal last week on impeachment charges, couldn't resist taking a dig at the Democrats for lingering uncertainty over the outcome of the party's kickoff caucuses last week in Iowa, where the results are still under dispute.

“Will be in Manchester, New Hampshire, tonight for a big Rally. Want to shake up the Dems a little bit - they have a really boring deal going on,” Trump tweeted. “Still waiting for the Iowa results, votes were fried. Big crowds in Manchester!”

It's a tried-and-tested tactic for Trump: Scheduling counter-programming to divert attention from Democratic debates and other major moments, keeping him in the spotlight and building supporters' enthusiasm in the months before Election Day.

And though it won’t be the same show of force as last week, when dozens of Trump's surrogates, including officials from across all levels of government, flooded the state of Iowa, the Trump campaign made its presence known in New Hampshire before the state's Democratic primaries.

Vice President Mike Pence and Ivanka Trump, the president's daughter and senior adviser, got to the state ahead of the president to do some campaigning.

The marquee event was to be Trump's rally, which supporters began lining up for Sunday. Images of bundled-up supporters camped outside the SNHU Arena in Manchester broke through the news coverage of the Democratic primary. And Trump’s campaign advisers were eager for footage of Air Force One’s arrival later in the day.

New Hampshire has always loomed large in Trump’s political lore as the first nominating contest he won during 2016's heated Republican primaries. He was about to take the stage at a rally in Manchester that October when news broke that the FBI was re-opening its investigation into Democrat Hillary Clinton’s emails, breathing new life into his then-struggling campaign. And it was the site of the penultimate rally of the 2016 contest — an extravagant send-off just hours before a post-midnight rally in Michigan.

Though Trump narrowly lost New Hampshire in the general election four years ago, his team believes it is one of the few states that could flip to red in November. Democrats in the state had a different view.

“It’s obvious that Trump and the RNC are desperate to put New Hampshire in play after losing the state by 3,000 votes in 2016. But we’ll make sure that Granite Staters know that he has broken his promises to his state and he will lose here again in November,” New Hampshire Democratic Party Chairman Ray Buckley told reporters.

The president relished the idea of dominating the stage in New Hampshire and stealing some of the media oxygen from the Democrats. Advisers hoped that Secret Service moves in downtown Manchester to secure the area for the president’s arrival would make it harder for Democratic candidates and their supporters to transverse the state’s largest city in the hours before the primary’s first votes are cast.

The rally comes days after Trump was acquitted by the Senate after becoming just the third president in U.S. history to be impeached. Before his departure, Trump was still stewing at Democrats as well as Sen. Mitt Romney, the lone Republican to vote to convict him.

At a White House meeting with more than 30 governors from around the country, he slammed Democrats for “wasting time” on impeachment and teasingly asked Utah Gov. Gary Herbert: “How’s Mitt Romney? You can keep him. We don't want him.”

With his reelection effort heating up, Trump also suggested he’s trying to turn the page and notch a couple of legislative victories before November.

The president said he was hopeful that Democrats would work with him to pass an infrastructure bill as well legislation to lower prescription drug prices, despite the rancor and divisions.

Colvin reported from Washington. Associated Press writers Aamer Madhani in Washington and Holly Ramer in Manchester contributed to this report.