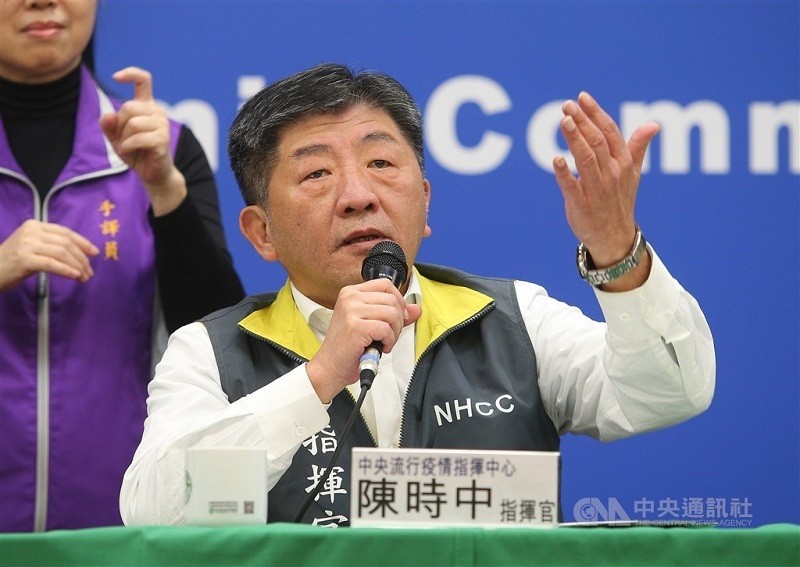 Another recovering novel coronavirus patient in Taiwan could soon be discharged from the hospital this week after two consecutive tests showed he is not contagious, the Central Epidemic Command Center (CECC) announced Monday.

The patient was Taiwan's 10th confirmed case and has tested negative for the virus, Health Minister Chen Shih-chung (陳時中), who heads the CECC, said at a press briefing in Taipei.

The Taiwanese businessman returned from the Chinese city of Wuhan on Jan. 12 and developed respiratory symptoms on Jan. 22. He subsequently infected his wife, who was confirmed on Jan. 30 as having contracted the coronavirus.

Chuang Jen-hsiang (莊人祥), deputy director-general of the Centers for Disease Control (CDC) and a CECC official, said that if a patient has been tested twice and the results have come back negative, it means the person is deemed to be free of the virus.

Health experts, however, need to make one last assessment before the patient is discharged, which could happen as early as this week, Chuang said.

Chen reported, meanwhile, that including the businessman, a total of 477 people have been identified as having come in contact with the first seven people in Taiwan confirmed to have the coronavirus, Chen said.

Among them, 475 have been cleared as being symptom-free and can return to their normal lives, while the other two are among the 18 confirmed cases in the country, Chen said.

China reportedly conducts three or four tests before confirming a patient's release, and the health minister was asked if taking back-to-back tests in Taiwan was enough to confirm that a patient was no longer contagious.

He said Taiwan will continue to follow its practice of requiring two consecutive negative tests and stressed that health experts conduct thorough final assessments before discharging a patient.