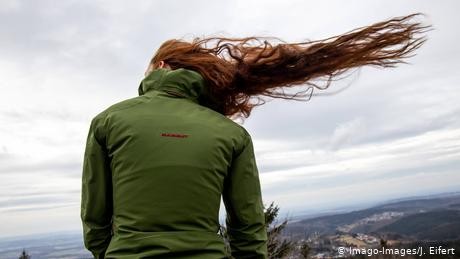 The UK on Monday morning was assessing the damage caused by winter storm Ciara — also called Sabine — that blew through late Sunday and overnight, as Germany and other parts of Europe await a similar fate.

Storm surges in coastal cities pounded beaches and docks. The English port of Dover and France's port of Calais on either side of the English Channel shut down ferry operations for several hours amid choppy conditions.

The impressive winds enabled a British Airways plane to make the fastest New York-to-London flight by a conventional airliner, completing the 3,500-mile (5,630-kilometer) journey in just under five hours, 102 minutes ahead of schedule. A total of three commercial flights were able to easily beat the previously held subsonic record of 5 hours and 13 minutes.

While weather experts said the UK had seen the worst of the storm by Sunday evening, other parts of Europe on Monday were still bracing for it to strike or intensify.

The storm — called Sabine in Germany — was largely over in northern Germany as of Monday morning, but weather authorities said it was still coming for the south.

Gusts measuring more than 170 kilometers (106 miles) per hour were reported in the Black Forest in southern Germany Monday morning. German weather officials said the storm would carry on for several hours, with the heaviest rains and strongest winds expected in the south.

Hundreds of flights were cancelled and all long-distance train travel was put on hold until appropriate weather conditions could be confirmed.

Multiple injuries due to downed trees have been reported since Sunday. Two women in in the city of Saarbrücken in western Germany were in the hospital after a tree fell on their car. One remains in critical condition. A 16-year-old in North Rhine-Westphalia also sustained head injuries from a falling tree.

Overnight winds in Frankfurt blew a crane into the roof of the city's cathedral, where it became stuck.

Germany issued its second-highest storm warning level for the entire southern half of the country. In parts of Bavaria and Baden-Württemberg, the highest level 4 warning has been issued.