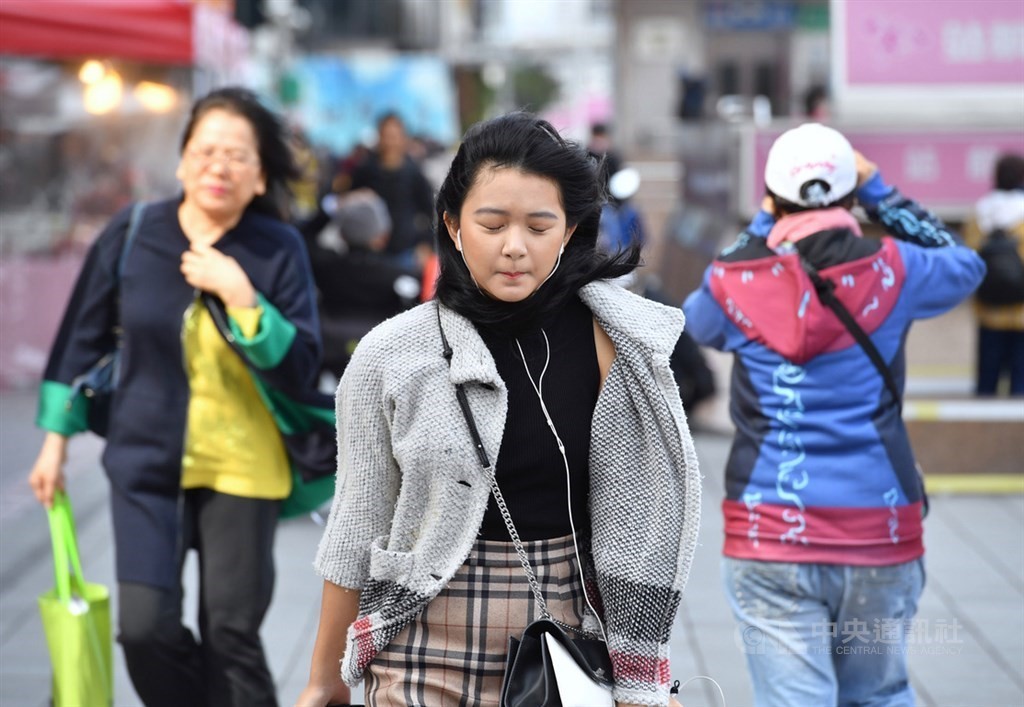 Temperatures across Taiwan will rise slightly Monday as a cold front begins to dissipate, with clear to sunny skies seen across most of the country, according to the Central Weather Bureau (CWB).

Daytime highs will rise to 20 degrees Celsius in northern and eastern Taiwan and 25 degrees in the rest of the country, the CWB said.

The bureau warned, however, of large day-night temperature differences, saying lows of 15-17 degrees can be expected in the south and in the east, 11-14 degrees in the rest of Taiwan, and below 10 degrees near mountainous regions.

Sporadic showers will fall in eastern regions and on the Hengchun Peninsula in southern Taiwan, the CWB said.

Meanwhile, the Environmental Protection Administration (EPA) said the air quality across most of Taiwan was good to moderate Monday, with the exception of southern Taiwan.

In Kaohsiung and Pingtung, the Air Quality Index was flashing orange, indicating unhealthy air for sensitive groups, and the same alert could appear in areas from Yunlin to Tainan during the night, the EPA said.