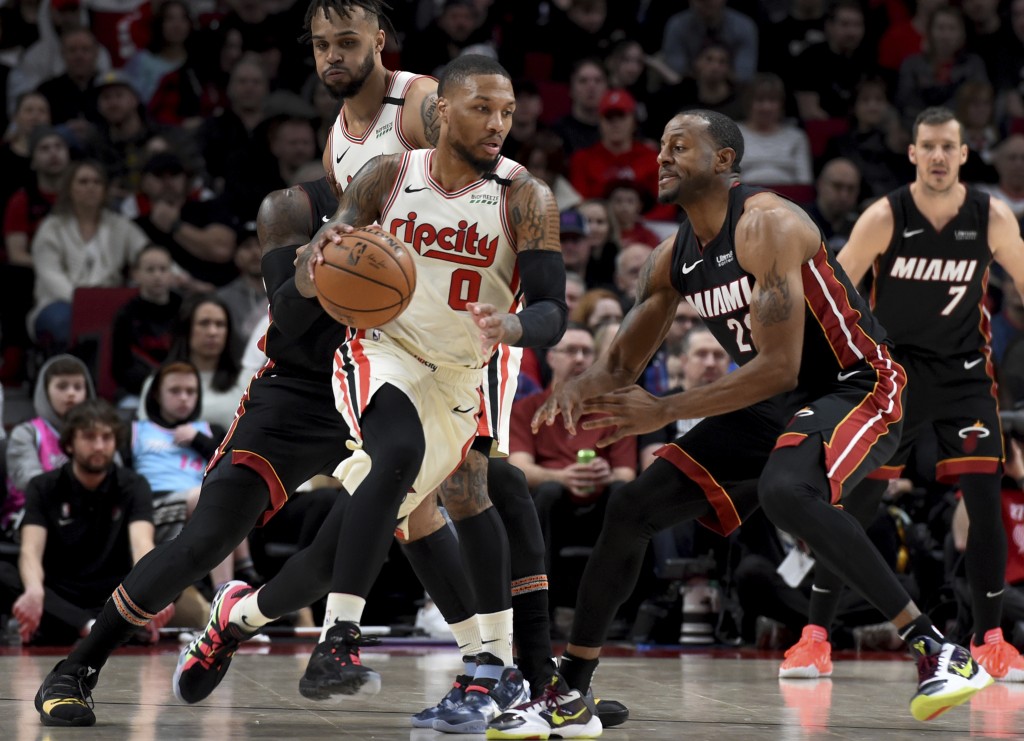 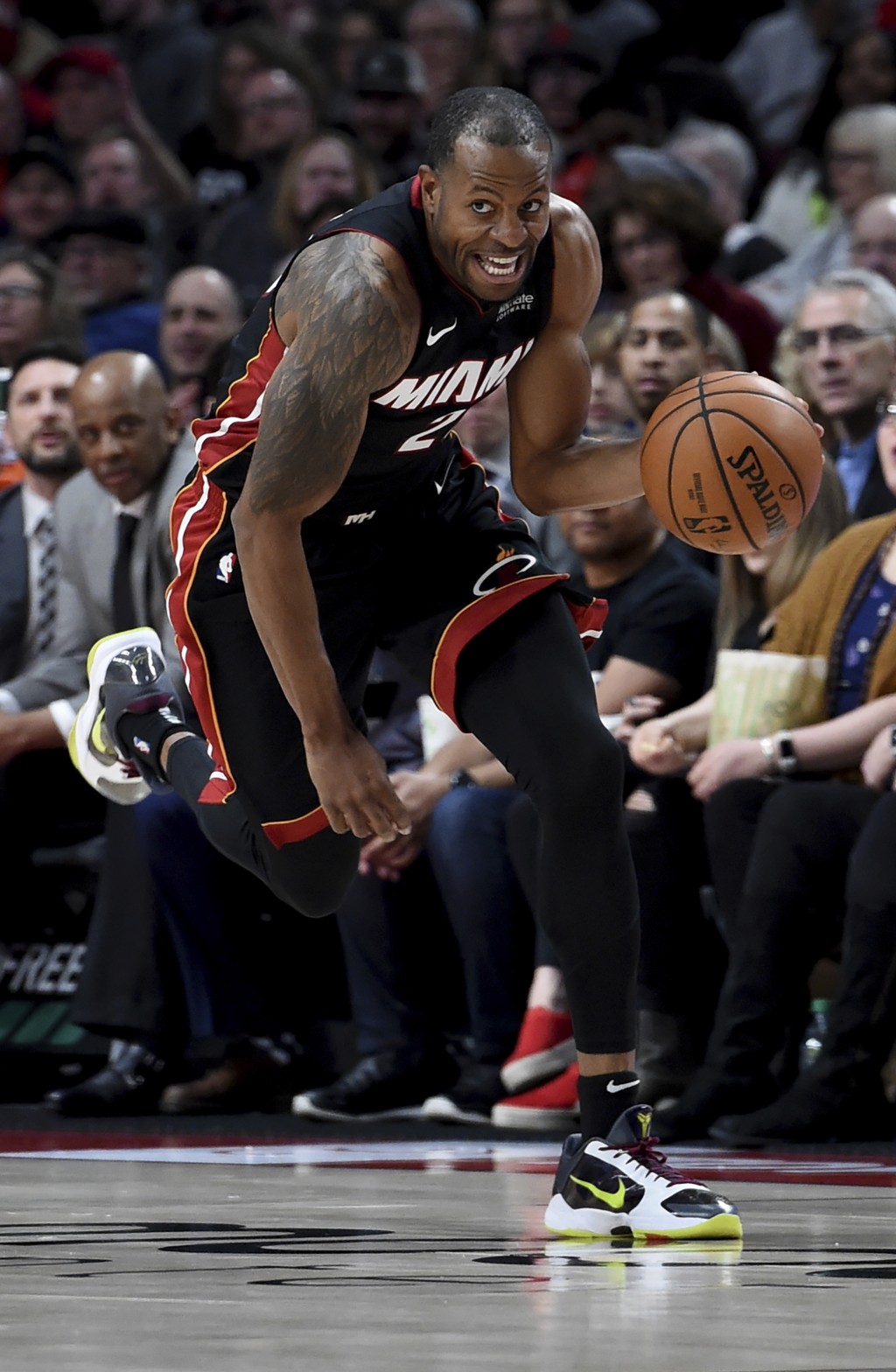 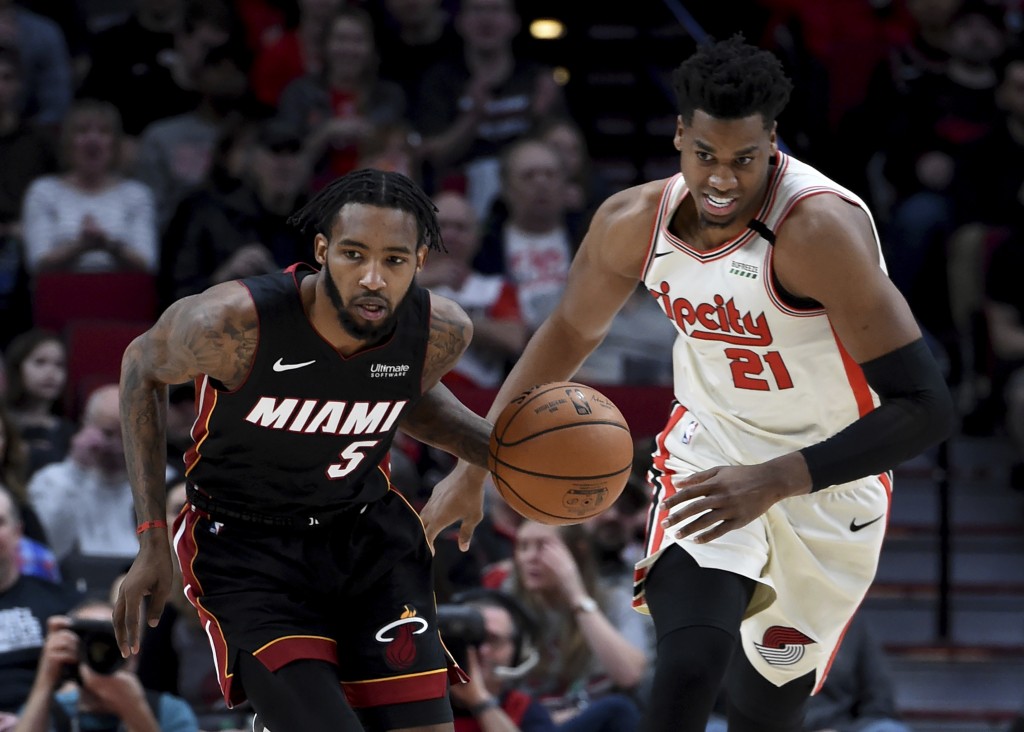 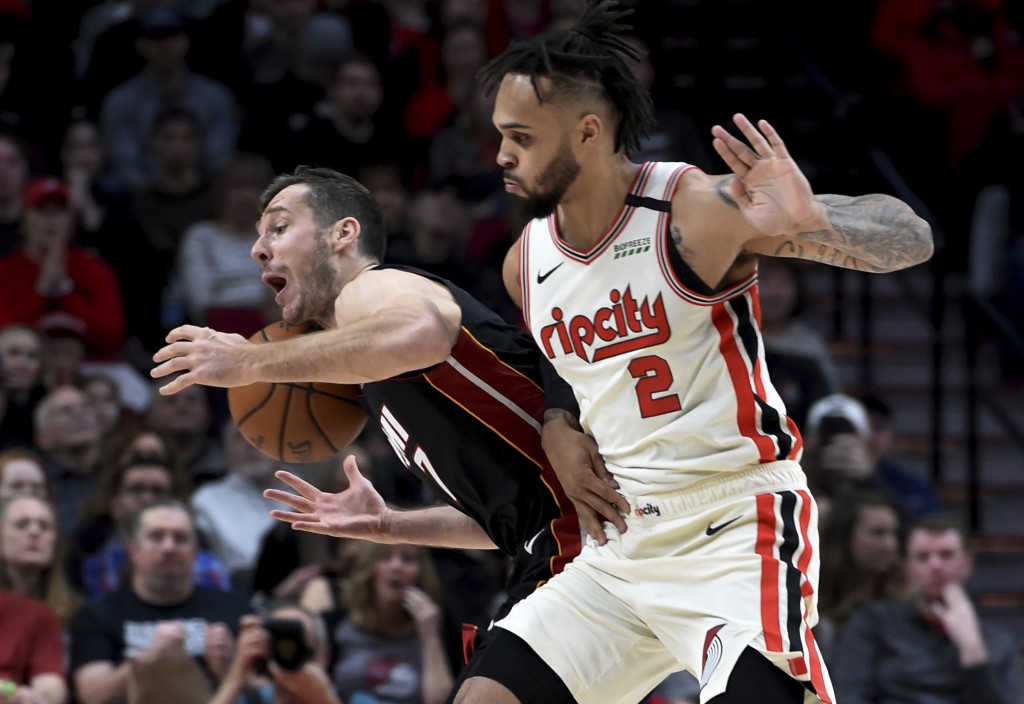 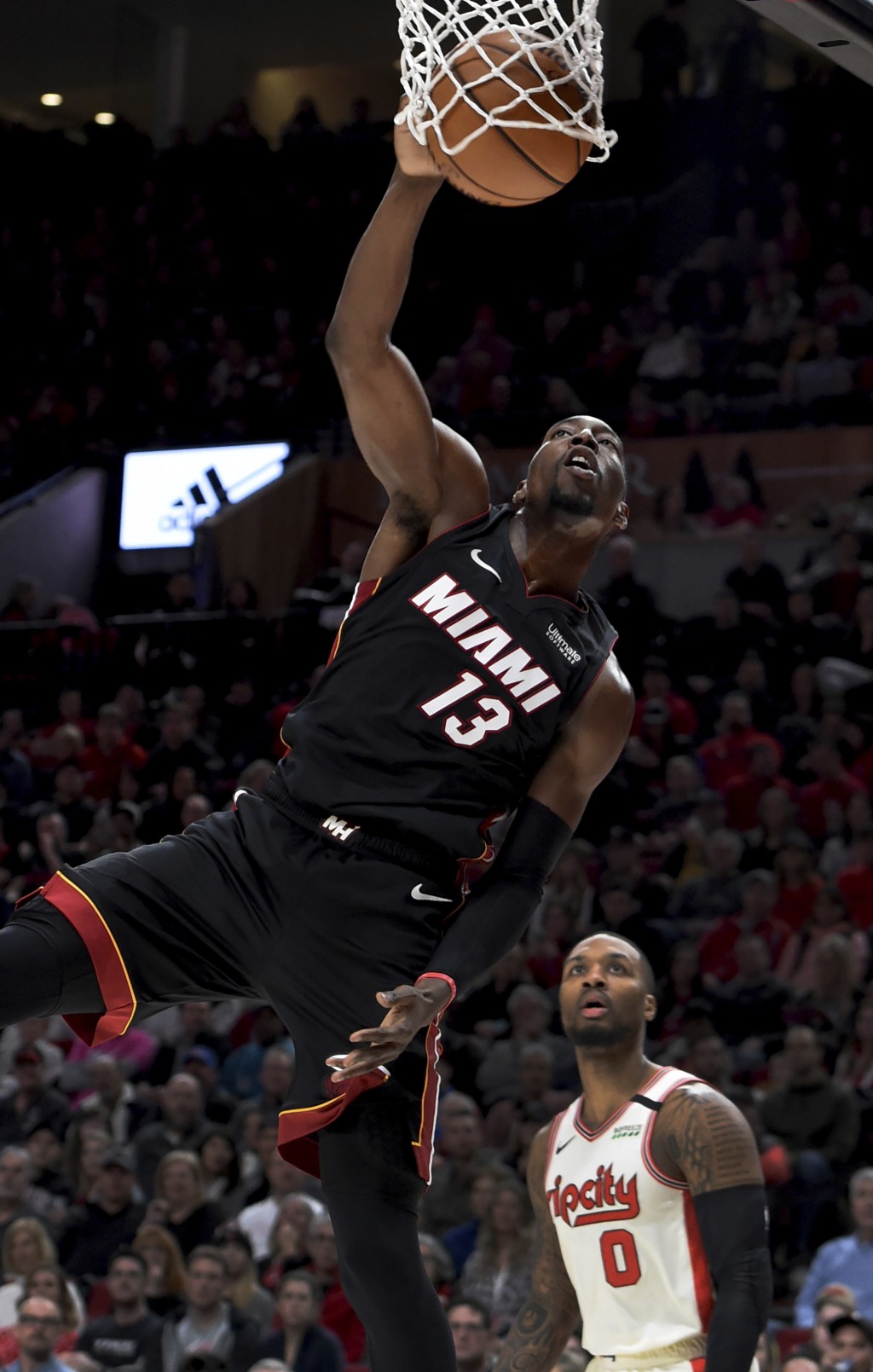 Iguodala had two points in his first game since the NBA Finals.

Hassan Whiteside had 11 points and 17 rebounds against his former team, including an pair of free throws with 11.5 seconds left that gave Portland a seven-point lead.

Goran Dragic had 27 points for Miami, which played without Jimmy Butler and Tyler Herro. Duncan Robinson had 19 points, but just four after halftime.

Iguodala, acquired from Memphis before the trade deadline, made his Miami debut in the first quarter, wearing No. 28. He made an impact with a block of Portland’s Mario Hezonja. In the second quarter, Hezonja sprained his left ankle and did not return, leaving Portland with just eight available players.

After a foul was called on Lillard with 0.9 seconds left in the third quarter, Blazers coach Terry Stotts challenged the call. The call was overturned after the review, which showed a clean block by Lillard and a loose ball foul on Dragic. Lillard made both free throws to give the Blazers a 93-83 lead heading into the final period.

Iguodala began the fourth quarter with an assist to Chris Silva on an alley-oop. A steal by Iguodala on the next possession led to Robinson's 3-pointer, forcing a Blazers timeout with 11:01 left.

Carmelo Anthony drew a technical foul with 6:03 left and Robinson made the free throw to cut Portland’s lead to 99-94.

After the Heat had three opportunities to cut into the lead, Whiteside grabbed the rebound and was fouled.

Heat: Sunday was the first game for the Heat with new additions Iguodala and Jae Crowder. Iguodala hasn’t played a game since the NBA Finals last June with the Warriors, but the 2015 Finals MVP has plenty of respect in the league still. “I see a winning player,” Blazers coach Terry Stotts said. “He is an experienced, winning player. A very good wing defender. I think he complements the Miami roster really well, with the versatility that he brings at both ends.”

Trail Blazers: Lillard's recent sizzling stretch caught the eye of Miami coach Eric Spoelstra. “It’s been a little bit of a habit of mine,” he said. “We play our game East Coast time and I throw on a West Coast game and it usually ends on Portland for the last two weeks with what this guy has been doing. The whole league has been watching. They’re in a desperate situation trying to make the playoffs. You have to respect the urgency and toughness and focus that they are going to bring into every single game.” Lillard had averaged over 41 points per game over the past 10 games entering Sunday.