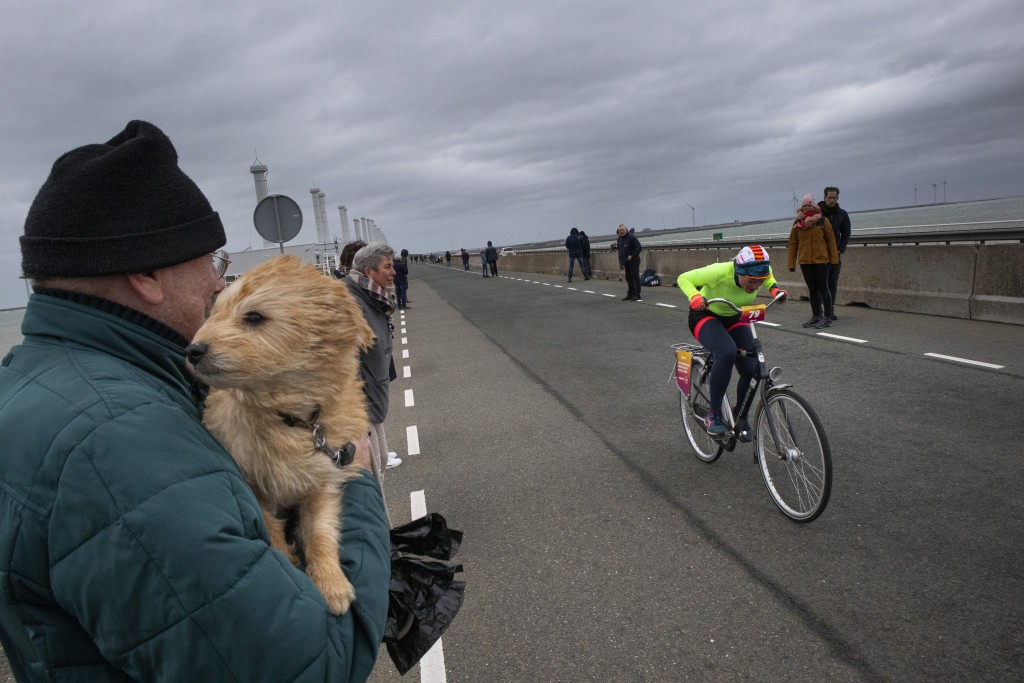 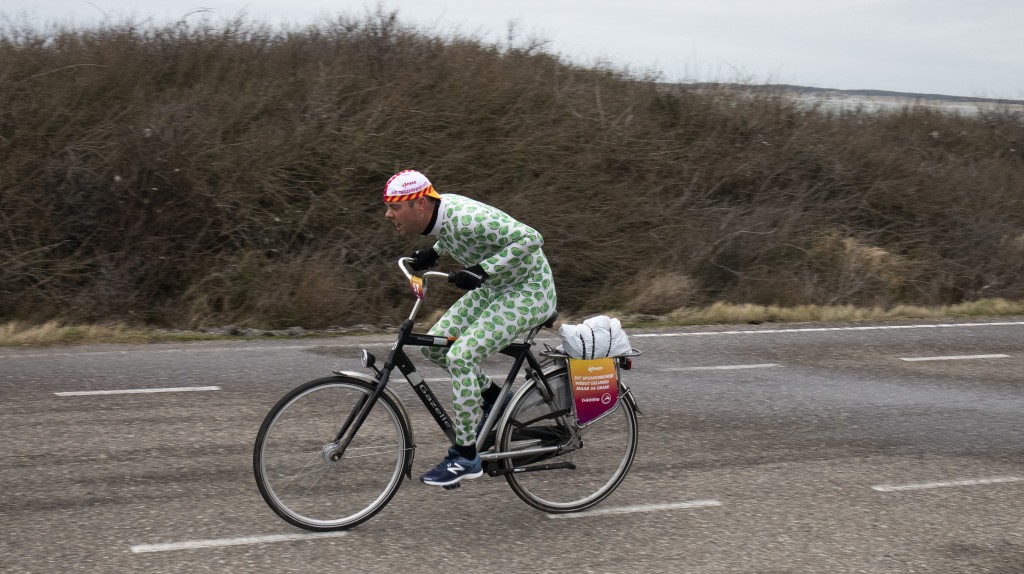 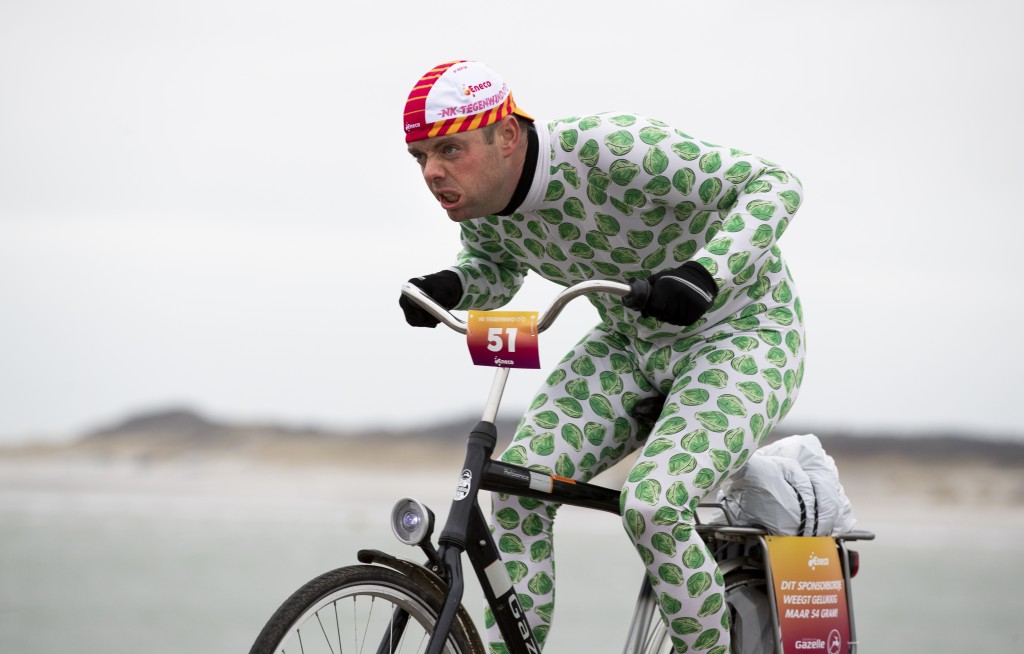 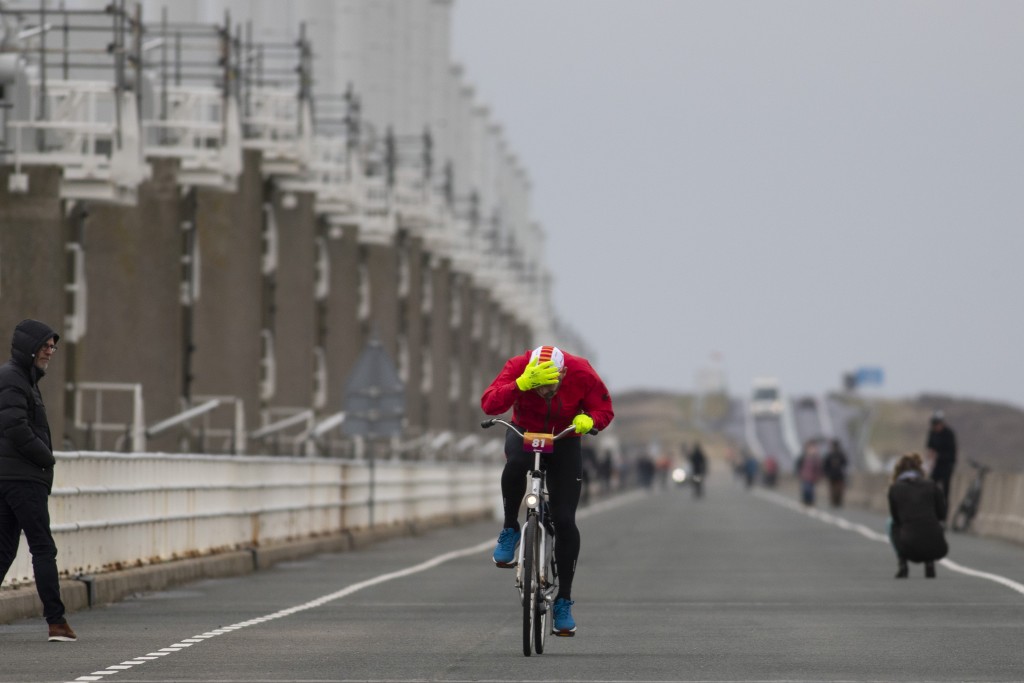 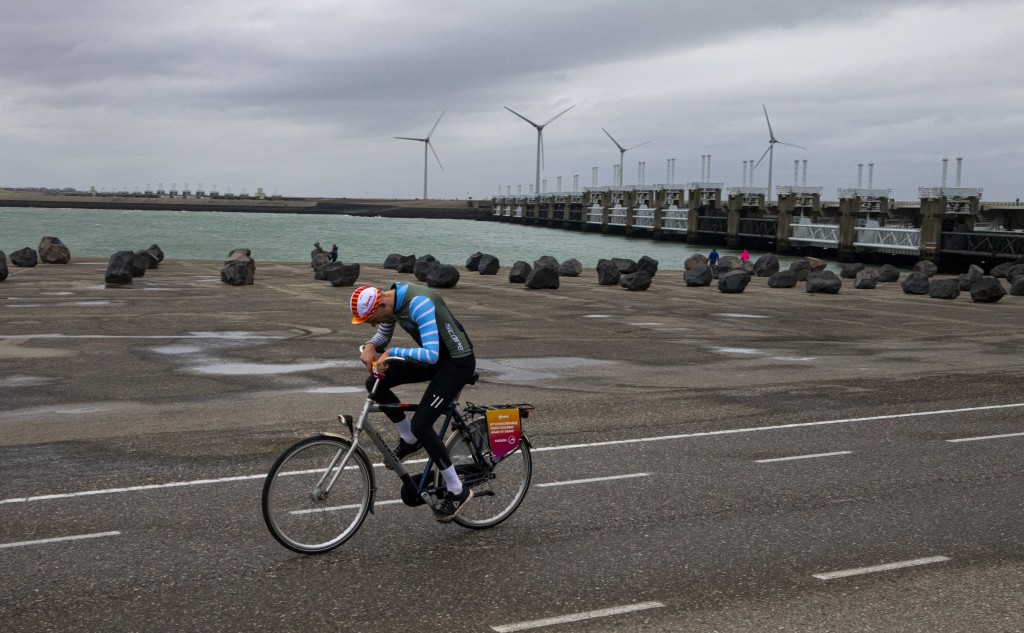 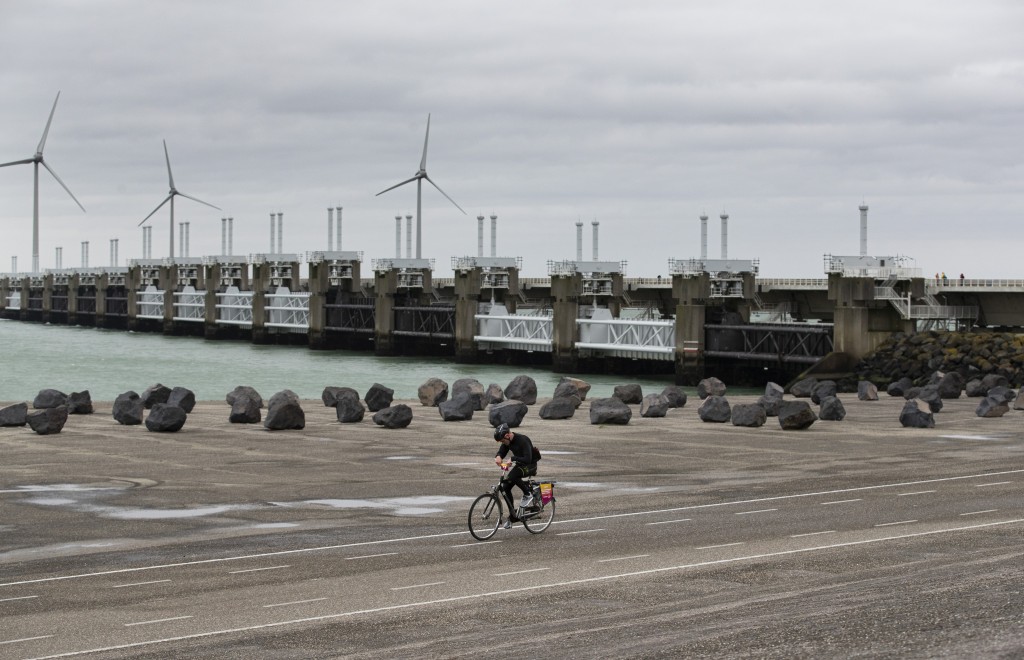 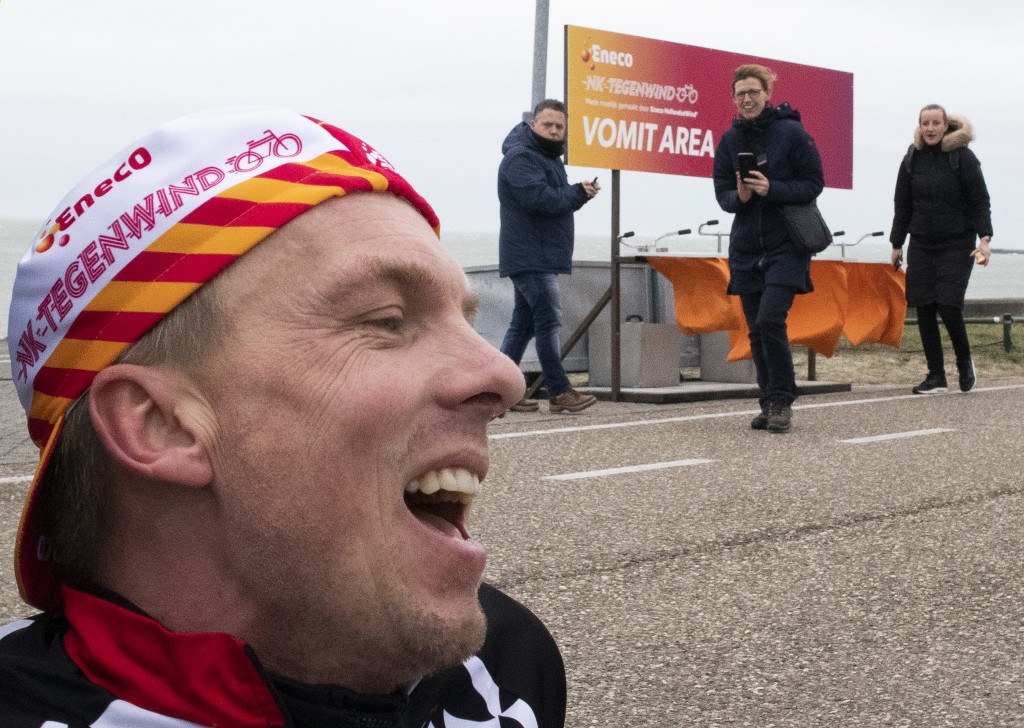 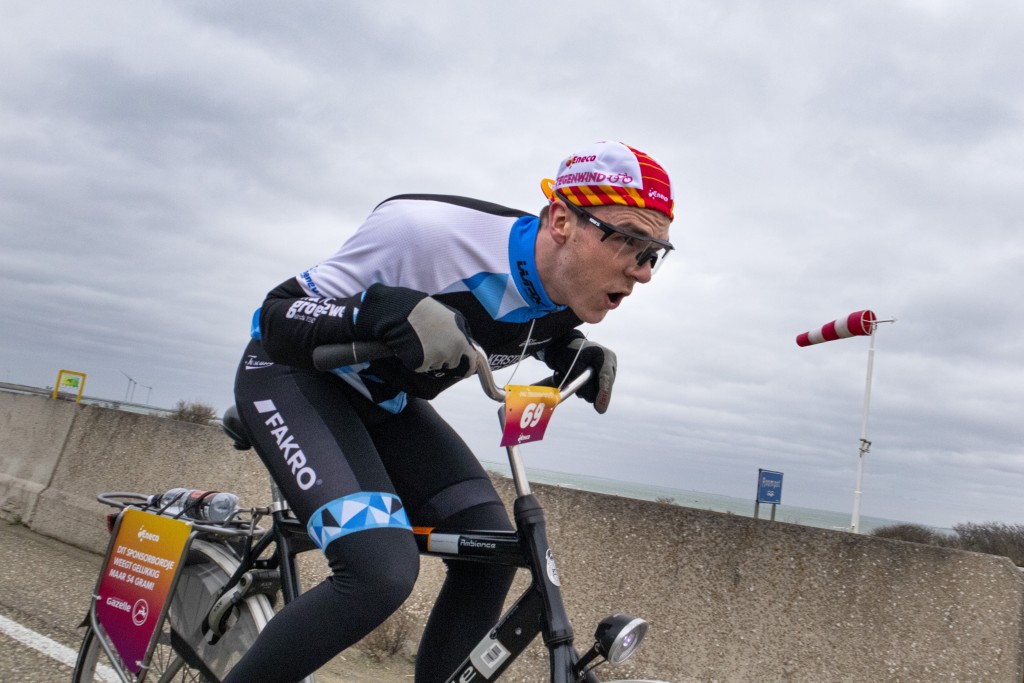 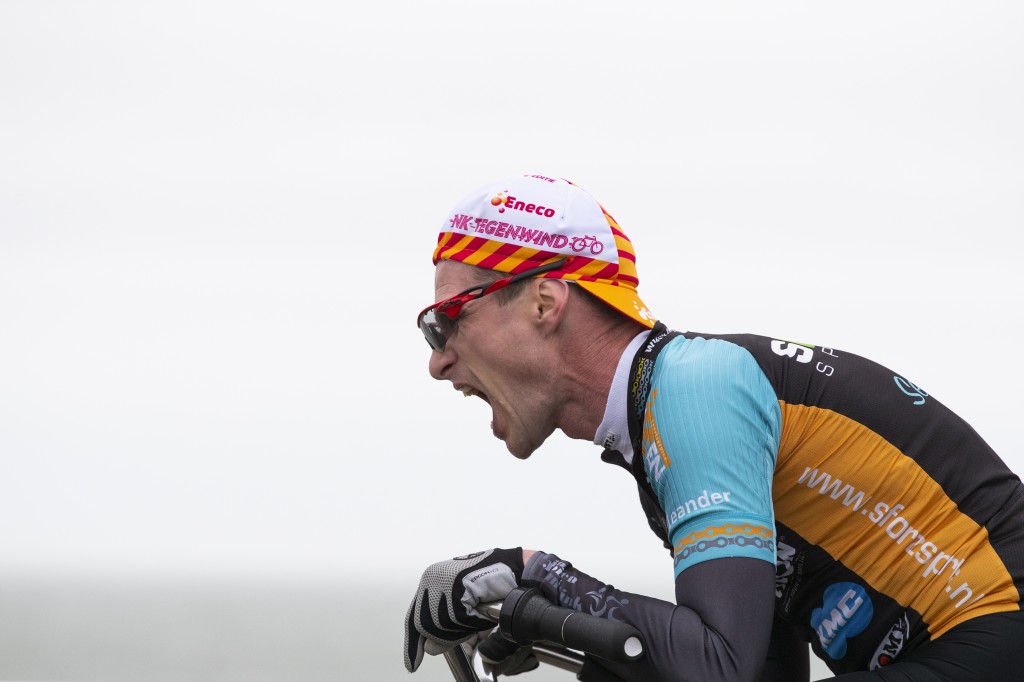 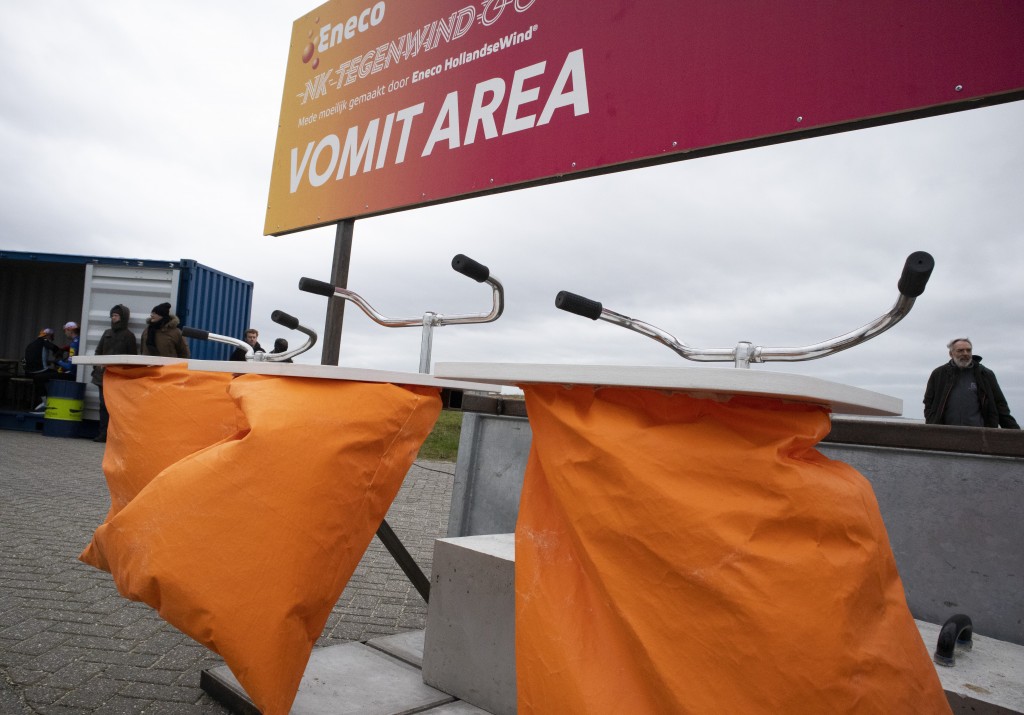 NEELTJE JANS, Netherlands (AP) — Call them riders in the storm.

While much of northern Europe hunkered down Sunday and hoped that Storm Ciara would blow over quickly with its hurricane-force winds, an intrepid band of cyclists made the most of the conditions to take part in the Dutch Headwind Cycling Championships.

The ingredients were simple: A basic bicycle with no gears, no featherweight carbon race frame, no drop handlebars, strong legs, steely resolve and wind. Lots of wind.

Yet completing the course along the coast of Zeeland province in the southern Netherlands and across a storm water barrier as heavy winds blasted riders with sand from nearby beaches was anything but simple, even for experienced riders. Organizers provided vomit buckets at the end of the 8.5-kilometer (5.3-mile) route.

“I survived, but it’s very tough,” said 56-year-old Hans Deting, his right hand dripping blood due to an injury he sustained when he was blown off his bike.

While the idea of plowing headfirst into a major storm on a bicycle may sound like madness, it’s surprisingly popular in the Netherlands, where many people commute to and from work by bicycle come wind or rain. Some 11,000 people expressed interest online, but organizers only had a maximum of 300 places available.

This was, organizers say, as close as you can get in the largely pancake-flat Netherlands to tackling an Alpine stage in a bike race.

“We call this the Dutch mountain,” organizer Robrecht Stoekenbroek told The Associated Press. “It’s like climbing a 10% slope on the worst bike you can imagine.”

With red-and-white wind socks snapping in the wind, riders hunched over their handlebars in a desperate attempt to remain as aerodynamic as possible. Many competitors wore tight lycra cycling clothes.

One man made a bold fashion statement by wearing a onesie emblazoned with Brussels sprouts over his cycling gear.

Crossing the Oosterscheldekering storm barrier, riders weaved across the cycle path as they struggled to maintain their balance.

Many participants, who rode one-by-one against the clock, weren’t too interested in their times. It was simply about completing the event.

"This is a bucket list thing,” Edwin van Gaalen said, as he leaned, gasping for breath, on his handlebars after finishing.

He paused to further explain.