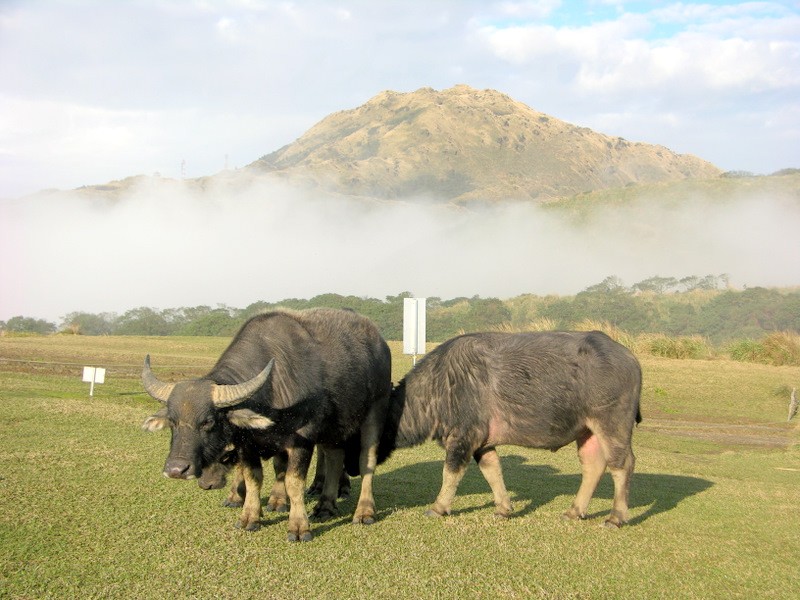 TAIPEI (Taiwan News) — A trail on Yangmingshan National Park in Taipei that was closed after accidents involved conflicts between humans and wild cattle was reopened at a time when fear of getting the new coronavirus was confining people to home, providing a good opportunity for people to engage in outdoor activities.

The Qingtiangang Circular Trail on Taipei’s Yangmingshan, an immensely popular destination for outings in Taipei, has reopened after being closed since August 2018 due to accidents in which two visitors were injured by wild cattle, according to the Construction and Planning Agency on Wednesday (Feb. 5).

The agency in a news release said that after the accidents, Yangmingshan National Park temporarily closed the Qingtiangang Circular Trail — which includes the central walking path, the Mt. Zhugao Branch Trail, and the grassland section of the Lengshuikeng-Qingtiangang Trail — in order to make safety improvements.

The central walking path reopened to the public on Sep. 27, 2019, after work was completed on 510 meters of its length, the release said. The Circular Trail, including the Mt. Zhugao Branch Trail and the grassland section of the Lengshuikeng-Qingtiangang Trail, were later reopened on Jan. 16, 2020, with signs posted warning of the moody cattle.

The entire trail system around Qingtiangang is once again fully open to the public, the statement said.

Yangmingshan National Park warned that the capricious bovines still pose a risk at Qingtiangang and urged visitors to keep a safe distance. It also warned the public to avoid teasing the animals, keep dogs away from them, and abstain from flash photography.

A description of Qingtiangang on Yangmingshan National Park’s website says “Qingtiangang is a lava terrace formed when the lava from Mt. Zhugao flowed north after its eruption. Because of its flat terrain, a ranch was established, and the area was used as a pasture for grazing cattle during the Japanese occupation.”