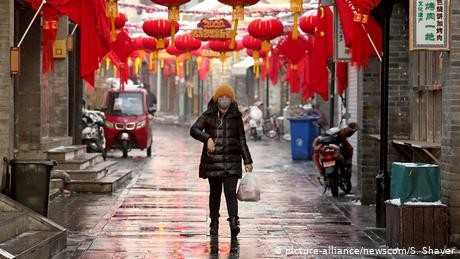 The number of new coronavirus cases fell significantly between Saturday and Sunday, global health authority figures shared Sunday showed, potentially indicating a slowdown in the spread of the deadly infection.

Another 89 deaths and 2,656 new cases were reported over the last 24 hours on Sunday, compared to 3,399 new cases recorded the day before.

Over 37,500 cases of coronavirus have been confirmed globally.

In China, 37,198 infections and a total of 811 deaths have been reported on the mainland.

Spain on Sunday announced the second confirmed case within its borders.

The second and last plane to evacuate British nationals from Wuhan, the center of the virus outbreak, arrived in southern England on Sunday. Over 200 people were on the flight, including several other nationalities.

A UK medical official later confirmed that another case of the virus had been identified in the country, bringing the total number of British infections to four. The new patient had been in direct with contact with a previously confirmed British case while both parties were in France.

China's finance ministry said Sunday that the government had allocated 71.85 billion yuan ($10.26 billion) to fight coronavirus. The funds will be used to make sure all citizens have access to diagnosis and treatment, and to ensure that all regions have the financial means to fight the outbreak.

On Saturday, the coronavirus death count surpassed the 774 deaths seen during the SARS outbreak in China in 2002-2003. One American and one Japanese citizen succumbed to the disease, marking the first non-Chinese fatalities linked to the virus.

Cruise ships remain stranded in the ports off coastal cities. Hong Kong on Sunday allowed 3,600 people aboard the World Dream cruise ship to disembark after all 1,800 crew tested negative for the infection.

Meanwhile, the Diamond Princess cruise ship entered its fifth day of quarantine in the Japanese port of Yokohama. The cruise ship has 64 confirmed cases of coronavirus on board. The passengers and crew will not be allowed to disembark until February 19 at the earliest.

The Singapore Airshow scheduled for Sunday has insisted that the show— the largest aerospace event in Asia — must go on, despite 70 exhibitors pulling out over coronavirus fears, including US aerospace giant Lockheed Martin.