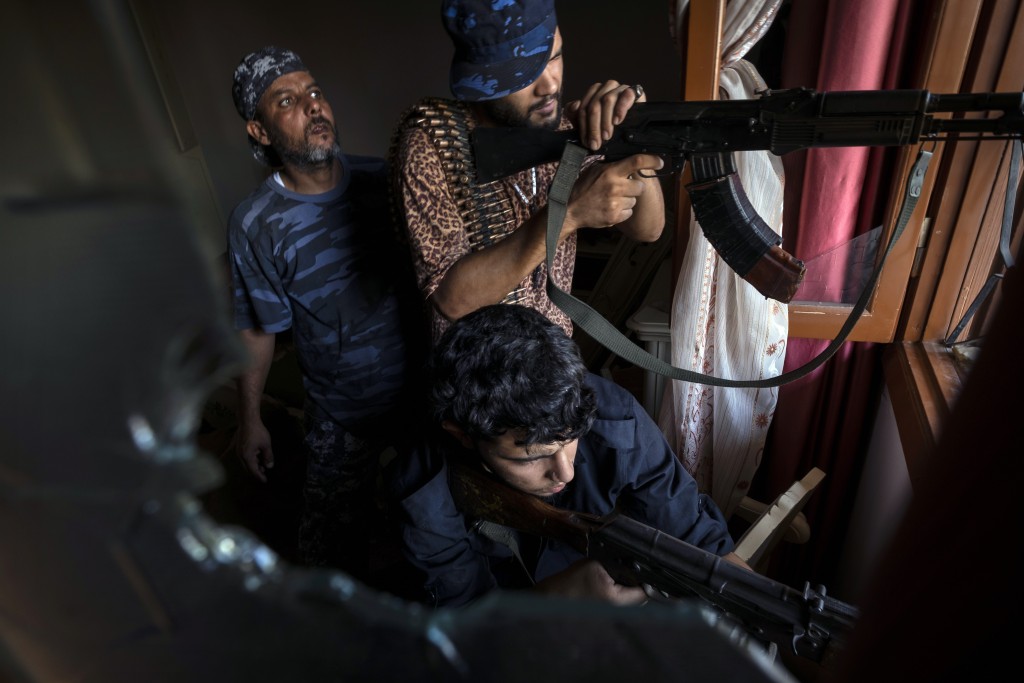 CAIRO (AP) — Libya’s warring sides ended several days of U.N.-brokered talks without reaching a deal to consolidate a provisional cease-fire in and around the capital, the U.N. said.

Another round of talks was proposed for later this month “as both sides agreed to the need to continue the negotiations,” according to a statement from the U.N. support mission in Libya released Saturday.

The current cease-fire was brokered by Russia and Turkey on Jan. 12. It marked the first break in fighting in months, but there have been repeated violations from both sides.

Oil-rich Libya is split between rival governments, each backed by an array of foreign countries apparently jockeying for influence in order to control Libya’s resources.

A U.N.-supported but weak administration, led by Prime Minister Fayez Sarraj, holds only a shrinking area of western Libya, including the capital Tripoli. It’s been fending off an offensive since last April by forces loyal to Gen. Khalifa Hifter, who is allied with a rival government that controls much of Libya's east and south, including key oil fields and export terminals.

Outside nations continue to break a U.N. arms embargo on Libya by sending equipment, weapons and even foreign fighters to both sides.

The U.N. statement said there was “broad consensus” between the two sides on “the urgency for Libyans to safeguard the sovereignty and territorial integrity” and to “stop the flow of non-Libyan fighters and send them out of the country.”

Hifter’s forces are backed by the United Arab Emirates and Egypt, as well as France and Russia.

Sarraj is backed by Turkey, Italy and Qatar. In the latest twist, Turkey has deployed Syrian fighters affiliated with al-Qaida and the Islamic State to the Libyan battlefield.

The U.N. statement said there was “widespread consensus” between the two sides to continue the fight against U.N.-identified militant groups, such as the Islamic State, al-Qaida and Ansar al-Sharia.

It said both sides expressed support for the exchange of prisoners, the return of the bodies of deceased fighters, and the return of displaced civilians to their homes.

The U.N. proposed a new round of cease-fire talks in Geneva on Feb. 18.