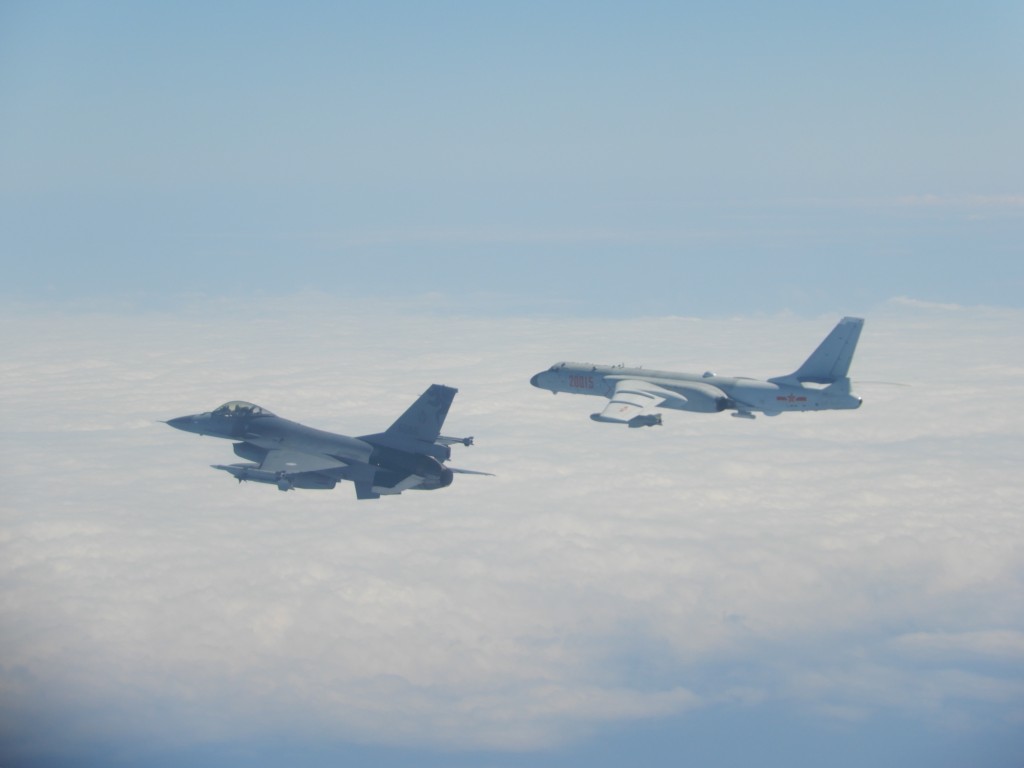 TAIPEI (Taiwan News) — China deployed its military aircraft on Sunday morning (Feb. 9) to the West Pacific by circling half of Taiwan, said the island nation’s Ministry of National Defense in the afternoon, adding that the authorities had responded immediately and appropriately to the Chinese military activity.

China sent out Shenyang J-11 fighter jets, at least four Xian H-6 jet bombers, and at Shaanxi KJ-500 airborne early warning and control aircraft at around 11 a.m, and the planes flew through the Bashi Channel and Miyako Strait — off the east coast of Taiwan — before returning to base, according to Taiwan’s defense authorities. They added that the military had responded to the Chinese training exercise immediately by scrambling Air Force reconnaissance and defense jets.

The ministry also released a photo of one of Taiwan's F-16 fighter jets, armed with at least one missile, flying close to the Chinese jet bomber for monitoring. The ministry stressed that the military would get full control of any situation and respond accordingly to ensure the nation’s sovereignty and protect the lives and property of the Taiwanese people.

Nevertheless, the ministry warned that the operation by the Chinese military impacted the region’s security and stability. It called the activity an endangerment to the peace and well-being of the region.