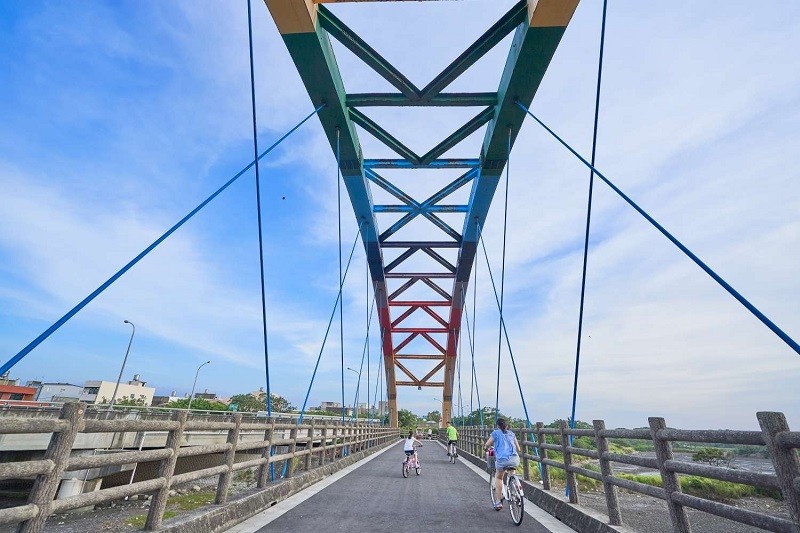 TAIPEI (Taiwan News) — Six truss bridges along the Hsinchu 17 km Coastline Bike Path will be either reinforced or tested for their structural reliability to ensure their safety, starting at the end of the month, according to a news release published by Hsinchu City’s City Marketing Department on Feb. 2.

The Hsinchu 17 km Coastline Bike Path connects the south bank of the Toucian River in the north and the city’s Nangang area in the south, bringing together several appealing locales, including the Hsinchu Fisherman's Wharf, the Gangnan Canal Park, the Crab View Path, and the Nangang Bird Watching Area.

The news release cited Hsinchu Mayor Lin Chih-chien (林智堅) as saying that there are six photogenic truss bridges along the bikeway that are over 10 years old; the city will spend NT$50 million (US$1.6 million) on reinforcing two of them and conducting structural inspections on the other four. The mayor added that the project is expected to begin at the end of February.

The City Marketing Department said that the screw bolts, steel ropes, and steel decks of the No. 1 and 2 rainbow bridges, both of which are 15 years old, will be replaced, while the structural reliability of the other four crossings will be tested. The department added that the 17-kilometer coastal bike path is blessed with a rich ecology that attracts more than 200,000 visitors every year.