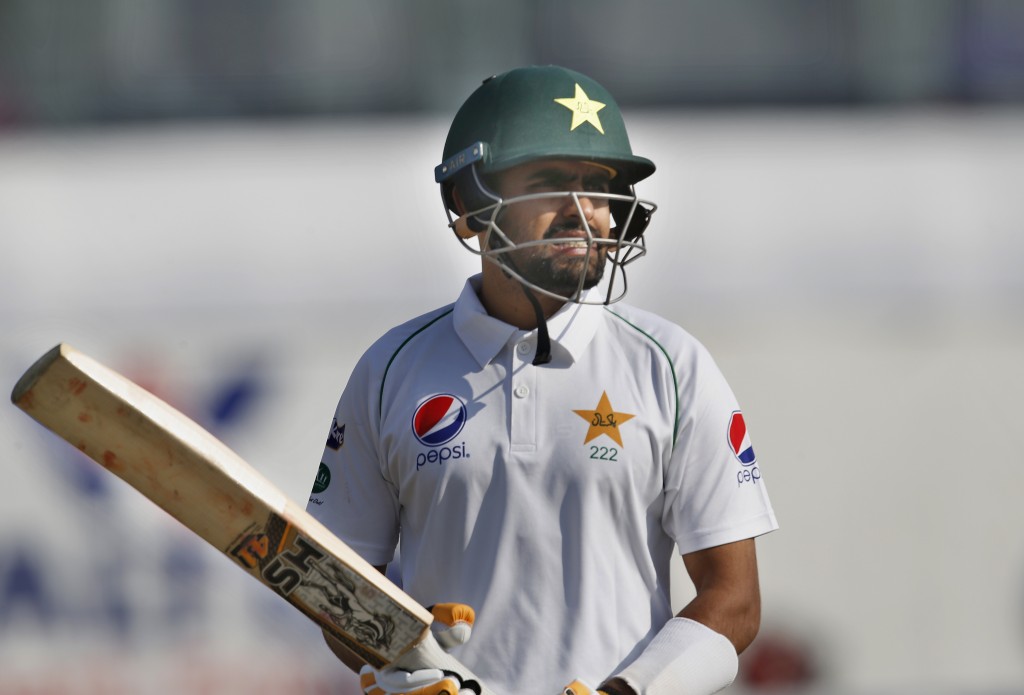 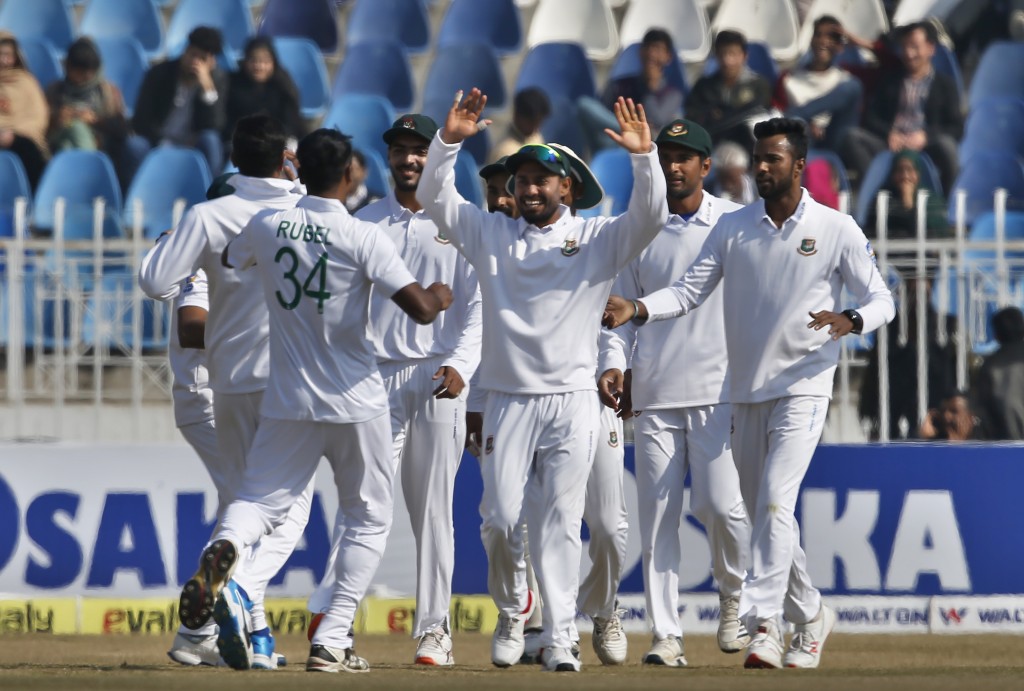 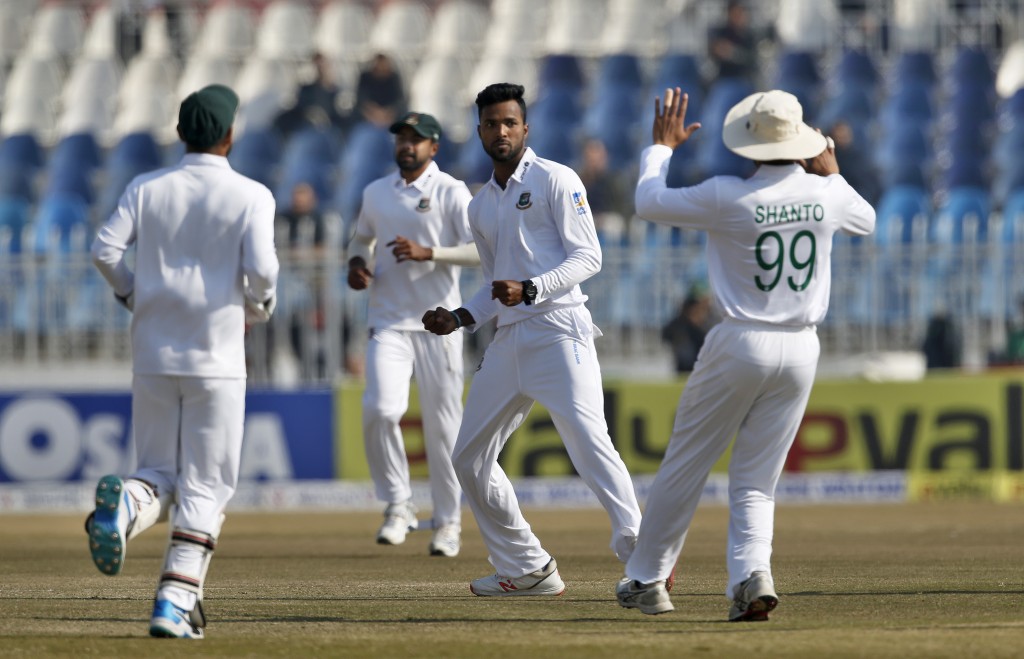 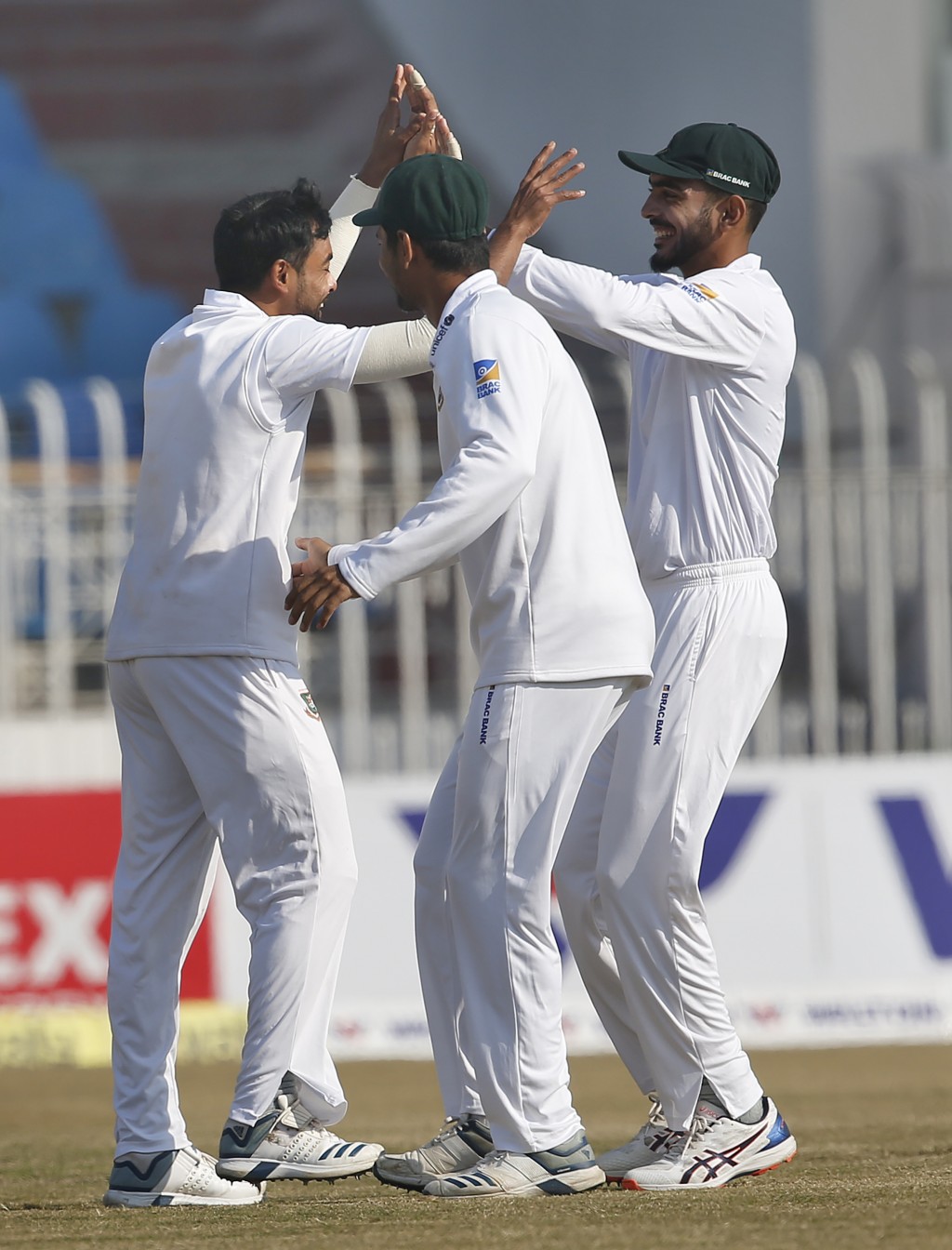 RAWALPINDI, Pakistan (AP) — Bangladesh's fast bowlers hit back with four wickets but Pakistan still stretched its first innings lead to 187 on the third day of the first test on Sunday.

The hosts lost century-maker Babar Azam off Abu Jayed’s first ball of the day before it reached 420-7 at lunch. Bangladesh was dismissed for 233 in its first innings.

Haris Sohail (54 not out) pushed Pakistan's lead and batted resolutely with the tail for an unbeaten half century that included six fours and a six.

Shaheen Afridi was three not out at the break.

Fast bowler Rubel Hossain claimed the wickets of Mohammad Rizwan (10) and Yasir Shah (5) in Bangladesh’s most productive session of the match as Pakistan could only add 78 runs to its overnight 342-3.

Babar, who scored 143 off 193 balls and hit 18 fours and a six during his nearly 4-1/2 hours at the crease, was taken at first slip when caught in two minds whether to leave the ball or to cut the rightarm seamer Jayed (3-85).

Bangladesh's seamers bowled to a much better line and length in the first hour Sunday and were duly rewarded. Ebadot Hussian (1-97) induced an inside edge of Asad Shafiq’s bat off a delivery that nipped back into the right-hander.

Shafiq made 65 off 129 balls and hit nine fours as he added 112 runs in a fourth-wicket stand with Babar.

Rubel, who was wicketless on the second day, finally got among the wickets when Rizwan mistimed a pull off a short delivery and top edged to fine leg. Rubel (2-102) then broke the 41-run seventh-wicket stand when he won a lbw referral against Yasir.