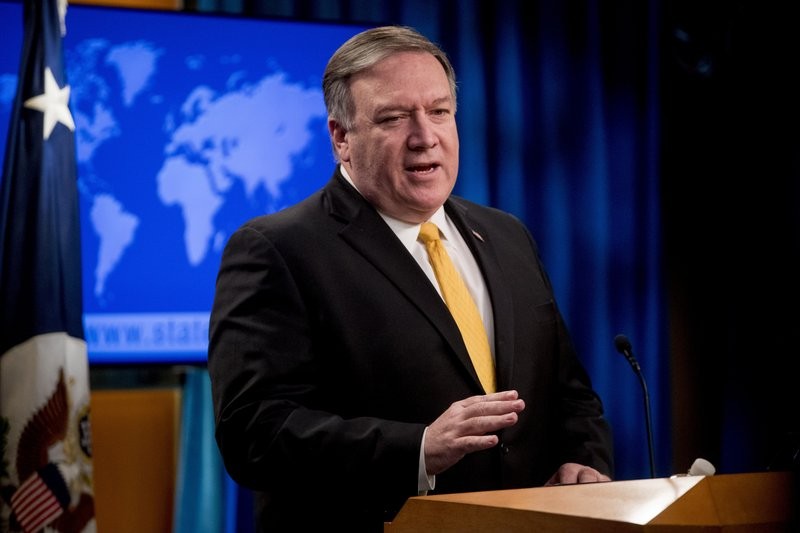 TAIPEI (Taiwan News) — U.S. Secretary of State Mike Pompeo advised governors to be wary of surveillance by the Chinese government and made a case for collective support for Taiwan, which he hailed as a key business partner.

The message was delivered at a speech to some 44 governors at the National Governors Association on Sunday (Feb. 9), wrote Politico. America’s governors are being analyzed by at least one Beijing-backed think tank over how compliant they have been and how likely they are to cooperate with China in the future, he warned.

Pompeo urged the governors to avoid striking individual deals with China that could hurt national policy. They were also asked to be vigilant about Chinese activities, including those by students of Confucius Institutes which might further Beijing’s propaganda goals, according to the report.

Taiwan issues have become an example of how China is striving to meddle in U.S. state-level affairs, said America's top diplomat. Last year, the governor of Mississippi received threats to the effect that Chinese investment plans in the state could be scrapped if he were to visit Taiwan, wrote CNA.

In other instances, Beijing has demanded that U.S. state governments refrain from extending congratulations to Taiwan President Tsai Ing-wen (蔡英文) for her successful bid for a second term last month. The Chinese government even went so far as to force a high school in Chicago to cancel an invitation to a Taiwanese representative for an upcoming climate seminar.

The fact that Beijing was interfering with local affairs indicates a deepening, systematic approach to exerting its influence, Pompeo said. Despite taking place on the local level, such meddling may cumulatively undermine national interests, he reckoned.

Pompeo added that the Trump administration is addressing the issue through actions like “seeking international affirmation that Taiwan is a key business partner.” The state officials were also advised to consult with the federal government when presented with propositions associated with China, according to Politico.