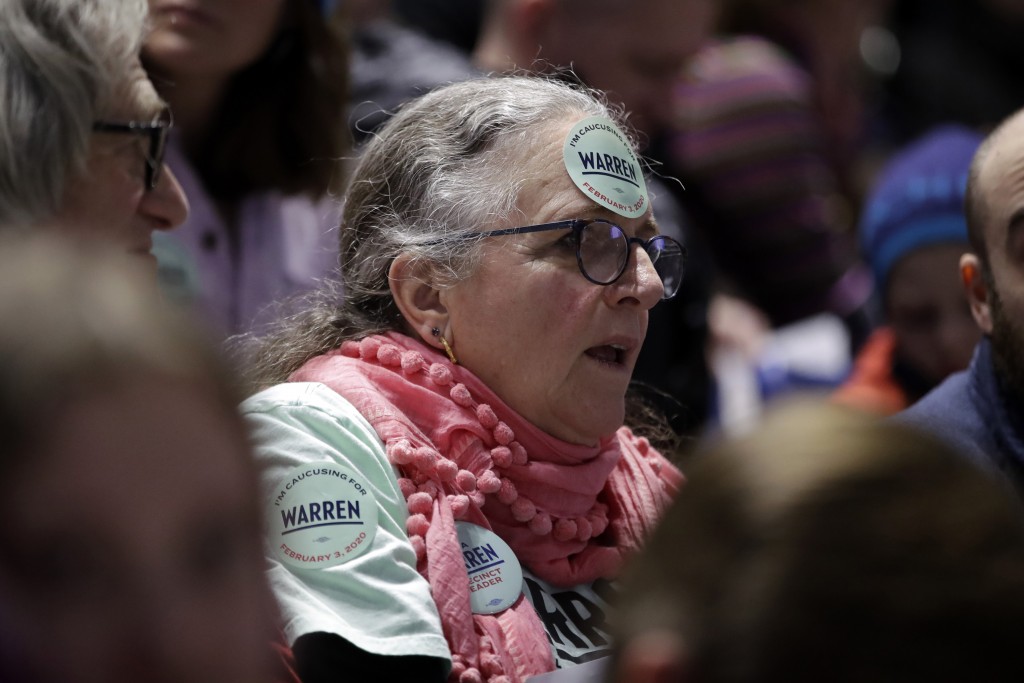 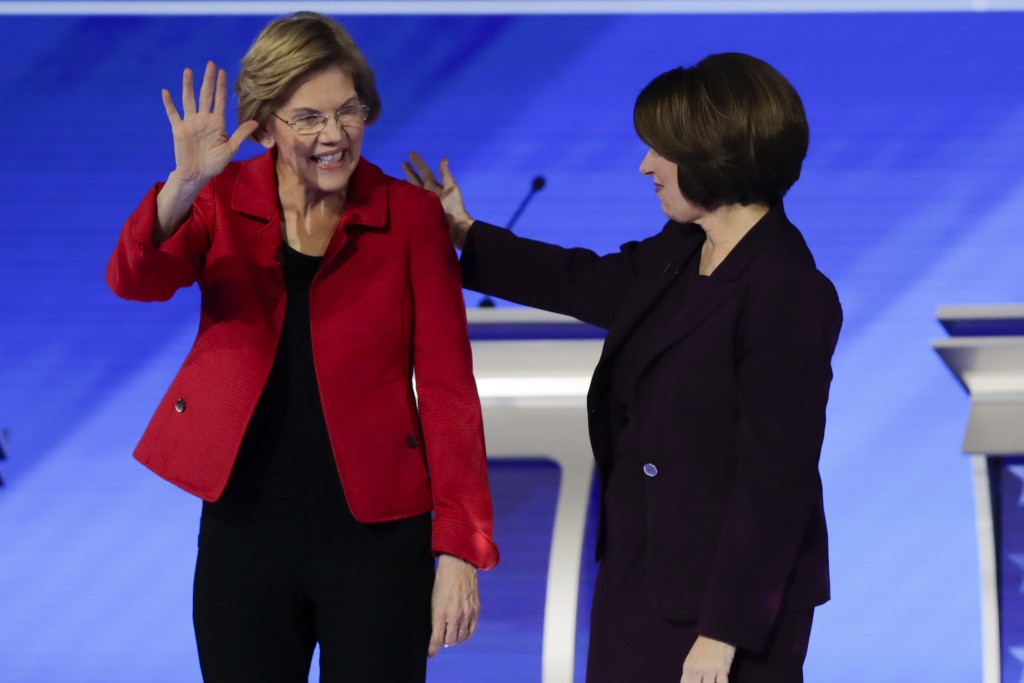 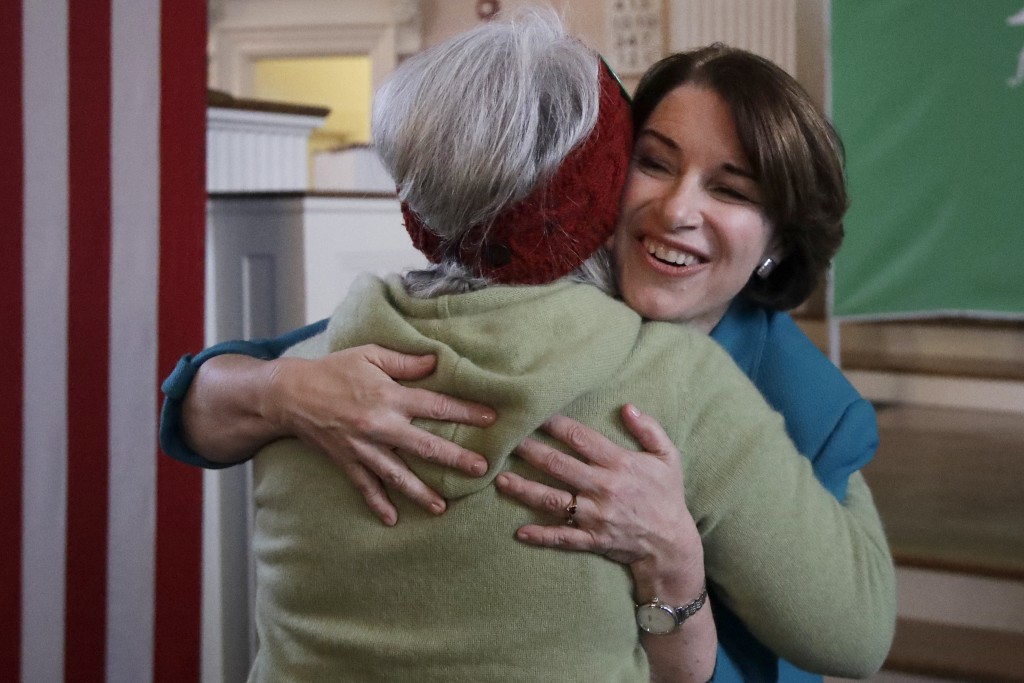 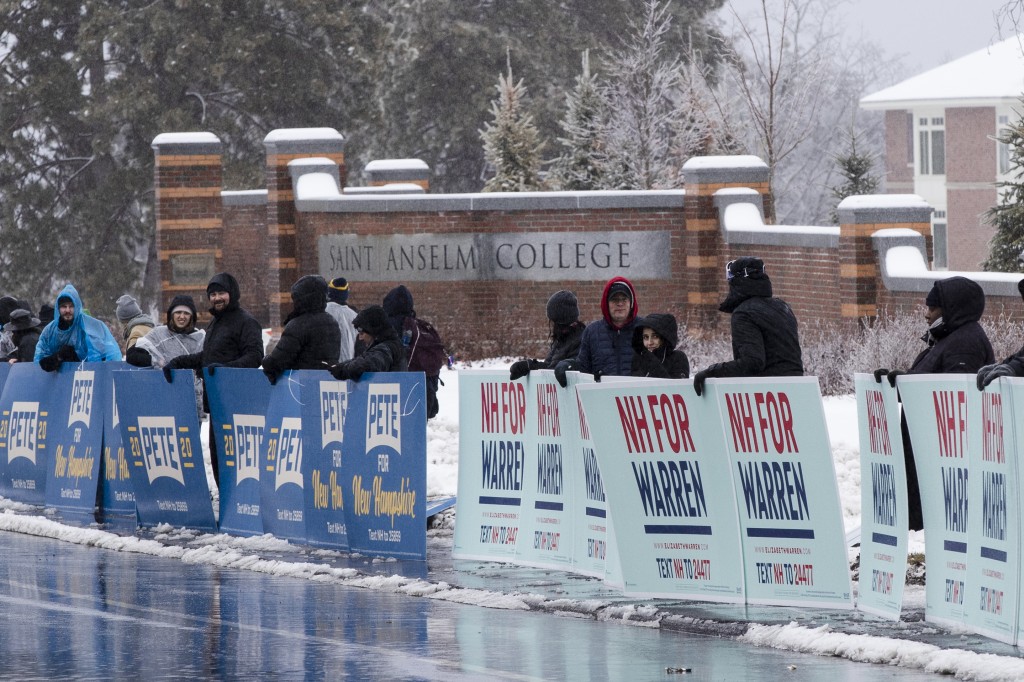 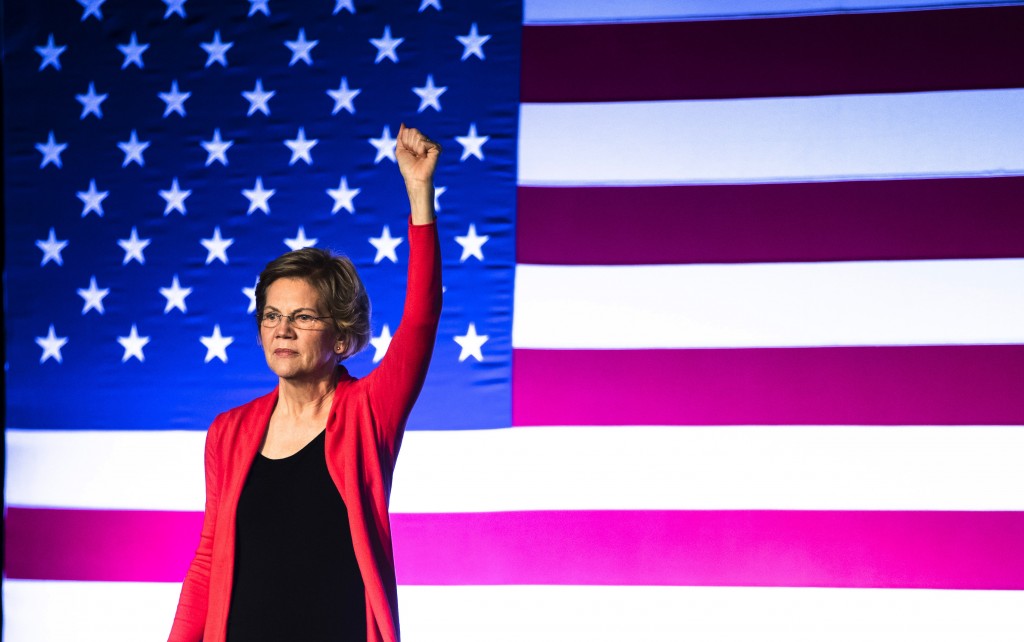 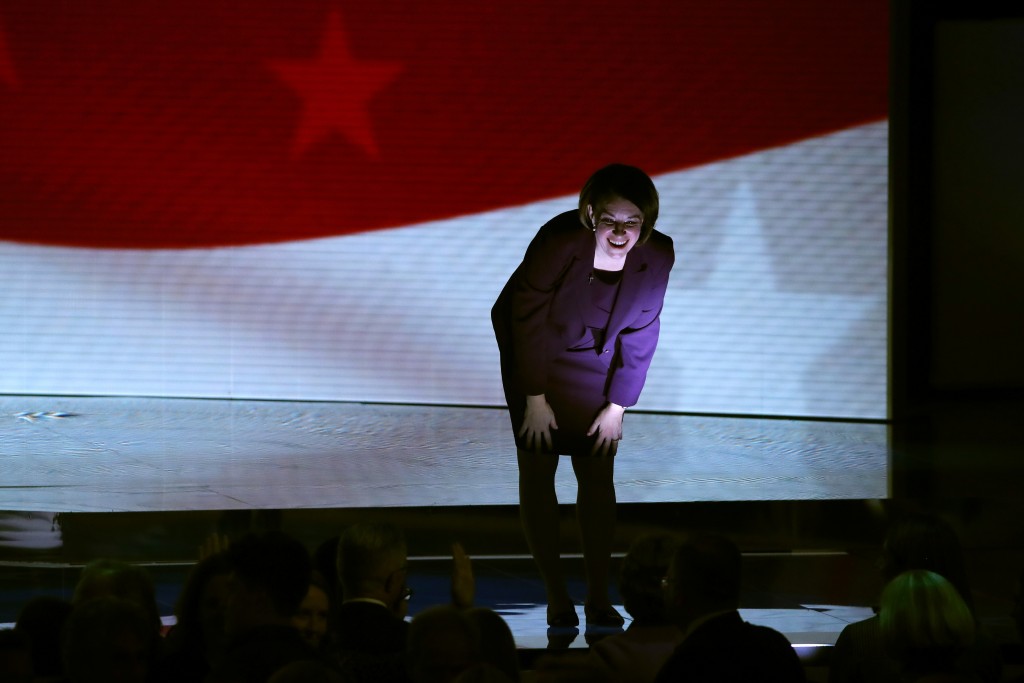 PLYMOUTH, N.H. (AP) — In a perfect world, Susan Stepp, a 73-year-old retiree, would be voting vote for Massachusetts Sen. Elizabeth Warren in New Hampshire's Democratic presidential primary Tuesday, she says. But that won't be happening.

Stepp's concern has coursed through the Democratic primary for months, registering in polling, interviews and, now, the first votes cast. In Iowa's caucuses last Monday, many Democrats did not prioritize breaking the gender barrier to the Oval Office and they viewed being a woman as a hindrance rather than an advantage in the race.

Only about one-third of Iowa caucusgoers backed a female candidate. Topping the caucus field were two men, former South Bend, Indiana, mayor Pete Buttigieg and Vermont Sen. Bernie Sanders,. Women were only slightly more likely than men to back one of the three women in the race, according to AP VoteCast, a survey of more than 3,000 Iowa voters.

Most Iowa Democrats said it was important for a woman to be president in their lifetimes. But many voters, including about half of all women, said a female nominee would have a harder time beating Donald Trump in November.

“He will just use that against her, like he did Hillary," Stepp said, looking back to Trump's 2016 race against Hillary Clinton in 2016. "He doesn’t debate. He just insults. I don’t think he would have that same effect if he went up against a strong man.” Stepp said she plans to vote for Sanders.

Those perceptions present an undeniable headwind for the women in the race, who have spent months making the case that a woman can win. As they seek success in New Hampshire, both Warren and Minnesota Sen. Amy Klobuchar must work to energize voters about the chance to make history and persuade them it is possible this year, in this race against this president.

“In 2020, we can and should have a woman for president," Warren said at a CNN town hall this past week, days after taking third in Iowa. Klobuchar came in fifth. The Associated Press has not called a winner in the Iowa caucus because the race is too close to call.

Iowans appeared open to that message. Most Democratic voters in the state, 72%, said they thought it is important for the U.S. to elect a woman president in their lifetimes, and that included roughly two-thirds of men.

But most were resolved to put it off for another election. That was true of men and women. The survey found 34% of women voted for Warren, Klobuchar or the longshot candidacy of Hawaii Rep. Tulsi Gabbard, compared with 28% of men.

Overall, many Democratic voters thought it would be harder for a woman to beat Trump. About half of women said they thought a female nominee would have a harder time, compared with about 4 in 10 men. Men who harbored that concern were significantly less likely to vote for a woman than a man.

Experts say the findings are in line with traditional patterns in voting by gender — women usually don't coalesce around one of their own. “Nobody's going to win an election by unifying women because women are not a unified bloc,” said Kathy Dolan, a political scientist at the University of Wisconsin-Milwaukee. “There's no evidence that suggests for us that women candidates vote much more for women candidates than men.”

Analysts say it's no surprise that women express more anxiety about a woman defeating Trump, given that through personal experience, they're familiar with the barriers of sexism.

“Women are more likely to have experienced or observed gender discrimination or sexism,” said Jill Lawless, a political scientist at the University of Virginia.

Notably, experts said, there's no data showing that women underperform or outperform men in general elections. But Lawless noted that having to fight that perception that a woman cannot win may actually work against the female candidates in this race.

“Anytime they're trying to convince voters that a woman can beat Donald Trump, they're not talking about health care or foreign affairs,” she said.

Warren spent months trying to avoid the gender issue, seeing questions about pervasive sexism in politics as a lose-lose proposition. Either she acknowledged that being a woman created all kinds of challenges because of inherent bias, and appeared to be whining about it, or she said it wasn’t a problem and would therefore seem out of touch, she told aides.

But, since the New Year, Warren has shifted her strategy dramatically, taking the issue head on. She raised it directly in asserting that Sanders had suggested a woman couldn't win the White House, and, after they clashed about it during a debate in Iowa, refused to shake his hand on national television.

In the final days before Iowa, Warren began talking about a woman's electability. She now repeats at every campaign stop that women have performed better in recent elections than men, underscoring the role of female candidates who helped Democrats retake control of the House in 2018.

“The world has changed since 2016," Warren said during a rally this past week in Keene, New Hampshire. “Women have been outperforming men in competitive races. Can women win? You bet women can win."

Pushpa Mudan, a 68-year-old retired physician, is one of those anxious women who's sticking to her guns. She attended a Warren rally on Wednesday at a community college in Nashua, New Hampshire.

She said she’s seen Warren three times in recent months, and also attended a recent Klobuchar rally, and is still deciding between the two, though she’ll likely pick Warren in the primary. Mudan said electing a woman as president is a top issue for her, but she’s afraid that none will be able to compete with Trump.

“I think this country, for considering itself an advanced country, is very far behind the rest of the world by not having a woman at the highest position,” she said. “Places like Pakistan, Turkey have had a female president. Not here. But the way Trump puts them down, it is hard for any to make it, I think. It’s going to be very hard.”

Associated Press writers Will Weissert and Kathleen Ronayne in Manchester, New Hampshire, contributed to this report.