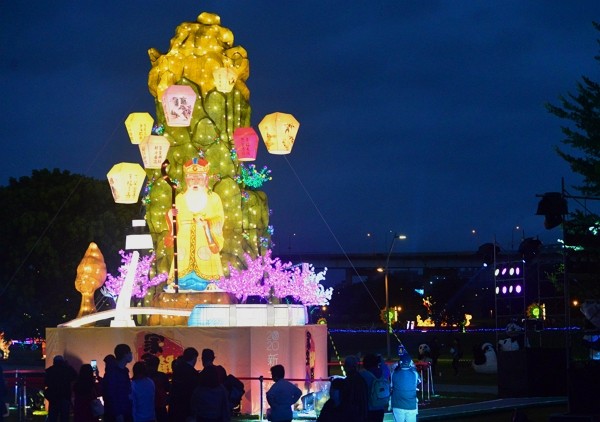 Led by New Taipei City Mayor Hou Yu-ih (侯友宜), the organizers celebrated the event opening with a 97-second light show. Representatives from the Japanese city of Aomori were present, and Taiwanese dance groups the Rakuten Girls and the Luxy Boyz electrified the venue with their performances.

Hou told the media that the New Taipei Lantern Festival attracts millions of visitors every year and that high-quality preventive measures will be implemented throughout the 24-day celebration to preclude the spread of the coronavirus. He hopes that the recent viral outbreak will not affect Taiwanese citizens’ desire to visit and that festivalgoers will not hesitate to try out different games and food stands.

The most eye-catching design at the venue, however, is a wall of nine dragon lanterns that move their bodies when lit up. The wall was donated as a gift to the city government by the Xianse Buddhist Temple. Mice are the theme of this year's festival. (Facebook photo)