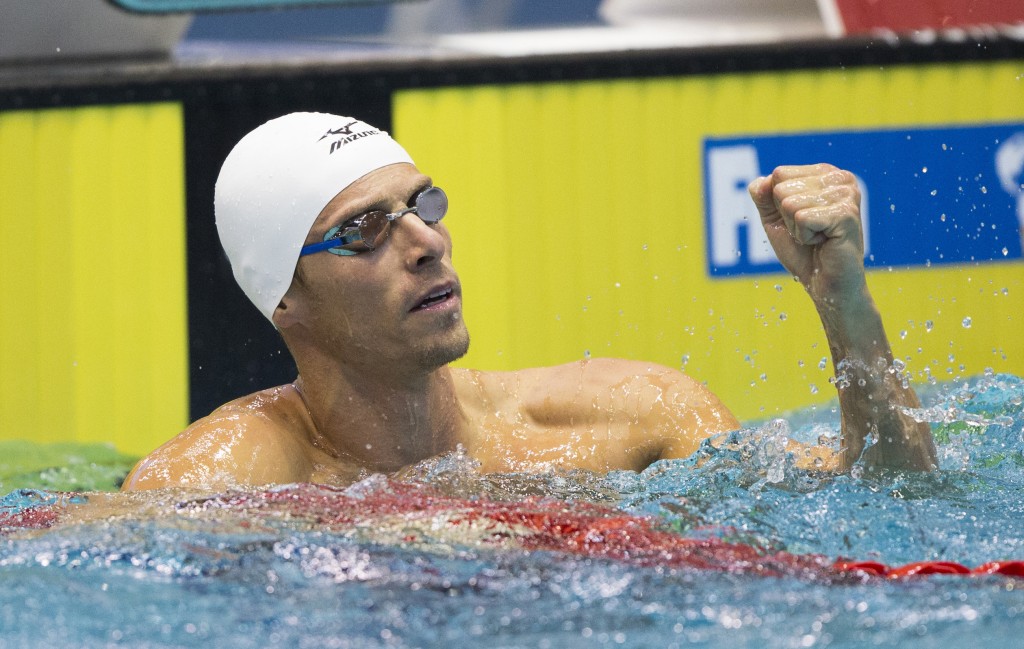 Former Olympic swimming champion Roland Schoeman said Saturday that contaminated supplements were responsible for him failing a doping test and being banned for a year.

Schoeman claimed in a statement that his positive test for metabolites of the substance GW501516 in May 2019 was likely down to contamination in “carefully selected” supplements he was taking at the time.

The South African said there were no problems with two doping tests he took before the failed test or two immediately after.

GW501516, also known as Cardarine or Endurobol, is banned by the World Anti-Doping Agency in the category of “hormones and metabolic modulators.” WADA also alerted athletes in 2013 that it failed medical trials and was a toxic threat to health if used as a performance enhancer. It's a black market substance considered to be a cancer risk.

World swimming body FINA announced Wednesday that it had banned Schoeman for a year from May last year.

“It's important to note that FINA would normally apply an automatic two- or four-year ban for doping based on the evidence,” Schoeman said in his statement. “I sat in Lausanne with FINA officials for over seven hours, answering any and all questions. It's testament to FINA's understanding that this was possibly inadvertent cross-contamination that I only received a one-year ban.”

Schoeman said by the time he was notified of the failed test, “there was none of that month's supplement supply left” to check for contamination.

The 39-year-old Schoeman said he's still aiming to swim at the Tokyo Olympics this year. His ban ends on May 17. The Olympics start in late July.

“Frankly, I disbelieved other athletes when they claimed contamination,” Schoeman said. “I now know from painful experience that it isn't quite that simple.”