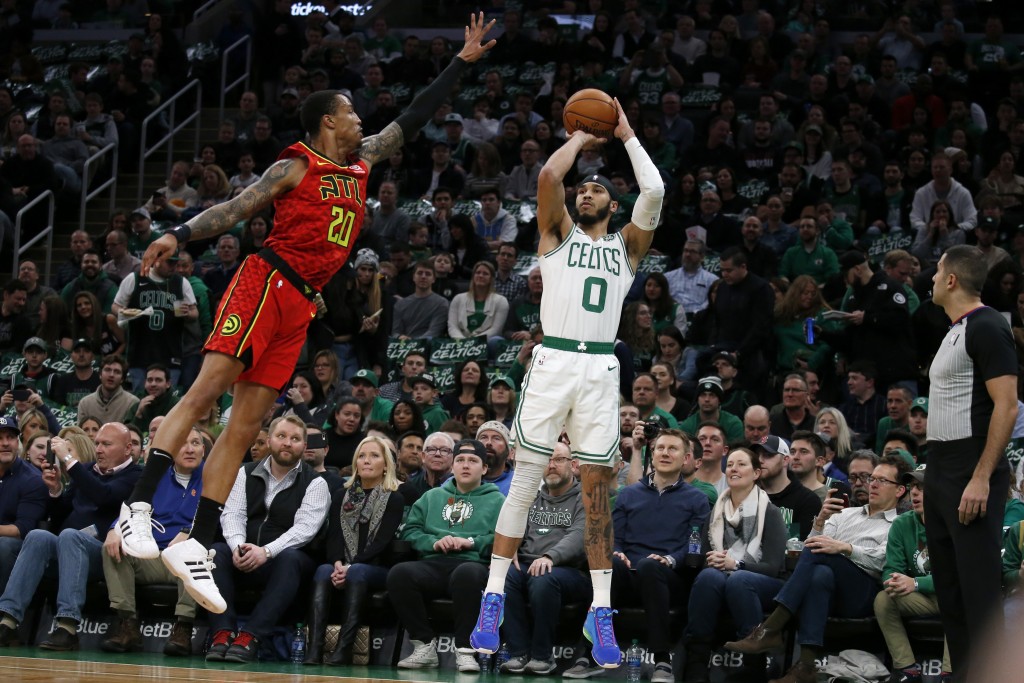 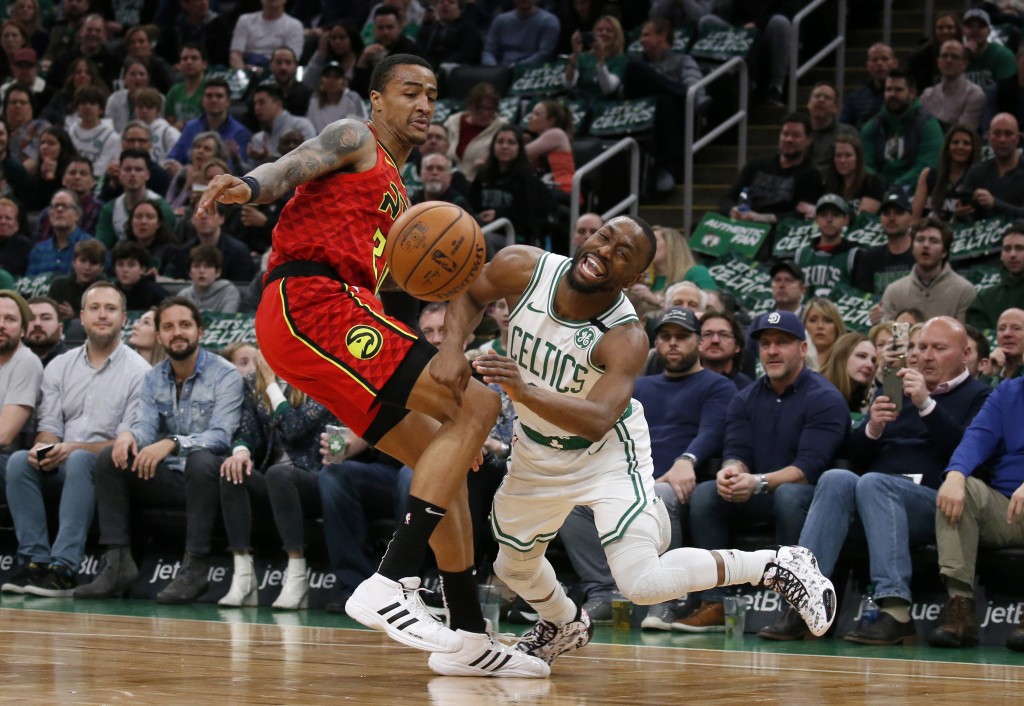 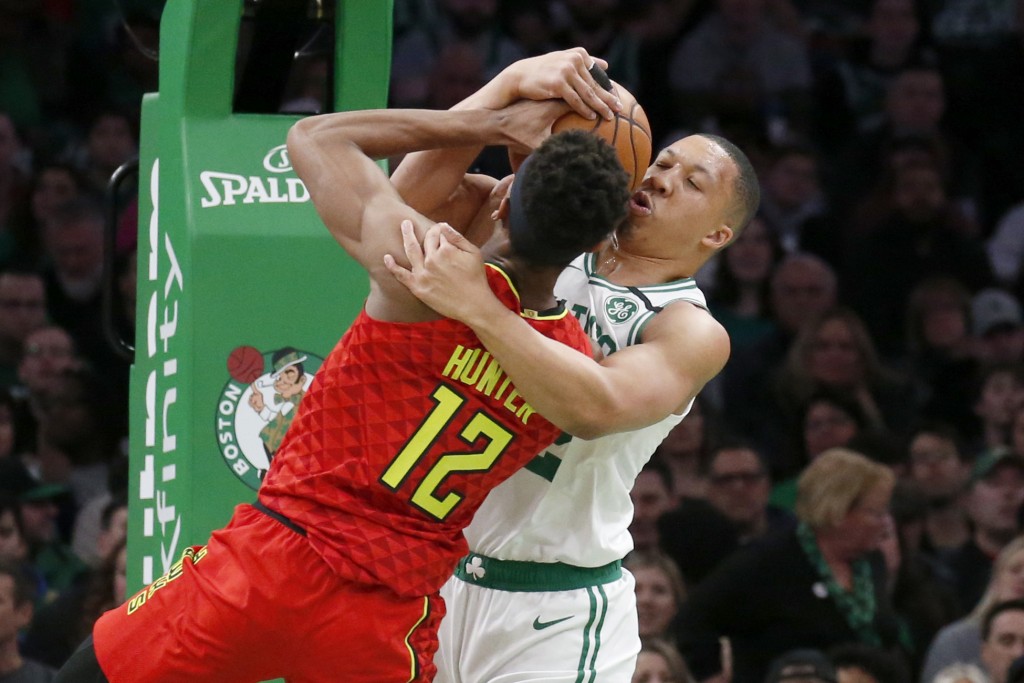 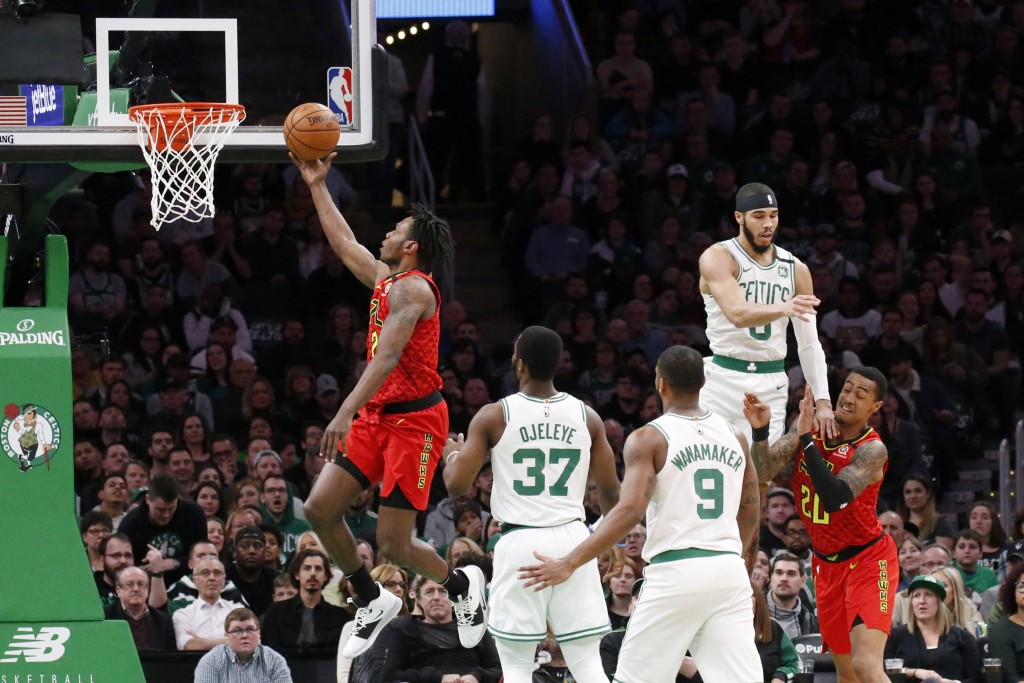 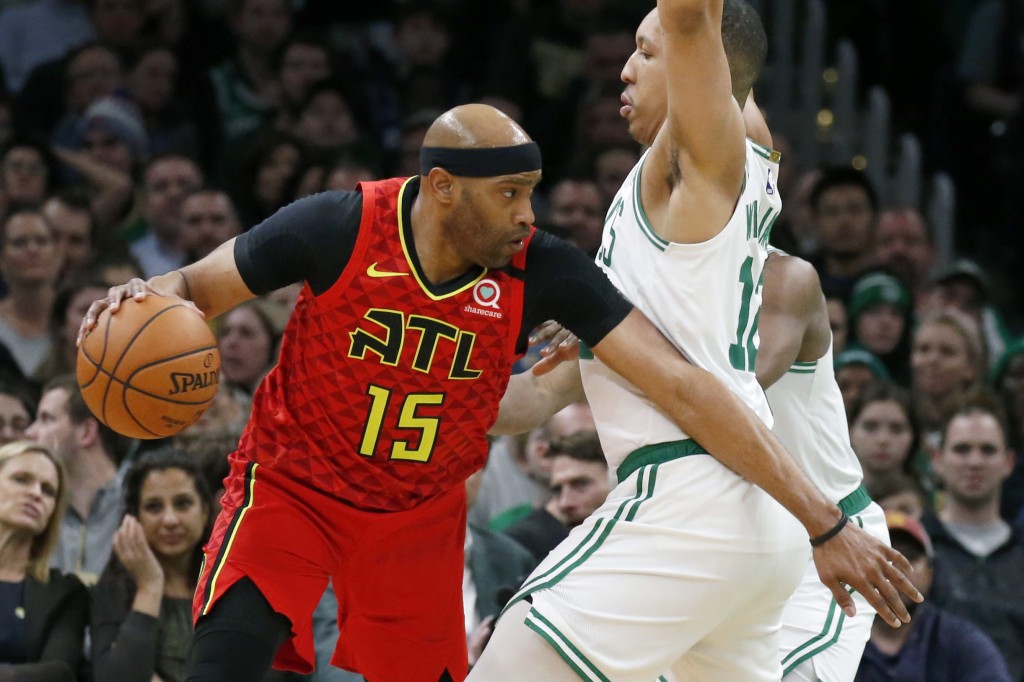 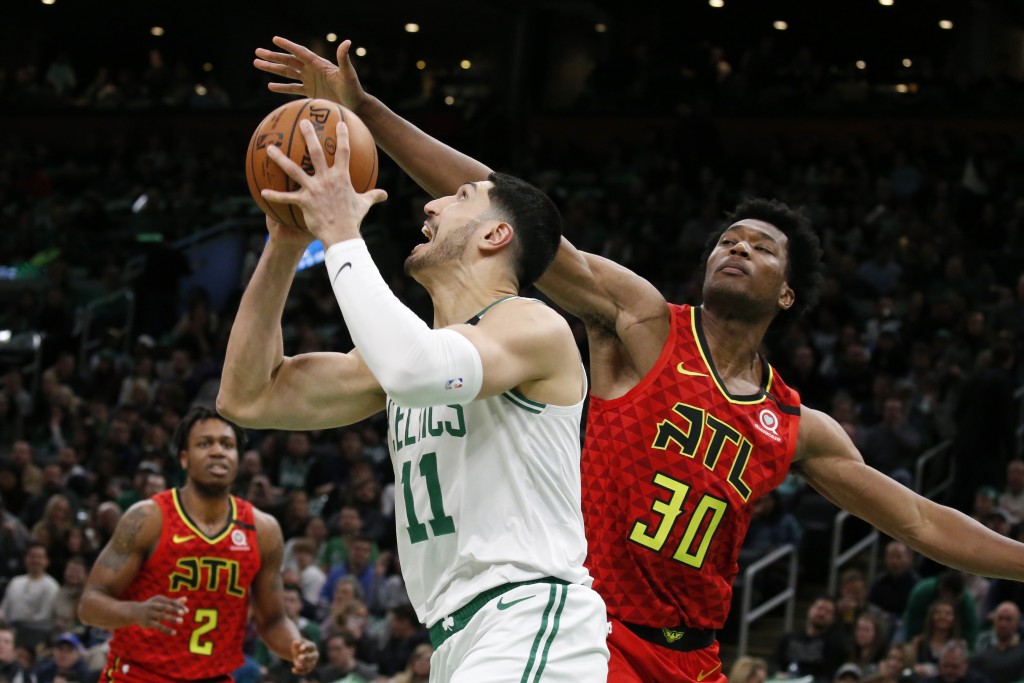 BOSTON (AP) — Jayson Tatum had seven 3-pointers and scored 32 points to help the Boston Celtics hold off the Atlanta Hawks 112-107 on Friday night.

It was Tatum's eighth consecutive game with at least 20 points. Enes Kanter added 16 points and 15 rebounds as Boston posted its sixth consecutive win.

Atlanta led at halftime, despite having only nine players available and playing without Trae Young, DeAndrew Bembry, Cam Reddish and Bruno Fernando. But the Hawks struggled to make shots in the second half.

They got within 110-107 with 41.3 seconds to play on a dunk by John Collins. The Hawks got the ball back with 18.3 seconds left, but Kevin Huerter and Brandon Goodwin both came up empty from 3. Romeo Langford corralled the rebound, was fouled and hit both of his ensuing free throws.

The Hawks also didn't have trade deadline acquisitions Clint Capela, Dewayne Dedmon and Skal Labissiere, who hadn't yet joined the team as they awaited their deals to be officially completed.

The Celtics took advantage, jumping out to a 21-7 lead, which included 17 combined points by Tatum and Walker.

But Boston's second unit of Semi Ojeleye, Grant Williams, Vincent Poirier, Brad Wannamaker and Tremont Waters shot just 1 of 8 from the field over the final 6:46 of the opening quarter. Atlanta finished the period trailing 28-26, getting 11 points from John Collins and 10 from Kevin Huerter.

The Hawks outscored the Celtics 29-26 in the second quarter and took a 55-54 lead into halftime. The Celtics responded, outscoring Atlanta 22-11 over the final 7:29 of the third quarter to take an 87-73 lead into the fourth. The Hawks shot just 6 for 21 from the field (five turnovers) in the third.

Hawks: Fell to an Eastern Conference-worse 6-22 on the road with loss.

Celtics president of basketball operations Danny Ainge presented Atlanta's Vince Carter with a plaque prior to the game congratulating him on his “22 season Hall of Fame career.” The plaque included a photo of Carter — then with the Raptors — shooting a jumper over Paul Pierce. It also included logos of the eight NBA teams the 43-year-old Carter has played for during his career.

Later, Celtics fans erupted in cheers when he checked into the game midway through the first quarter.

Celtics: at Oklahoma City on Sunday.