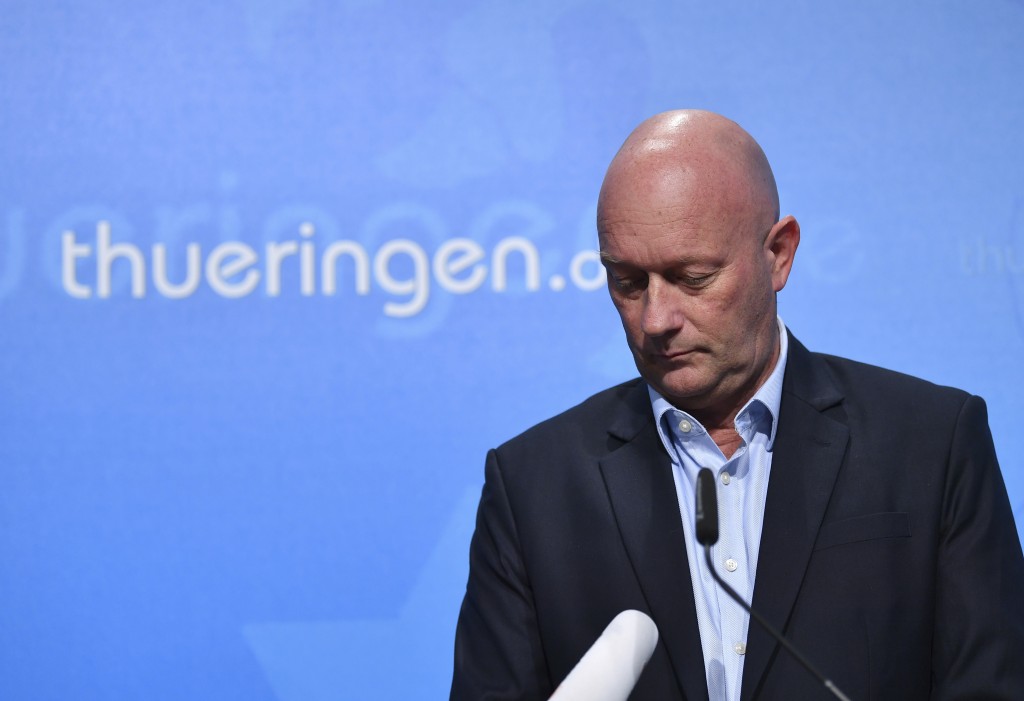 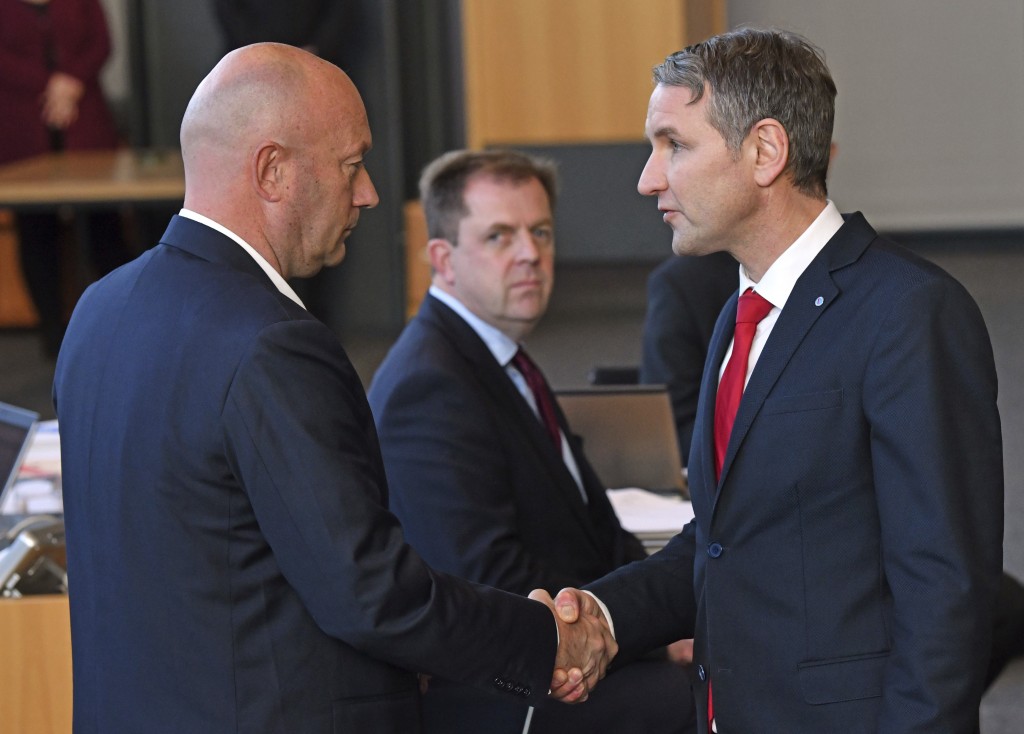 BERLIN (AP) — German Chancellor Angela Merkel's party grappled Friday with the fallout from a state governor's election with both its support and votes from a far-right party, vowing not to work “directly or indirectly” with the far-right.

The election of Thomas Kemmerich as governor of the eastern state of Thuringia shook German politics and highlighted tensions in Merkel's center-right Christian Democratic Union.

Kemmerich's election was only possible thanks to a maneuver by the far-right Alternative for Germany, or AfD. When the state legislature voted to pick a governor Wednesday, the party threw its support behind Kemmerich in an apparent bid for mainstream respectability.

Kemmerich's acceptance of its votes appalled left-leaning parties and many in his own center-right camp. Merkel called his election “inexcusable.” The politician from the small pro-business Free Democrats announced the day after he was picked as governor that he planned to step down.

Annegret Kramp-Karrenbauer, who succeeded Merkel as Christian Democratic Union leader in 2018, gathered the party leadership in Berlin for a crisis meeting Friday.

Kramp-Karrenbauer had struggled to impose her authority since taking over the party's leadership and emerged weakened after CDU's regional lawmakers ignored a recommendation from Berlin not to back Kemmerich.

The debacle also highlighted the dilemma of a party that long said it would not ally with either AfD or the Left Party of Thuringia state's popular previous governor, Bodo Ramelow. The Christian Democrats shun the Left Party as a descendant of East Germany's ruling communists.

A small faction in the CDU has advocated a more relaxed approach to AfD, which is at its strongest and most extreme in the east. There also has been disagreement on how to deal with the Left Party.

Participants at Friday's party meeting agreed unanimously that “for the CDU in Germany and the CDU in Thuringia, it is still the case that there will be no cooperation with AfD, either directly or indirectly,” Kramp-Karrenbauer said.

She said her party is ready for “constructive cooperation” in finding a solution to the mess in Thuringia, but won't elect a governor from the Left Party or one who depends on AfD votes.

Kramp-Karrenbauer called on center-left parties to present a candidate “who doesn't divide the state.” If no solution can be found, she said, “new elections are inevitable.” The last state election took place in October.

A poll published Friday suggested that CDU support could collapse in a new vote in Thuringia.

The events this week also have revived tensions in Merkel's national coalition with the center-left Social Democrats. Coalition leaders are to meet Saturday.