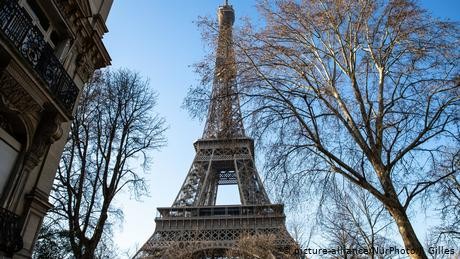 A new round of protests across France on Thursday has led to the closure of iconic sites like the Eiffel Tower, as French unions keep up the pressure on President Emmanuel Macron and his pension reform plans.

The protests were at their peak in December and early January, lasting for an uninterrupted seven weeks. Nonetheless, the French president's pension reform was passed by his Cabinet and has been brought before the National Assembly.

Macron has argued that the new system will be fairer, as all pension contributions will result in the same level of payment. He has also argued that a single system is more suited to fragmented modern careers.

Unions have challenged Marcon's logic, saying the reform will force most people to work longer and could weaken the pension rights of those who have suffered periods of poverty or unemployment.

Demonstrations in Paris had a much lower turnout than those of the past couple of months. CGT union head Philippe Martinez acknowledged as much, speaking at a march in eastern Paris.

"Not everybody is in the street, but there are actions every day," Martinez said. "We are far from being at the end of the movement."

According to Le Monde, a major discrepancy remains over turnout at the protests. French Interior Ministry figures and those reported by the unions differ with the government figures showing that participation in strikes and protests is steadily declining.

The first debate of the pension law at the National Assembly will take place on February 17. On this day, the leading union at Paris public transport firm RATP has called for its workers to strike.

"Unsa-RATP restates its unfailing opposition to this reform project and calls on all workers to make February 17 a black Monday for public transport," the union's secretary-general Laurent Djebali said in a statement.

The last time that transportation employees participated in a labor stoppage, Paris public transit was brought to a virtual standstill.