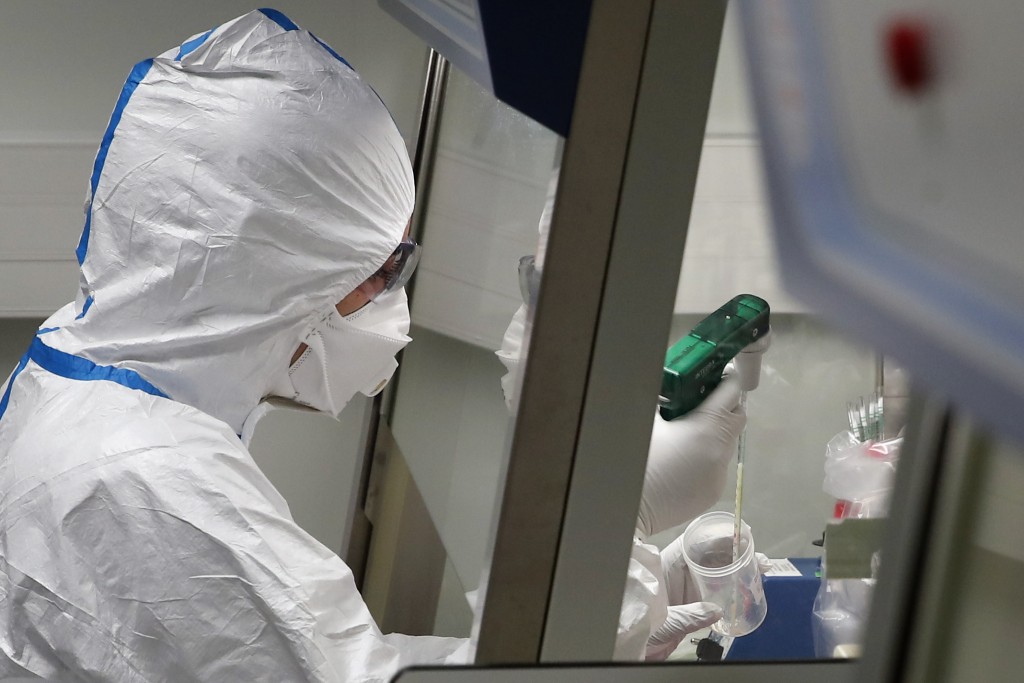 Taiwan's National Health Research Institutes (NHRI) said Friday it is working "night and day" to develop a vaccine against the novel coronavirus (2019-nCoV) but said a market-ready product would likely come too late for use in the current outbreak.

The government-funded research body said in a statement that it was simultaneously proceeding with research into four types of vaccines, one of which could produce results within two to three months.

Following the announcement, NHRI Chairman Lin Tzou-yien (林奏延) said researchers are aiming to create a vaccine that produces a high level of immunity against the coronavirus in rats within two months, before beginning clinical trials within six months.

Liao Ching-len (廖經倫), the director of the NHRI's Institute of Infectious Diseases and Vaccinology, said in an interview, however, that as genome sequencing of the virus had only recently been completed, it was still too early to discuss how effective a possible vaccine might be.

From the laboratory to the market, the vaccine development process will likely take one to three years even in a scientifically advanced country like the United States, so the coronavirus vaccine won't be able to combat the current outbreak, he said.

According to Liao, of the numerous vaccine development strategies, the NHRI decided to simultaneously proceed with four types, which are being carried out using the institute's existing platforms.

The first of these, a peptide vaccine, uses protein components to engineer targeted immune responses, and can likely be developed within two to three months, Liao said.

A second type, known as a recombinant vaccine, takes a virus that is safely and effectively used in other vaccines, and modifies it to include gene coding for immunity to other viruses.

Development of a recombinant vaccine will likely take three to five months, Liao said. For the third and fourth approaches -- DNA and subunit vaccines -- Liao did not lay out a time frame.

More broadly, Liao emphasized that epidemic prevention measures must consider all possible contingencies, and said the institute's current vaccine development work would have an important role to play if the coronavirus becomes a public health concern in the long term.